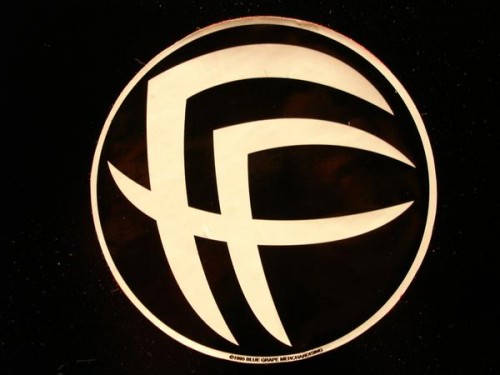 Last week I took the trip out to Jaxx in Springfield to catch the industrial-metal, throw-back, double-bill of Prong and Fear Factory. Motivated mostly by nostalgia for two bands that I was a fan of in the 1990’s, I trekked out to suburban VA’s, heavy metal, bunker, Jaxx to head-bang and mosh with one of the most aggressive and devout crowds I have seen in a decade. The entire experience felt like I had tripped into a space-time continuum hiccup and teleported back to 1995.

In 2010, Heavy Metal is still a hugely popular genre but inside the beltway its fans trend toward a more intellectual appreciation of the heavy stuff. I would say that I fall into this camp as I greatly enjoy post-metal bands and the more experimental and envelope-pushing a Metal band gets the more interested I become. Unfortunately, DC is also home to an enclave of hipster Metal “fans” who listen to the older stuff with sly ironic grins; a position I loathe because it seems to be more about mocking the music than appreciating it. While I have been enjoying the Metal experimental frontier for years, I believe a true Metal fan’s love of the genre must be founded in the classics of the genre; loud as an air raid, heavy as a ton of bricks, and finger-bleeding fast.

There is no irony to be found at Jaxx. The club exists as a last-stand outpost for the old school enjoyment of big, dumb, metal in a world that has for the most part moved on to more sophisticated music forms. In other words, thank the dark lord and his minions for a place like Jaxx. Oddly-placed in a tiny strip-mall, this club is a living monument to all things Metal. I haven’t been to Jaxx in 15 years, and although the place has been remodeled, it felt exactly the same as it did over a decade ago. With its sunken mosh-pit floor and in-your-face stage, Jaxx is an ideal place to see former genre titans thrashing against the chains of fate and refusing to acknowledge their faded glory. At Jaxx the crowd is hard-core dedicated to their heroes; they scream along every word, head-bang en masse, and mosh more than any crowd I have seen inside the District in years.

This show caught my eye for a few reasons. Prong and Fear Factory felt like a perfect pairing with their industrial slant on trad-Metal. The last time I caught Prong they opened for Danzig and totally upstaged him with their forceful presentation. Fear Factory are a band I never saw in concert before. Their line-up woes over the years have always turned me off from shelling out hard-earned green to see them, even though their album “Demanufacture” is one of my all-time favorite metal albums.*

The double-bill piqued my curiosity enough to research it and I discovered that Fear Factory’s original guitarist, Dino Cazares is finally back in the band. In addition FF moved their bass player, Byron Stroud, back to bass (from guitar), and added one of the best Metal drummers ever, Gene “Atomic Clock” Hoglan. This was enough to convince me to buy a ticket. Then I heard Fear Factory’s latest album “Mechanize” and began to get very excited. “Mechanize” is a perfect return to form to the classic 90’s Fear Factory sound. So good in fact that it erases the lesser 00’s albums from memory almost completely.

I got to the club just in time to hear an opening band’s final song. Ending with a chant of “We love women, we love weed, get fucked up!” I knew I wasn’t in Kansas anymore. One look at the crowd also tipped that off right away. Jaxx was filled with a teeming throng of pissed-off teenage boys in black band t-shirts, past-their-prime Metal babes still giving it their all, and a gang of truly awesome old metal warriors from back in the day. It was one of the roughest looking crowds I’ve seen in awhile. The whole place reeked of sweat and anger. Everyone from the kids to the grandpas had the same look in their eyes that said, “Life may be shit but tonight it is time for some fist-pumping, mosh-pit dancing, aggression-fueled, me time”.

I’ll keep the Prong section of this short and to the point because they were not nearly as good on Thursday as they have been in the past. Tommy Victor was having a good time, but he was playing all the guitar parts himself, and I felt his awesome trademark high-pitched guitar lines got lost in the muddle of playing the rhythm guitar parts. Victor’s vocals were also a bit lackluster. In a word Prong’s set felt lacking. It was merely a fun run-through of their greatest hits. I enjoyed it but might not have without the nostalgia factor. The highlight for me was their performance of “Whose Fist Is This Anyway” which is one of my favorite Prong songs. Prong’s set adhered strictly to the speed-limit on memory-lane, which had me a little concerned about what the recently reclaimed Fear Factory would have in store for us.

The crowd didn’t seem to notice any of this though. Dutifully and enthusiastically singing along during Prong and then swelling with anticipation for Fear Factory. I particularly enjoyed the fact that there were so many kids at this show. Young genre music fans provide such unique energy to a show. It was great to overhear groups of kids discussing hypothesized set lists and band rumors. They were all so excited. It reminded me of when I was a kid and every show I was allowed to go to was a really big deal. For some of the kids there, I bet Thursday’s concert was the show of their lives.

Luckily for them Fear Factory completely delivered. The renewed energy provided by the return of Dino Cazares and addition of Gene Hoglan, combined with the successful recording and release of “Mechanize” had the band bringing out their ‘A’ game. Fear Factory played a set-list that was perfect for the old-school FF fan; composed of the very best songs from their very best albums, it often felt like they were playing each FF song I had hoped to hear as I prepped for the show earlier in the week. The set heavily featured the albums “Demanufacture”, “Obsolete“, and “Mechanize” which strengthened the trilogy aspect of the two classics and the new album. We were also treated to a song from “Digitmortal” and ‘Martyr’ off of “Soul of a New Machine“.

Fear Factory presented a great live show. I was very impressed with lead singer, Burton Bell’s, vocal delivery. He switched gears between a shouting angry digital demon and a spooky crooning ghost-in-the-machine so quickly and frequently it felt like there was some hidden controller maliciously changing his channels with a remote. For years I had no idea he sang all of the vocal parts and I was surprised to see him doing so live. Fear Factory offer an ultra-heavy sound and it was amazing to hear it produced by live musicians. Gene “Atomic Clock” Hoglan had a perfectly insane Metal drum-kit and worked it like the precision master that he is. Stroud, back on bass, sounded great as he kept time with Hoglan while offering up abysmally deep grooves that made the mosh-pit dance around like some post-apocalyptic tribe. Finally Dino on guitar just killed it. The guy looks like some kind of evil cousin to Gimli from LOTR; a short, thick, broad-nosed dude wielding an electric guitar into battle. Dino plays an industrialized guitar that sounds like the engine of one of those bone-crushing tanks from Terminator. The live sound generated by the combo of this line-up was incredible. The whole package sounded like the soundtrack to some future of humankind gone horribly awry as imagined in 1995.

Fear Factory’s great performance in the setting of Jaxx, with its time-warp sensibilities, and the awesome crowd made for a Heavy Metal best-case scenario. I doubt this show would have been nearly as fun if it took place in town. As I said near the top of this piece, thank the dark lord for Jaxx. Now somebody go sacrifice a goat to keep this line-up of Fear Factory together for a few more new albums.