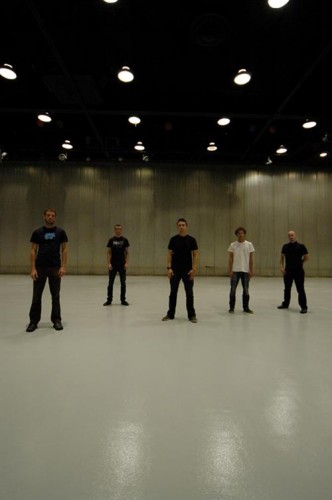 It all began as a simple tour announcement. ISIS playing with The Melvins at 9:30 Club on June 16th. For a few weeks, ISIS fans assumed that this would be an ISIS show with The Melvins as the opening act. Then it turned out that The Melvins were listed as the headliner and ISIS would be opening. And Isis fans let out a collective groan of disappointment. Then ISIS made the bombshell announcement that they are breaking up and that this tour will be their last. And ISIS fans took to the street: crying, breaking stuff, and banging their foreheads against walls like the Ayatollah Khomeini had just died. In reaction, ISIS and The Melvins wisely switched schedule spots for the remainder of the tour. So it was that noise-rock mainstays, The Melvins, opened for post-metal originators, ISIS, when they played together at the 9:30 Club on Wednesday night.

I have seen The Melvins more times than I can officially count. They are one of the all-time great opening bands. I have seen this noise-rock group open for Helmet (at least twice), Tool, Butthole Surfers, Jello Biafra (they also played as his backing band), and many others over the last 18 years or so. Perhaps because of this seemingly eternal-opener status, I have never really given The Melvins their full due. In the last year or so however The Melvins have been playing with a dual drummer line-up (ever since absorbing the group Big Business) and I have been more impressed with them than ever. When they opened for The Butthole Surfers at Regency Ballroom in San Francisco last year, they really brought the house and I was mightily impressed. The one big reservation I have about The Melvins is their goofy humor. They fool around a lot while performing, which I find off-putting because I know they are capable of seriously crushing noise.

This was the case on Wednesday night. The Melvins took to the stage to the theme from “Rawhide” wearing their usual ridiculous outfits. This is a fine opening bit and it would be great as if in San Fran last year, the humor stopped there. But it didn’t. Musically The Mevlins are a super-tight noise-rock unit that really destroy the listener when they perform live. The dual drummers mirror one another in an almost inhuman way that is fascinating and somewhat exhausting to watch. The Melvins’s drummers are so good live that you can actually become so absorbed in watching them that you flinch when they unexpectedly break formation from each other with crazy drum-fills. Add to these spectacular drummers, some of the deepest, sludgiest rock guitar and bass you are likely to find and you make for a pretty great live set. Wednesday’s Melvins’ set was great for the most part, but they did a lot of musical humor that continually pulled the listener out of the moment. I know that this veteran unit must have some larger scheme behind what they are doing with the humor, but I just don’t really get it. I wish they would stick to the dirty, dumpster noise-rock and leave the humor for rehearsals.

I should mention here that the 9:30 Club felt completely packed for this show. It seemed like people were jammed into every nook and cranny of the place. I am tempted to say that people were hanging from the rafters just to get the point across; while that did not happen, it is what it felt like. I assumed everyone was there for ISIS’ big farewell. After all, in the music business, everyone comes out for a funeral. There weren’t half as many people at the last 9:30 Club ISIS show. Where were these fans then? Too bad most of them were not there, they missed the best show in DC of 2007.

ISIS are the band that combined the epic sound and structure of post-rock and applied it to heavy metal to create post-metal. If they are remembered for one factor of influence it should be that. They are the fathers of a genre. I have seen ISIS five times and they have made my year-end, best-of DC lists three times. I consider them one of the very best live acts going. So it is with a heavy heart that I went into Wednesday night’s show, knowing it would be the last time I would ever see them perform live.*

It is also with a heavy heart that I must report that Wednesday’s set was the least of five times I have seen ISIS perform live. Perhaps because they know they are done as a group, or maybe because they were tired, or maybe because it was just a bad day for them, whatever the reasons, ISIS’ set on Wednesday night was lacking. That is not to say their set was bad. By no means was it bad. But it was a little disappointing. Every time I have seen ISIS play live, they bring passion, precision, and perfection to deliver what could arguably be some of the best individual sets of music I have ever seen. To see them playing an average, run-of-the-mill live set is disappointing.** To have that set be their swan song is a little heart-breaking.

The problem with their set was that the band seemed to be just hacking away at the songs. It was a very forceful set that had a certain primal appeal. Very metal for sure, it got everyone moving, myself included. But therein lies the problem. ISIS are a post-metal band. Their music appeals to the inner-ape and the enlightened mind. On Wednesday night ISIS performed their songs with a thuggish approach that entertained but did not wholly satisfy. It was an entertaining set of music to be sure, but I feel that ISIS’ material and their legacy deserved a little more.

** A similar thing happened when I saw Radiohead for the third time. My first and second Radiohead shows were epic, the third was not bad but couldn’t hold a candle to the previous sets. Sadly, even the greats can be average from time to time.