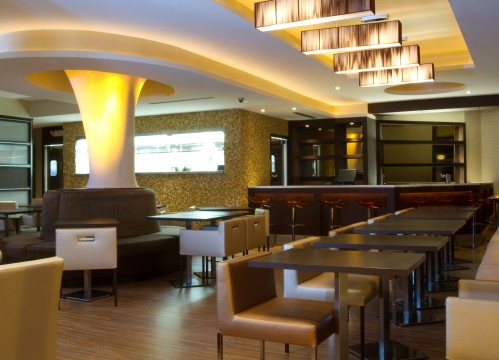 Since opening in May, Morso has already seen more drama than an entire season of Top Chef. Less than a month after this contemporary Turkish restaurant launched, Executive Chef Ed Witt abruptly left due to a “difference in creative philosophies.” The restaurant closed for almost two weeks to regroup, leaving its more casual sister, Morso Express, to satisfy Georgetown’s culinary cravings. Morso finally reopened last Friday with new chef Michael Steinberg at the helm. By his own admission, the self-taught Steinberg’s previous experience has largely been limited to the front of the house, making him an unusual choice to serve as top banana.

It would be difficult for any restaurant to recover quickly from such a major shakeup so early on. And judging by the so-so food quality, it seems that Morso hasn’t yet regained its footing. During a private grand opening party on Wednesday night, the mezze on offer were artfully presented but generally lacking in flavor. It’s a shame, because the restaurant’s sleek, chic interior would pair beautifully with sinfully delicious cuisine. Designed by the Bethesda-based NOA group, the small space pops with orange acrylic bar stools and metallic gold tones. Every detail oozes sexy sophistication, from the clean, streamlined chairs and tables to the subtle texture of the rear wall’s Jerusalem stone. Thumping music and slick, glassed-in wine racks finish off the trendy, clubby vibe. 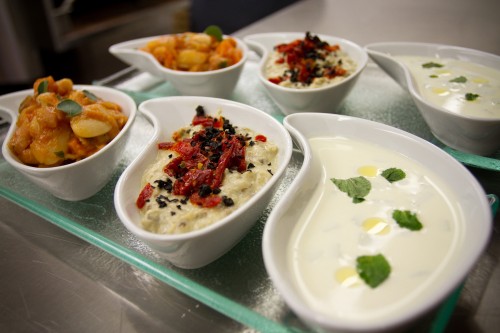 Unfortunately, the interior’s boldness didn’t translate to the food sampled by my dining companion and I. The dolmas were bland and utterly forgettable. Mini chicken skewers were juicy and tender, but had little flavor besides a vague hint of tomato. Tiny, bite-size versions of their pides were also on display. With healthy doses of melted cheese, these adorable little nibbles were tasty, but eerily reminiscent of frozen mini cocktail quiches. Hopefully, the pides leave a better impression in their larger form. 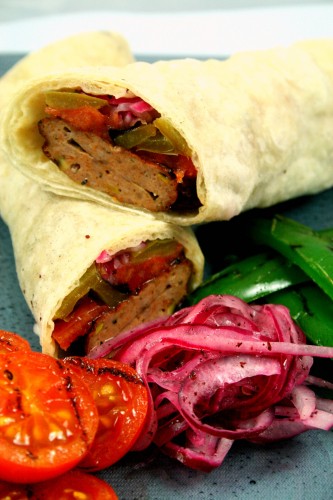 The best bite of the night was the warm grilled octopus. While many restaurants believe octopus is meant to taste like rubber, Morso’s version was delicately soft and perfectly chewy. Even without its normal accompaniments, it stood up beautifully as a true showstopper. The spiced lamb sliders were also very good, though a bit more yogurt and onions would have helped balance out the patty’s meaty density. The biggest personal disappointment were the grilled Medjool dates. Wrapped in pastirma and stuffed with goat cheese, these could have been a masterpiece of smoky, sweet and savory. Yet the flavors and textures somehow didn’t take flight.  All in all, the result was underwhelming.

Unfortunately, with Morso’s prices, one expects more than simply underwhelming. Small plates range from $8 to $16, pides are $12 to $14, and kebaps top out at $18. If you’re going to charge more than the mezze masterpieces at Zaytinya, there better be a good reason. 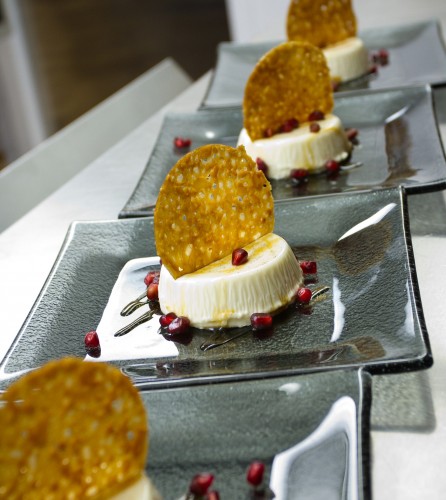 The cocktail menu, however, was more promising. Morso’s version of sangria, garnished with fresh berries, was cool and refreshing with the perfect balance of sweetness. Although we didn’t sample the remaining offerings, their innovative descriptions left me intrigued enough to think about coming back.

So what does the future hold for Morso? Will it find its groove after things settle down? With plans to change the menu seasonally, there will be plenty of opportunities for reinvention. Let’s hope they spice things up – literally – during their next, hopefully less dramatic shakeup.