‘DC All-Louisiana Crawfish Boil 05′
courtesy of ‘maxedaperture’
When I first saw the sign for Hot N Juicy Crawfish in Woodley Park, I thought, “wow, they put one of those Chicken/Chinese/Wings/Subs places in, weird.” Then after a little bit of Internet chatter, it came to be known as “the place from Man v. Food” which isn’t normally the best judge of gourmet cuisine, but at least I knew a high volume of their food didn’t give Adam Richman deathly food poisoning. And then in honor of their grand opening, the restaurant was offering a pound of free shrimp, no questions asked. With that offer legitimacy was down but intrigue was up. I decided to go for it. Food poisoning isn’t as bad when you don’t pay for it, right? 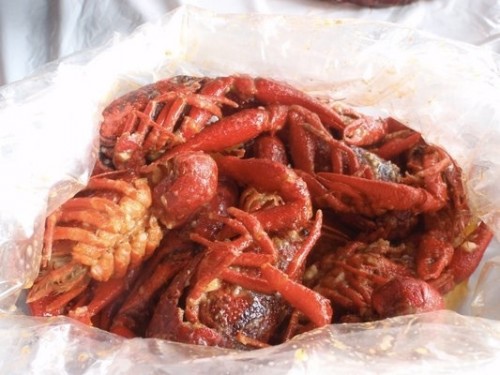