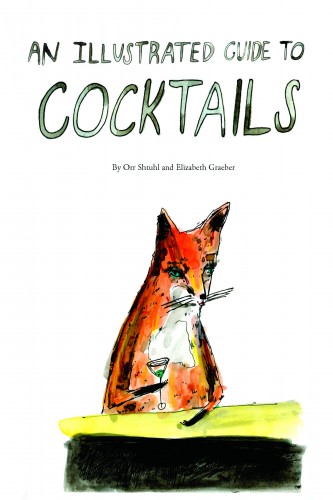 “Strong, sweet, and bitter—a good cocktail has the intrigue of an alluring drama, the joy of a salty-sweet dessert, and the sin of a vice. From the raucous innkeepers of the 18th century to the gangster bootleggers of Prohibition, liquor has always had a dark side, and cocktails are the keepers of its lore. Some creation legends include tales of the New York gangster and poker hustler Jack Rose, the famous matador film Blood and Sand, and a club dancer named Margarita Carmen that eventually became the pin-up actress known as Rita Hayworth. Where there’s a drink, there’s a story.”

That is the description offered for An Illustrated Guide to Cocktails by locals Orr Shtuhl and Elizabeth Graeber. The new release features recipes and origin stories for a variety of classic drinks, accompanied by beautiful and whimsical illustrations.

“Cocktails seemed like the perfect subject for us,” Shtuhl says of how the idea for the book came about. “They each come with their own little self-contained tales, and that’s how we wanted to set the book up. There’s a new story on every page, so it’s the kind of book you can open up in the middle and read here and there.” 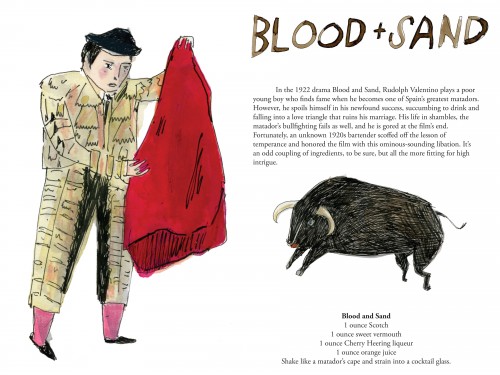 Every page also comes alive with vibrant and evocative drawings by Graeber, who’s distinctive and charming work may feel familiar to DC residents from appearances in Worn Magazine, Washington City Paper, and elsewhere. She had previously created a book about a “fictional, upscale sort of dining club” with a Jazz Age feel, which Shtuhl particularly loved and helped inspire this collaboration.

Shtuhl, too, is known to City Paper readers – in his case as the author of that publication’s The Beerspotter column. In that capacity, he writes about a beer each week – but cocktails are close to his heart as well.

“I’ve always loved cocktails, both as someone who drinks them and as a writer. Behind every cocktail, there’s a story — especially in the heyday of cocktails, around the turn of the century, these origin myths were important for spreading word about a drink, marketing it, in a way. And of course some of these stories were quite colorful, as were the characters who invented them.”

Obviously, this cheerful book is not an academic tome on the history of the American cocktail and does not attempt to be a complete compendium of recipes. Instead, it focuses on a few classics that can be made at home to be enjoyed along with a bit of story. The book would look lovely on table or make a charming gift. 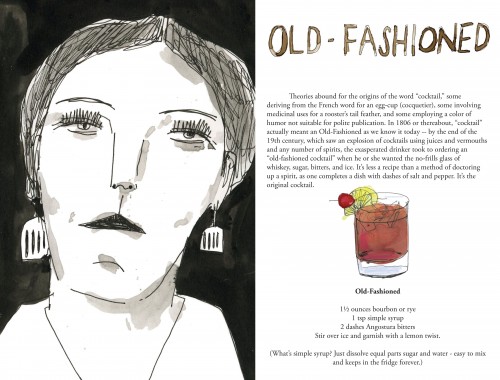 An Illustrated Guide to Cocktails is currently for sale at several local shops and on Etsy.

It can also be purchased at any of the stops on Shtuhl and Graeber’s book tour which will be taking them to many of the best bars in Washington. After a launch party at The Gibson, they took the show to SOVA last night, and, between June 20 and 27, will be stopping at Room 11, Bourbon, Breadsoda, and The Passenger. The collaborators will be available to tell cocktail stories and talk about the book – no doubt, over a few lovely drinks.

One thought on “Local Authors Debut “An Illustrated Guide to Cocktails””