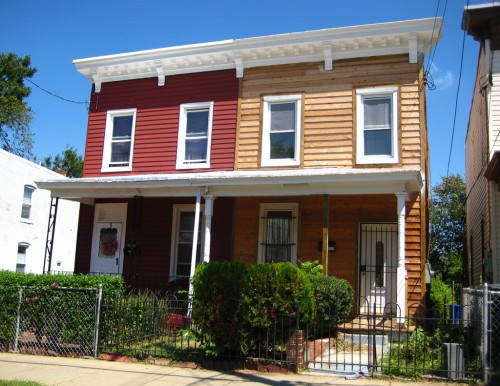 Welcome to another Where We Live.  Today we’ll be exploring the communities of River East, on the other side of the river that DC sometimes forgets about: Anacostia, Congress Heights, and Barry Farm.  These neighborhoods have rich histories, and are currently seeing massive new redevelopment projects.  Read on for the places to go and things to see in River East, a part of DC that you probably haven’t visited yet.

History: Anacostia was named after the Anacostan Native Americans, and when John Smith sailed up the Anacostia River he wrote that he was well received by these people.  Anacostia was originally a suburb of Washington and was incorporated into the city in 1854.  Anacostia was originally a working-class neighborhood, home to many people who worked nearby in the Navy Yard.  Despite covenants restricting the sale of land to African Americans and Irish Americans, by 1880 more than 15 percent of residents were African American.  Throughout the twentieth century the demographics shifted, with many working class white families fleeing the city, and Anacostia is now home to a high concentration (this National Park Service page says 99%, the 2000 Census says 96%) of African Americans.  Check out the University of Virginia’s Crossing the River online project that documents race, geography, and the role of feds in Anacostia.

Just a few blocks to the southeast of Anacostia, Congress Heights was developed in the 1920s as the end of a streetcar line.  There wasn’t much in the area aside from St. Elizabeths Hospital and Camp Simms, home of the DC National Guard.  The area grew to be a suburban-style residential neighborhood with a strong commercial component.  Today, both St. Elizabeths Hospital and Camp Simms are the sites of major redevelopment efforts.

Separated by a river from the rest of DC, the neighborhoods east of the river have typically failed to attract the type of development in other parts of DC.  For a long time, River East languished, and did not see as much Metro-related redevelopment as other parts of the city, like Shaw and Brookland.  But these neighborhoods are finally coming back: with more affordable housing, some beautiful historic housing options, and great access into the city, residents are finally seeing the value in the neighborhoods east of the river. Neighborhood Character: There’s lots of strip commercial development along Martin Luther King Jr Ave SE, and a historic district in Anacostia, but much of the area is residential in nature. Much of the residential development in River East consists of a variety of historic rowhouses, many with big front porches.  Parts of the area are more suburban in nature, with “rolling hills, parks and forests. Congress Heights has a lot of really beautiful green spaces. There is a lot of wildlife in our community. It is quite common to see deer walking in the neighborhood, bald eagles flying above and raccoons and foxes scurrying around after dark,” according to Nikki, a resident of two years and author of Congress Heights on the Rise.

There are big changes coming to this part of the city.  The Department of Homeland Security recently broke ground at St. Elizabeths for a $3.4 billion new facility, which will bring thousands of new employees to the area on a daily basis.  And there are a number of residential and mixed-use developments happening throughout the area that will really transform the area into more of a walkable neighborhood in the future.  David, an Anacostia resident of two years and author of And Now, Anacostia, says, “I think that Anacostia’s potential has me most excited of anything existing in the neighborhood right now.  In the two years that I’ve been here countless houses have been fixed up, a new office building has been built and filled with workers, a new photography lab / gallery has opened, and it has started getting the attention of a wider audience.”  It looks like the best is yet to come for River East.

Transportation: Anacostia and Congress Heights both have centrally-located Metro stations on the green line.  In the future, this are will be served by a streetcar (it was originally supposed to be operational this year, but delays have pushed it until at least 2012).  Walking and biking access is improving, particularly with the growth of the Anacostia Riverwalk Trail. ‘save the clock tower’
courtesy of ‘erin m’

Neighborhood Links: Continuing with the trend of active blogging communities in historically disadvantaged neighborhoods, there are a lot of great sites to check out here: 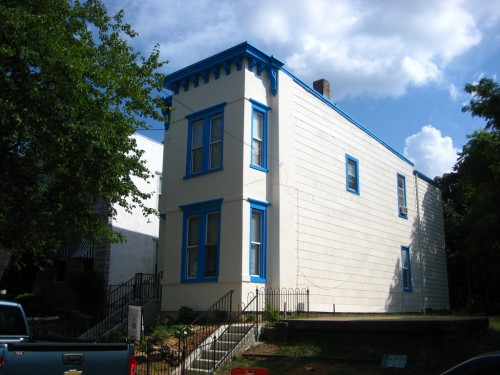 Why We Love It: This is a part of our city that has historically been ignored, and now is its time to shine.  With major investments coming to the area, the number of sit-down restaurants in the area will grow beyond one, the housing options in the area will increase, and the area will recover its identity as a walkable, mixed-use area.  There’s so much to offer here that you can’t get in the city, like access to nature, affordable housing, and beautiful historic properties.

As more people realize what this area has to offer, Nikki says that people will “be pleasantly surprised.  Sometimes the grass IS greener on the ‘other side’.”  It seems like River East’s current residents are in on a secret that is taking everyone a little longer to realize.  Says David, “We have a few awesome galleries, so if the saying’s true that ‘artists get there first’, then we’re on our way to something better pretty soon. Seriously, Anacostia is way too close to Navy Yard, Capitol Hill, Downtown, and Arlington for this to be off the map for much longer.”

14 thoughts on “Where We Live: River East”