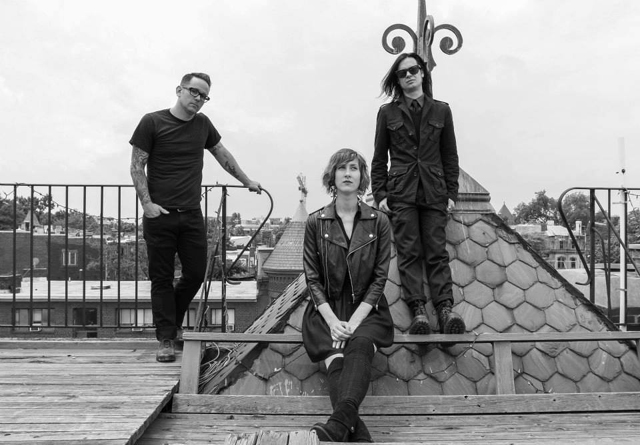 MM: The first song is evocative of works by Cold Cave and The Faint and maybe quite a bit like an early ’90s synth band called Iris. Clearly, Depeche Mode has been an influence. Are there any others?

SP: Wow, thanks! It’s a huge compliment to be listed in the company of great bands. I think that our influences are pretty vast, but that being said we clearly love synth-based bands. Obviously, my love for 80s alternative music is clear — Depeche Mode, The Cure, The Smiths, the list goes on and on. One of my big influences musically is older Ministry, the “With Sympathy/Twitch”-era Ministry. I definitely take a lot of cues from Depeche Mode in terms of structure and also performance wise in that they were/are an electronic band with clear rock band sensibilities. Both Denman and Katie have widely varied musical tastes, but I think it is our love of electronic music that drew us together.

MM: The band is fond of posting pictures of vintage synthesizers on your Facebook page. Tell me about the instruments that you’re playing? Do you plan to record with vintage equipment in the near future?

SP: Hahaha…yeah, I am clearly a music gear nerd! My weekly “Synth Porn” post is really paying respect to the backbone of all electronic music, the synthesizer. I know that really sounds cheesy, but it’s so true! What is so interesting to me about this style of music is a band’s sound is defined largely by the gear they chose to play; this was especially true in the 80s. Technophobia’s sound is comprised of mostly vintage analog synthesizers; we do not use computers. We used an Oberheim DMX drum machine, a Sequential Circuits Pro One, a David Smith Instruments Prophet 08 (not vintage but it has a huge analog sound), and a Korg Ploysix in recording “Waltz Demise.” For live performance, we also use a Sequential Circuits Six Trak and a bunch of other boutique synths. It has been a challenge and a great deal of fun to create the setup for Technophobia. You really need to work out the details for a band like this…and there are a lot of details!

MM: Many people know Steve and Katie from the splashy FYM Productions dance nights at the Black Cat, which focus on revisiting music from the ’80s. Has that experience affected your approach to the band? Musically or logistically?

SP: I have always been a musician first; in fact, I first moved to DC in the late 90s specifically to play in a band. I got into DJ’ing after the fact, through a few friends who used to do a night at Kingpin for those people who remember that place. I do feel that growing FYM’s events and pushing ourselves to do bigger and better nights has changed my perspective a bit on performance. Our DJ nights have always had visuals in an attempt set us apart from other nights and Katie is the reason for that. She has a great eye for set design; she has experience on movie sets and with theater production. A little known fact is that Katie has been in a few horror movies. She dies very well! We have definitely carried that aesthetic over to Technophobia. When I was in the Opposite Sex, which was a DC based death-rock band, we always had projections on us and very interesting visuals. I don’t think Technophobia’s live show will disappoint.

MM: By the way, your first show in DC is taking place backstage at the Black Cat while an ’80s dance party is taking place upstairs. Coincidence? [DJ Lil’e spins her Anti-Prom party upstairs the same night.]

SP: Yeah, it was not exactly by design, but it seemed like a smart fit for sure. I believe it’s a 80s/90s/00s party. I have known Erin for a long time, and it’s always nice to have familiar faces around when you are playing a show.

MM: What’s next after the first show? More shows? An album? Do you hope to tour eventually?

SP: This show will get us up and running and we do plan to play more shows this fall in DC and out of town… touring is definitely in the cards. We have a bunch of stuff in the works right now, one of which is releasing a remix of “Waltz Demise.” We will be going back into the studio in early October; we record at Lavabed Recording Studio in Mount Rainier, Md. We are planning on recording two new songs and releasing a 12″ single with possibly another remix. My goal for this band is to release a single every four months or so, find a label with decent distribution, and to tour Europe. Please keep checking our Facebook page and website for updates. 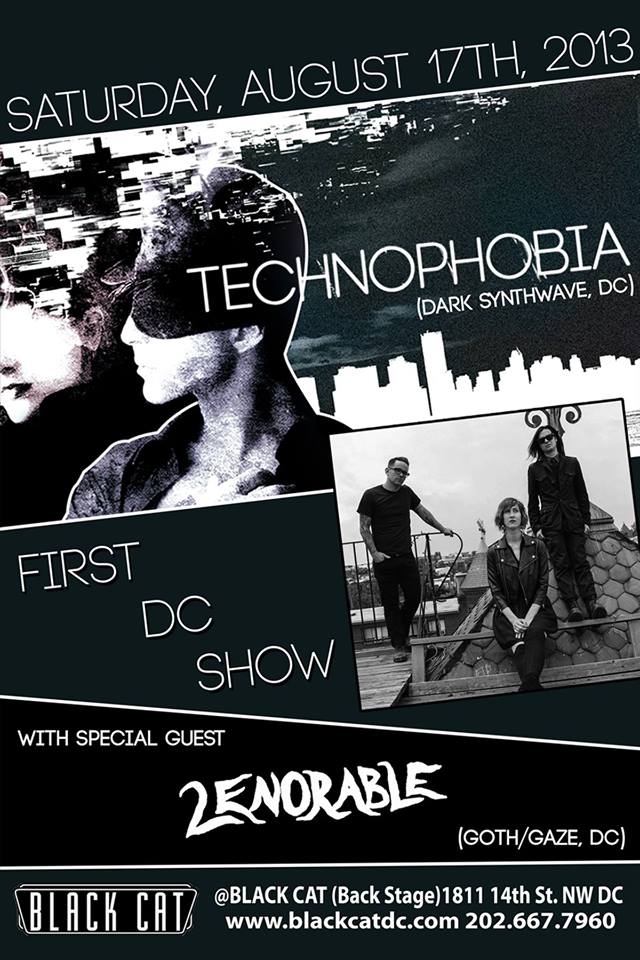