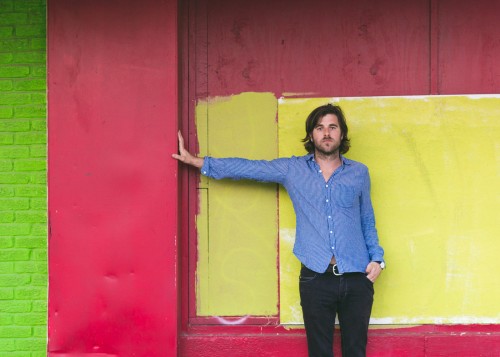 After passing through the area to play an intimate solo acoustic show at Catoctin Creek Distillery in Purcellville, VA as part of the Buncearoo Presents series this past summer, Graham Colton returns to the DC-area this weekend to promote his newest album Lonely Ones. Colton’s efforts on his latest release are a result of working hard to push himself as an artist and collaborate with trusted friends and musicians.

Catch the DC-area installment of the Lonely Hearts Tour at Jammin’ Java this Sunday, February 23.

With the release of Lonely Ones and the tour you’re currently on, what can you tell us about your artistic reinvention and how would you describe the catalyst that encouraged you to get outside of your comfort zone?

I wouldn’t say it’s a reinvention but more of a snapshot of who I am and where I am now. My life looks and feels totally different than a few years ago and I hope it means I’ve grown a lot. I put my creative trust in my friends in Oklahoma and for the first time didn’t travel to Nashville, LA, or NY to ‘make music.’ These are some of the most talented musicians I’ve ever worked with and all of them know where I’ve come from but wanted to push me into a new space.

In regards to your songwriting and performance style, what did you find yourself focusing on when writing/recording Lonely Ones? Is there a particular example of how you tested yourself in order to grow as an artist during the process?

I had no desire to make another singer/songwriter album. I wanted to gather my friends and bandmates in a room and find a sound first. I knew if I found that first the songs would come. Vocally and lyrically I didn’t have a huge desire to be heard. I just wanted my voice to be another instrument.

What was it like to not have the clock ticking and to show up and not feel pressure while recording at Black Watch Studios in your home state of Oklahoma?

It was amazing! I was able it literally push buttons and twist knobs for hours until I found something inspiring to write to. Also the Support I received on Kickstarter allowed me the creative freedom to explore and take my time. That’s rare for independent artists these days.

Since you weren’t chained to your guitar this time around, how did you find the “sound” for Lonely Ones? What was that process like?

The first song we wrote started when I borrowed some crazy keyboards from Wayne Coyne and the Flaming Lips. He literally said try this and that using these crazy keyboards and songs would appear…. and he was right. The feeling of writing like that was terrifying and exciting because it was so uncomfortable. The majority of the album was written in a room with my bandmates. It was super fun to have no control in the instrumentation at times. All I could do was find melodies and lyrics for the noise that was happening in the room.

What are you most proud of with your work on Lonely Ones and what is your goal for the album now that it’s released?

I’m most proud that I didn’t settle. There isn’t one moment on the record that looks backwards.

I have no idea… and that’s the most exciting part! I hope more touring!