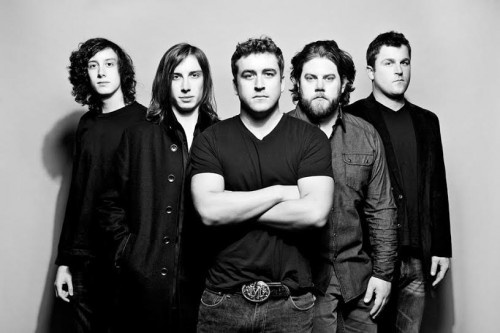 When asked what drew him to the initial meet-up and eventual collaboration as a band member, Matt said, “I knew the attraction immediately to playing with Willie and Truman was like, ‘Wow, this is my first opportunity to play with people that are actually writing songs, [and] good ones at that.’”

The Morrison Brothers Band spent a majority of their formative D.C. years rehearsing more than they played live. Their big breakout gig was in the summer of 2009 when they headlined and sold out The Birchmere in Alexandria, Va. “I guess the tone of everything sort of changed at that point,” Matt said. “At first it was a Summer thing [but] then, after [The Birchmere show] it kind of became a 365 thing, another year after that it became a touring thing, and now we [want to] go all those different directions as thoroughly as we can.”

The good news is, the guys are well on their way to that.

Within the past year alone, the band has opened for Country legend Merle Haggard as well as Country stars Frankie Ballard and Maggie Rose and have found success among those diverse crowds of fans. At the Merle show and even Frankie’s, the band observed that it was a mostly over 50 crowd. But when it comes to shows like the ones they play at the 9:30 Club and subsequent equivalents, it’s an under 50 crowd turning up to rock live. They’ve got a diverse appeal and are grateful for the support.

For example – when they opened for Frankie Ballard, a mother of two young girls approached the band after the show and said, “You know, I brought my two daughters out to see Frankie and I loved the way you guys played, you reminded me so much of Little Feat.” That comment in and of itself pretty much made Matt and the band’s life that much better. Why? While the band’s a huge fan of Little Feat, Matt admitted that Little Feat has been his “favorite band with no exceptions basically forever.” The fact that somebody could hear that influence in their music just knocked him over.

In just seven years together, the band has worked to co-write all of their material as a group with each member spearheading their own song projects. As a result of that hard work, the tunes have a commercial appeal that leaves listeners feeling reminiscent of groups like the Zac Brown Band (who just happens to be a band The Morrison Brothers crew would love to play a show with one day). Their tracks have found airplay on D.C.’s Country station WMZQ and has are even in rotation at smaller stations in the South and Midwest.

“I think we’re really coming into ourselves and people are starting to recognize that,” Willie Morrison said.

What’s next for The Morrison Brothers Band after their celebratory 9:30 Club show on Friday? Two shows in Dewey Beach, Delaware and then it’s off to the recording studio in Beltsville, Maryland to lay down 2-3 tracks for their next EP.

“We just want to get to a place where we can be touring more,” Willie said. “We don’t get to tour as much as I think we’d all like to.” That’s a definite goal for the band moving forward and releasing more material is part of how they’d like to go about it. Travel from city to city and town to town and make new fans as much as they can, that’s the plan.

The Morrison Brothers Band will be playing live with Amy Wilcox at the 9:30 Club on Friday, July 11 in Washington, D.C. Tickets are still available for $20.