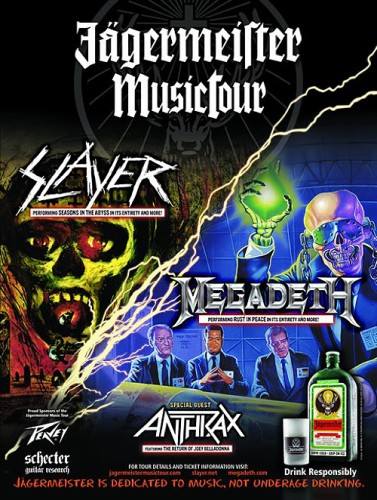 Anthrax rant aside, the rest of the Jagermeister Fall Music Tour aka American Carnage II otherwise known as Clash Of The Titans Tour Redux was a head-banging, air guitar dueling, kick ass, good time. Megadeth performed their classic album “Rust in Peace” and then some with arena-metal showmanship that, frankly, I forgot still existed. Slayer then took the stage to perform their second masterpiece “Seasons in the Abyss” along with a sampler of their greatest hits and delivered a mammoth set of skin-peeling intensity. The show was a fun mix of somewhat silly 80’s Metal nostalgia followed by a virtuoso performance by the best Metal band in the business.