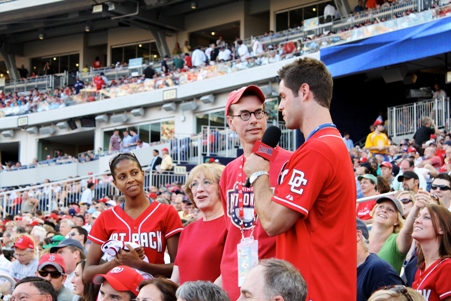 Mark Strattner has been a Nationals season ticket holder since 2005 and a National League baseball fan his entire life. He grew up the son of baseball fans from Dayton, Ohio, whose parents were from Cincinnati. The family’s blood runs deep with a love for the Reds, but mostly for the National League. This was a consequence of where he was raised. Young Mark was born not too far from the District in Norfolk, Va., home to a Mets triple-A team, but Mark says that didn’t count. END_OF_DOCUMENT_TOKEN_TO_BE_REPLACED