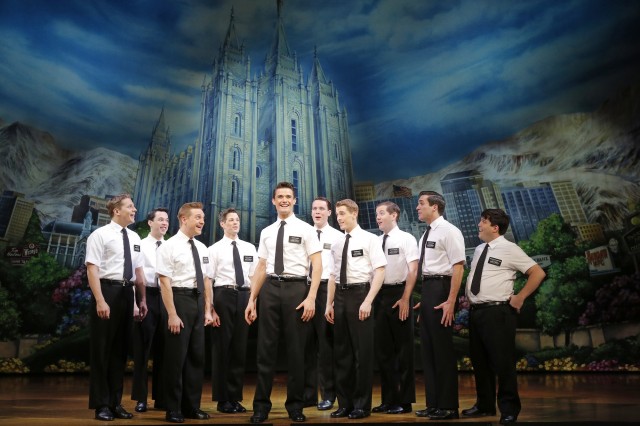 When DC ticket sales opened last winter for The Book of Mormon‘s first national tour, it crashed The Kennedy Center’s servers. Then it happened again; soon after, the whole run sold out.

For over two years, the 9-Tony-winning NYC production has maintained over 100% capacity on Broadway – unheard of in today’s climate. Tickets for the Broadway show still fly past $400. Oh, and locally? Certain sketchy websites are pricing orchestra seats at around $500, or about the cost of a movie ticket every week for a year.

It’s been called the musical of the century and the funniest of all time. Now it’s here and finally time to ask: does The Book of Mormon live up to the hype?