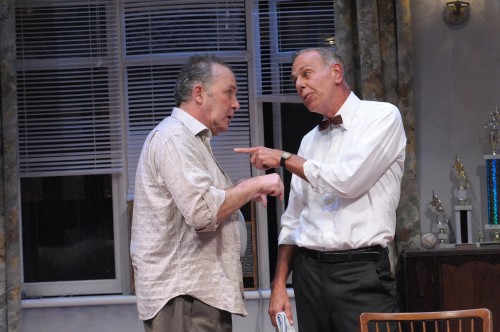 The show starts and takes place within the apartment of Oscar (Foucheux), a New York sportswriter. His friend Felix (Shiffman) is left down and out after his wife leaves him and Oscar comes to the rescue offering Felix a place to stay. The fact that the two are divorcees are the only thing they have in common. Oscar and Felix are complete opposites: Oscar a gambling, womanizing, slob and Felix a sensitive, neurotic, neat-freak. The calamity ensues as the two struggle to have their own way under the same roof. END_OF_DOCUMENT_TOKEN_TO_BE_REPLACED