Ever get the feeling that a band has toured too much recently? That they have developed a bit of a tired tour routine that could be freshened up a bit by some time off or some new material?

Unfortunately, such was the case with The Wombats, visiting the 9:30 Club Monday night from Liverpool, UK, promoting material from a pretty good second album, This Modern Glitch. Despite a lot of really clever post-punk songs, The Wombats couldn’t maintain enough momentum to keep the attention of the room, which was not quite 70 percent full, leaving audience members to drift way or to start texting people they would rather be spending their time with. It’s difficult to escape the conclusion that this situation was created at least in part by the fact that The Wombats had stopped in town exactly six months previously.

I consider The Wombats to be a talented trio. I went to their last show and interviewed their drummer beforehand. The Wombats had demonstrated that they are not a flash in the pan, which they easily could have been after the indie success of their breakout single “Let’s Dance to Joy Division.” Instead, they focused on solid song writing and catchy licks to produce a sophomore album that is better than their first, despite the lack of an equally catchy single like the ode to their Manchester post-punk forebears.

END_OF_DOCUMENT_TOKEN_TO_BE_REPLACED 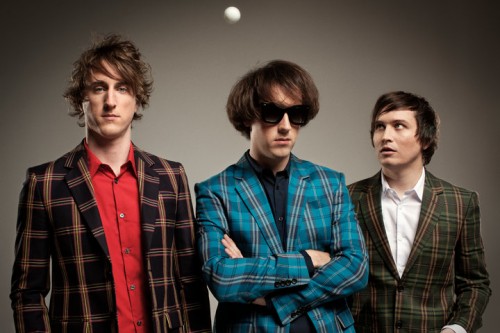