As Dave Barry would say, I Am Not Making This Up. END_OF_DOCUMENT_TOKEN_TO_BE_REPLACED 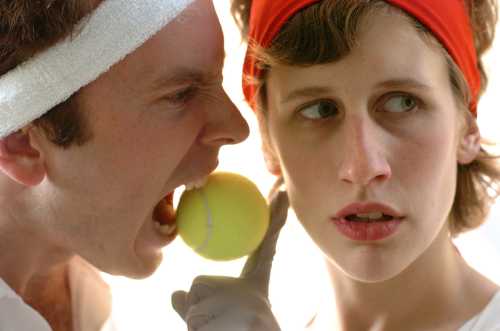 If we want to compare theatre to the movies, Hell Meets Henry Halfway is more David Lynch/Being John Malkovich than it is Rob Reiner/The Curious Case of Benjamin Button. The playwright in this case set out to write something with the novel as an inspiration, not to adapt the novel to the stage. The program notes say that the “theatrical mixtape” that is Henry is 1/3 the source novel, 1/3 the playwright and 1/3 the Pig Iron Theatre Company.

If that sounds a bit out of the ordinary, then you’re starting to get it. This isn’t an experience for everyone. Coming back from intermission I overheard the couple in front of me. “… well we can get our things and go, then.” “No….. we’ll stick it out.” I’m pretty sure people have gone to the electric chair with more enthusiasm than this fellow. Hell Meets Henry Halfway emphasizes character and feel over realism and does it well, but it’s a specialized taste. END_OF_DOCUMENT_TOKEN_TO_BE_REPLACED

“You should not have come.”

That’s how Mike Daisey opens his monologue at Woolly Mammoth, acknowledging that this is going to be a different kind of show. He’s very wrong, mind you: this show has a self-selecting audience that is sure to be glad they came. The show’s title assures that. Anyone who reads “How Theater Failed America” on a program schedule and thinks “that’s something I want to see!” is pretty certain to enjoy it, since anyone who isn’t predisposed to be interested in a critical examination of the business of modern theater isn’t going to be jazzed by a moniker that holds up a metaphorical axe and grindstone.

That’s really too bad, since this is a show that anyone can take something away from. (Well, presuming they’re not afraid of the word “fuck,” which Daisey uses pretty liberally.) Daisey intertwines examination, analysis, personal anecdote and touching revelation to create something worth hearing even if you couldn’t care less about what ends up on local or national stages. END_OF_DOCUMENT_TOKEN_TO_BE_REPLACED 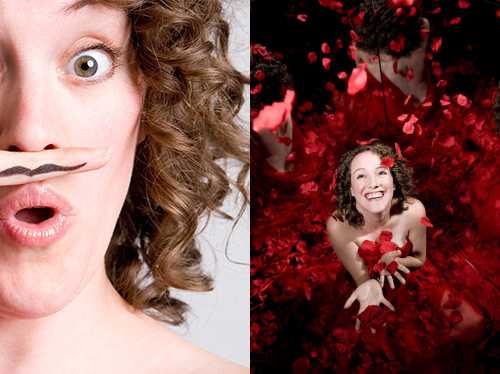 The only problem with that idea is that if I’d been at that production I wouldn’t have gotten to enjoy this one. The actors are all excellent, the set is beautiful, and Director Rebecca Taichman manages a flow and rhythm that pulls you along enjoyably. There’s one odd choice in the second half that took me out of the moment a few times, but it comes and goes quickly enough. There’s only one aspect that stands out notably and delightfully so. END_OF_DOCUMENT_TOKEN_TO_BE_REPLACED 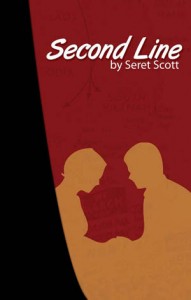 My Lovely Wife and I went to see Second Line, by Seret Scott, at the Atlas Performing Arts Center last week. What a great show. From the show’s website:

Spanning a 20-year period of tumultuous social change, Seret Scott’s Second Line is the story of two black college students whose lives are shaped by the stormy events of the 1960s and ’70s. Bennie and JoJo are in love, but their commitment is tested by the upheaval of the civil rights movement and Vietnam.

The story chronicles a 20-year love that was certainly tested by time, as the description says, but moreso by conflict. Outwardly by the ones listed above, but more deeply by interpersonal dynamics and differing opinions on their roles in society. Was it more important to be active in achieving change in society or was it more important to keep your head down and rise from within? Is there a greater obligation to oneself or to society? How should one go about satisfying that obligation?

END_OF_DOCUMENT_TOKEN_TO_BE_REPLACED

Drew Eshelman as the Nurse. Photo by Scott Suchman.

Shakespeare Theatre Company’s “Romeo & Juliet” is a perfectly acceptable production, with the usual beautiful sets and exquisite costumes one expects from them. But it’s a workhorse production, with nothing new to say or add to the performance history. That in itself isn’t really a problem – traditional mountings of plays allow one to reconnect on a basic level with text and character, and this would be a good introductory piece for say, a high school audience to view. But I expect more from STC.

I expected even more than usual, given the press materials’ quoting of director David Muse’s hope that an all-male cast would give a “fresh and dangerous and transgressive” approach to the production. But in this era, just doing an all-male cast is not going to give you transgressive. It isn’t even innovative anymore – companies such as the Globe and Propeller have been doing it for the last decade – a fact pointed out without irony by STC’s own materials (I kept waiting for the punchline in that article – “and now, DC finally catches on to the trend!”). There has to be something more to set it apart. So why do an all-male cast and leave almost everything else derivative and traditional? Oddly, this was the least testosterone-fueled production I’ve ever seen, the opening brawls lacking any sense of the explosive danger of the feud between Capulets and Montagues.

Matters aren’t helped by a Romeo and Juliet with absolutely no chemistry together. END_OF_DOCUMENT_TOKEN_TO_BE_REPLACED