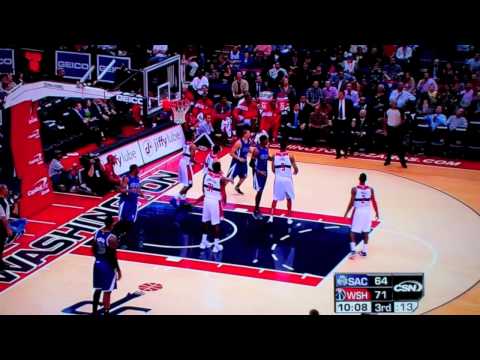 The voice of CSN color man Phil Chenier pretty much describes not only the play but the general outlook of the Wizards so far:

No, no, no indeed. Chenier hinted that McGee might get benched for the play and did shortly after. McGee did return to the game later on to and would go on to commit another goaltending violation. Nice to know that he learned his lesson.

Coach Wittman voiced his frustration with McGee after the game.

“What led to the goaltend, what was he supposed to be doing, see that’s the thing that people don’t understand that’s hard to explain ok? What his job in the pick and roll is, alright, is not let the guard get to the rim. Goaltending? That had nothing to do with it.”

The whole line was delivered with a Jim Mora Playoffs level of confusion and frustration that left the press room silent as Wittman tried to collect his thoughts and ultimately brought the post-game presser to an abrupt end.

McGee wasn’t the only Wizards called-out in the conference, Wittman also made note of a failed 360 reverse dunk attempt by Nick Young (6-23 for 17 pts).

Jordan Crawford led the Wizards with 32 points, a season high and the third straight game of at least 20 points. John Wall was one rebound short of a triple-double (21 points, 11 assists).

On the Sacramento side of the ball, Tyreke Evans and Marcus Thornton both put up 22 points to lead the team while Wall’s former Kentucky teammate DeMarcus Cousins led the team in rebounds with 16.

As the Wizards head into the All-Star break, the team will have to reflect on a first half of the season that has more lowlights than highlights. Tuesday the team travels to Milwaukee and returns Wednesday to face Orlando. 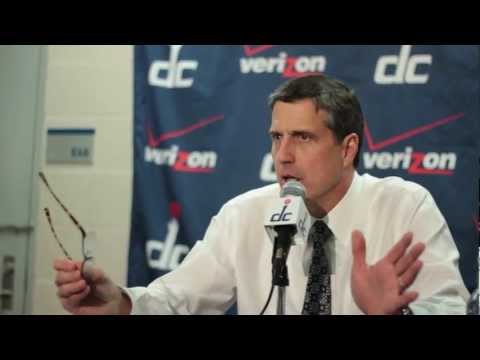