I swear time stops at Jimmy Valentine’s. It’s like an alternate universe, a wormhole, a gap in space. Every crazy visit reinforces the feeling that I’m Alice – diving through the looking glass while holding tightly to Hunter S. Thompson’s hand.

Or maybe it’s just that it’s a cracking good bar located in what many people would consider to be the NE wasteland. I’d hazard to guess that Trinidad isn’t high on the radar for any but the most adventurous night owls, though that’s changing radically with H Street’s success. Because of the location, a night out at Jimmy Valentine’s requires a certain commitment. The owners are committed as well, to keeping it grounded with locals as a place to hang out and have a good time, with a vibe that’s almost defiantly pretension-free.

END_OF_DOCUMENT_TOKEN_TO_BE_REPLACED Greene would lead the American Retreat across the Dan River, forcing General Cornwallis to make mistakes as he chased the retreating light horse. Greene’s beleaguered force would win the race to the Dan, taking all the boats across the river, leaving none for Cornwallis, and the American forces escaped into Virginia. Some say that Greene was second only to Washington himself in military ability and prowess, and did more for the Continental Army than many others who would go on to claim greater fame. END_OF_DOCUMENT_TOKEN_TO_BE_REPLACED 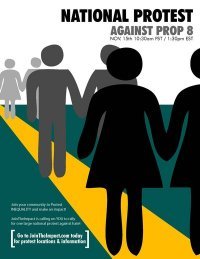 There seems to be a sizable across-the-nation protest shaping up for this weekend. In our area it’ll be in front of the Capital, of course, but there are sites listed in Baltimore and Richmond as well. Here’s hoping the 2,500 maybe-attending folks listed on the DC protest’s Facebook page will brave the rain and make some noise. This isn’t some temple of sushi where a plate of trembling tempura is placed in front of you with a reverential hush like it’s the freaking Holy Grail. You want that, go to Sushi Ko. You want pristine sashimi prepared by traditional chefs, go to Sushi Taro. You want beautiful experiments and the occasional fugu dinner, go to Kaz.

What you will get at Sticky Rice is irreverent cuisine, a florid interior reminiscent of a tattoo parlor’s secret bordello, and a crazy atmosphere like some art students’ late night party. And resign yourself to waiting on a busy weekend… this isn’t the place to hit with a hard time deadline.