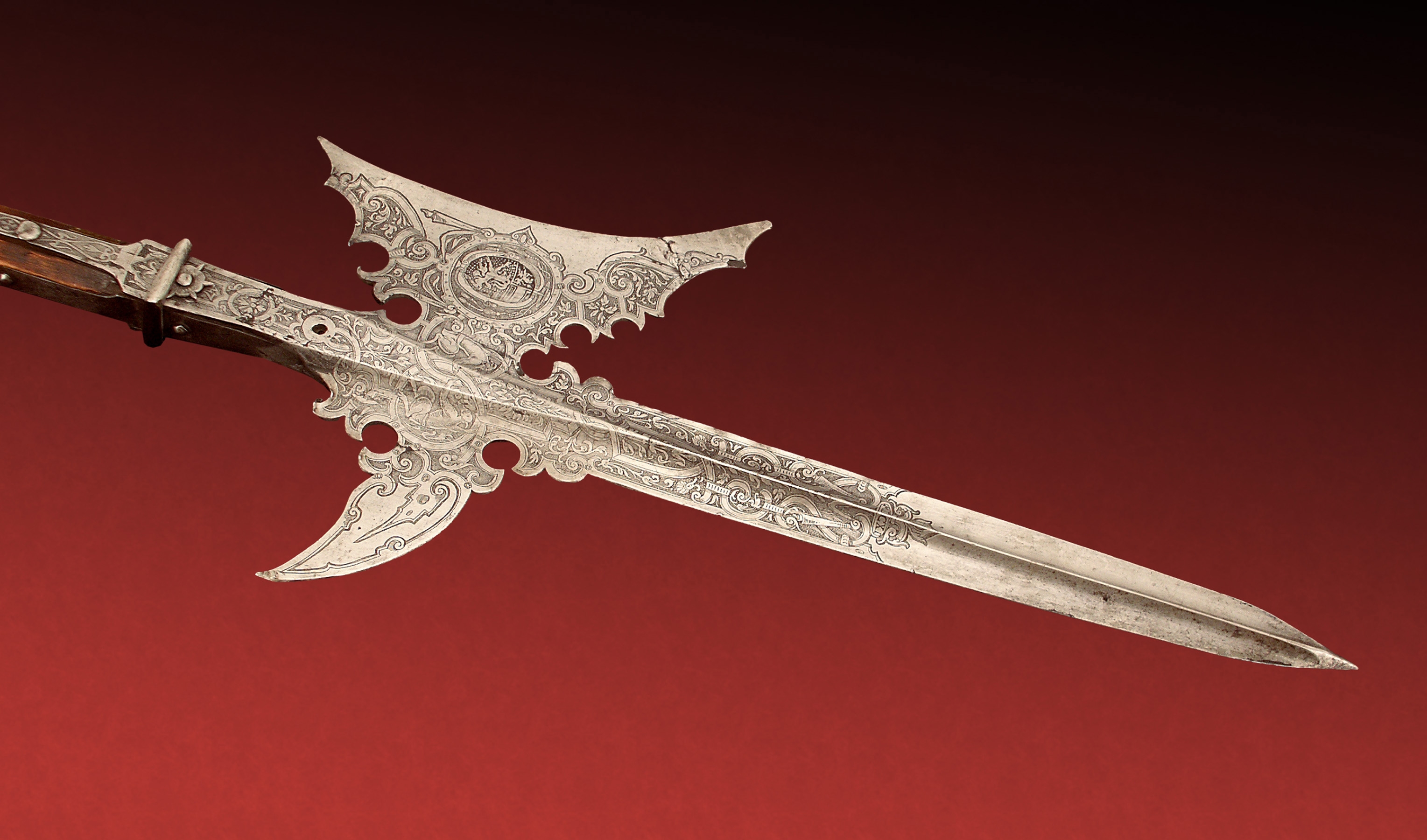 Currently running in a limited engagement, the Folger presents Now Thrive the Armorers:
Arms and Armor in Shakespeare, an exhibit where you come face-to-face with “a wide-ranging collection of armor and weaponry dating from the fifteenth through seventeenth centuries.” For you non-history types, that’s a critical period in arms development, as the nature of warfare across Europe underwent rapid change to keep up with evolving technologies and societal change.

The exhibit features primarily pieces from the Higgins Armory Museum, the largest collection of medieval arms and armor outside of Europe, along with several pieces from the Folger’s collection. According to Amy Arden, a Folger representative I was able to talk to, the “exhibition centers on Shakespearean plays in which arms and armor figure prominently while also exploring ‘real world’ weapons and fighting techniques from the period.”

Being a huge lover of Shakespeare and history buff, the exhibit sits right up my alley. There are several rare pieces on display for the first time in the DC area, including the gauntlet worn by Philip of Spain (husband to the nefarious “Bloody Mary”) and a three-quarter suit of Pembroke armor – a blend of military utility and exquisite craftsmanship. In all, there are over 40 pieces in the exhibit and also includes 34 books, manuscripts, and works of art from the Folger collection itself.

Amy answered a few questions I had about the exhibit:

Why bring the exhibit to Washington, D.C.?

As Shakespeare’s home in America and the world’s largest Shakespeare collection, we’re always looking for ways to engage with our many audiences and for fresh perspectives on Shakespeare and his world. We’re constantly looking at life during that period and how it connects and compares with what we’re experiencing today. The idea of doing an exhibition on a topic like knights and armor, which has so much appeal for people whether they’re 5 or 65, is very exciting for us. It felt very natural for us to partner with the Higgins Armory Museum to bring parts of their exceptional collection to Washington. The exhibition’s curator, Jeffrey Forgeng, is also the curator of the Higgins collection and is a true expert on these materials. We were thrilled he could share his knowledge with us.

What is one of the great hidden gems of the exhibit, aside from King Philip’s gauntlet and the Pembroke armor?

The exhibition has so many fantastic items with great stories behind them that it’s very difficult to choose favorites! In addition to the Pembroke armor and the gauntlet, there’s a sword from the last battle of the Hundred Years’ War, one of the greatest and most destructive conflicts in European history, that was recently uncovered. It appears that a solider dropped it as he fled the field. It’s been lying in the bottom of a river for centuries, and now it’s once again seeing the light of day.

We also have a helmet with an indentation left by a bullet, but not during battle. After gunpowder weapons were introduced, armor makers fired guns or muskets at their armor to prove that it really could stop a bullet, and these “proofmarks” are the result.

What one thing would you like visitors leave with after viewing the exhibit?

We hope visitors will leave with some new ideas about Shakespeare, and some new ways to think about his plays – and maybe even some cool facts about armor! The relationship between “real world” weapons and battlefield strategies and how changes in these areas influenced plays like Hamlet, Romeo and Juliet, and Othello is fascinating. Arms and Armor helps show us that Shakespeare was very aware of what was happening as new weapons were introduced, and professional soldiers started replacing aristocratic knights, and how he used the tension this created to produce legendary plays and characters.

One of the best things about this exhibit is the Folger’s use of other media to enhance it. Aside from actually visiting the museum and seeing everything with your own eyes, you can also visit the museum’s website and view an online tour as well as listen to a podcast on the exhibit. It’s fascinating information; for those of you’ve seen a Shakespeare show in the past (or seeing one soon at Harman Hall), I’d highly recommend checking it out.

The exhibit runs through September 9 at the Folger, located one block east of the U.S. Capitol Building at 201 East Capitol St., NE. You can call 202.675.0342 for more information.