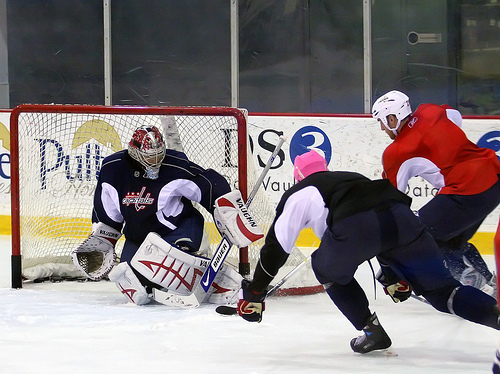 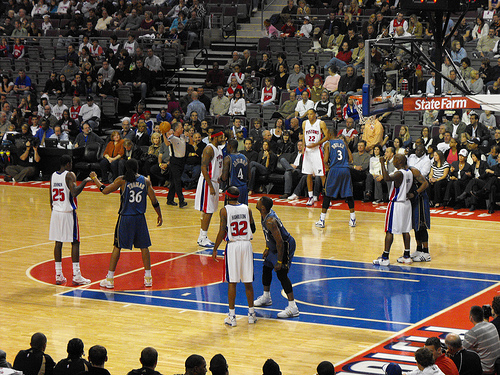 The Wizards
Record: 0-5
Past Two Weeks: 0-5
Place: Last in the Southeast. Last in the Eastern Conference.

Oofda. Well, 0-5 sounds pretty bad…largely because it is pretty bad. Antawn Jamison said, after the fifth straight loss to open the season: “The makeup of the locker room, the environment of the locker room needs to change. I’m not saying that it’s almost like acceptable, but guys are not upset. Guys are not hurting. This is your job. It’s all about representing what’s on your chest and doing it the right way.” This is not the Wizards team that played their hearts out the last few seasons. This is the Wizards team that might have a tough time taking down North Carolina. And well, that’s no way to start a season, is it?

Two weeks ago, we said that if the Wiz want to win, Caron Butler, Antawn Jamison and Nick Young would have to play like they mean it. So where are we?

Things drop of pretty precipitously from there. Those are the only three guys averaging double-digit points for the whole squad. Everyone else is stinking up the joint like Jason Kidd’s gym socks. Gotta produce to matter, Wizards! Let’s get those point totals up a little bit, yeah? Make it work. Wednesday the Jazz is in town, then it’s off to Miami on Friday. Let’s see if we can’t make it 2-5 before the weekend?

The Skins’ harbinger loss to the Steelers last week may have propelled President-Elect Obama to his current seat of power, but that was no reason for DC fans to be all that excited about last weekend’s game. With just two Suisham field goals in the first quarter, and no other offense to speak of, the Redskins had their bye week to think about how they screwed up before they face the Cowboys this coming Sunday in an 8:15pm Grudge Match on NBC. The ‘Skins won their first matchup with the hated and evil Cowboys earlier this season, and seek to revisit the hurt against an injured Cowboys squad. We’ll see just how this one turns out.

JEREMY: I beg your pardon?

DANA: Where are you strongest?

DANA: I heard you. Let’s talk about basketball.

JEREMY (HOPING): We could talk about baseball. Or hockey.

DANA: You’re pretty strong in baseball and hockey are you?

JEREMY: Not as strong as football, but–

JEREMY: I’m not gonna get the job, am I?

Tom Bridge is We Love DC’s Sports Fixer, but if you’re hot to write about hockey or basketball, shoot him an email at tom at welovedc dot com and see if you can’t talk him off the ledge before Spring Training.