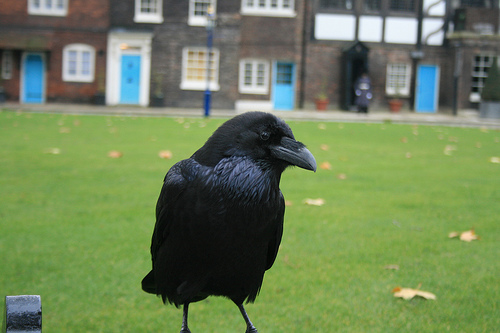 Sadly, they were the better football team yesterday, winning 24-10 in a game that wasn’t even that close. Ed Reed picked off a pair of Jason Campbell’s passes, and the Baltimore Defense kept Clinton Portis to just 32 yards. That’s a recipe for domination, right there, and the Redskins just couldn’t overcome it. Three games remain for the Skins, and they’ll need to win them all if they want a shot at the playoffs. They’re 9th in the NFC, a half game behind Philly. Two out of those three games should be easy triumphs: next weekend against the Bengals, and then in three weeks against my beloved, yet utterly hapless, 49ers. The real game here is in two weeks against Philadelphia, who disarmed the Giants this weekend. Tune it up, Redskins, you’ve got to come up big for your city these next three weeks. 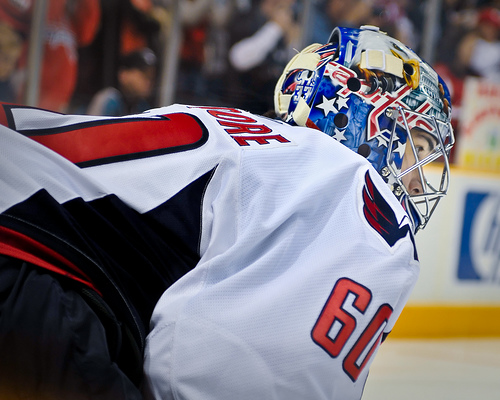 Despite losing last night 3-1 to the division rival Hurricanes, the Caps still lead the ‘weak’ Southeast by a four-point margin, though a win would’ve really shored up the Caps lead over the ‘Canes. The team’s been alternately hot and cold the last two weeks against Eastern Conference opponents. Not great, but definitely not bad. Still, the only true threat is Carolina, who is starting to get into the groove and will once again challenge for the top spot as the season goes on.

Ovechkin was named the NHL’s “Player of the Month” for November, giving the Caps a run of the season awards so far. Alexander Semin, you’ll remember, won October’s honors. Semin’s still out with a back injury, though he’s listed day-to-day along with Sergei Fedorov (ankle), Mike Green (shoulder) and Tom Poti (groin). Ovechkin failed to score a point in last night’s game but has been on a wicked tear, shooting to third place with 35 points (13 G, 27 A) in the NHL scoring race, right behind the Penguins power duo of Evgeni Malkin (43 points) and Sidney Crosby (40 points).

The injuries decimating the team so far has brought a bright spot, however. Keith Aucoin was called up from the Hershey Bears last week and has impressed Coach Boudreau with his (albeit limited) play. He’s going to have to be really impressive to stay, however, when the ranks of the wounded start coming back. We should be seeing the regulars trickling back in over the next two weeks. The Caps have three hard opponents coming up, starting with surprise powerhouse Boston here on Wednesday. 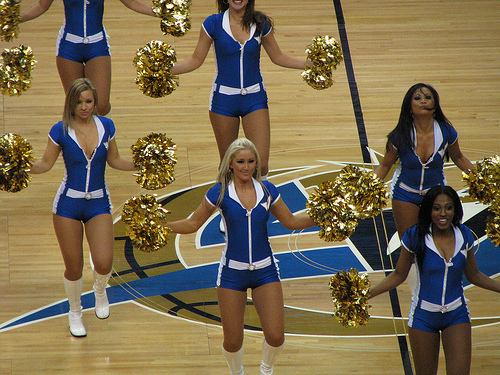 Wizard Girls by Terren in Virginia

The last time I finished this column, the Wiz were just 1-10, and Eddie Jordan was about to pay for the team’s poor performance. Ed Tapscott has now taken the reins, and in that short two weeks, he’s tripled the number of wins for the Wizards! Well, when you set the bar low, it’s easy to look like a success, right?

Unfortunately, the Wiz haven’t come up with a Win at home yet, scoring their two victories in Oakland and in New Jersey, but both by convincing margins.

Don’t worry about Eddie Jordan, though, he seems to be doing just fine despite his recent downsizing. The good news out of all this? We’re better than the Thunder, who’ve managed one less win and about four more losses.

The Wiz take on the Celtics and the Pistons this week at the Verizon Center, and, as you can imagine, tickets are available.