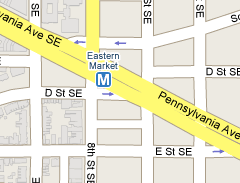 You probably heard about this over the weekend, as our friends at DCist had this as part of their weekend coverage, with the original story coming from Greater Greater Washington. Late yesterday, Metro put up their side of the story which basically says, “Well, they wanted us to invest time and effort into doing it, and we can’t be assed to make the trains run on time to begin with, what makes you think we’d help someone else make money?”

But wait, there’s more.
Technically, what it says is, “Google could not guarantee accurate and up-to-date Metro trip information and could not provide Metro fare information,” and, “Metro and Google have not yet come to acceptable terms regarding licensing agreements, which put Metro at a greater legal liability. Google is a for-profit company while Metro is a taxpayer subsidized public agency. Google wanted Metro’s transit data at no cost and wanted the transit agency to open itself up to greater legal liability. Given financial constraints, Metro officials are exploring whether there is a way for the transit agency to generate revenue in such a partnership.”

They’re also upset that not all of their regional transit partners (specifically Ride On buses in MoCo, Fairfax Connector buses in Fairfax, ART in Arlington and DASH in Alexandria) aren’t in the system either, which means that patrons using Google Transit couldn’t see the fullness of the DC transit system. See, Metro’s all hot to drive traffic to their new website which claims to provide such services.

The biggest concerns that I have concerning WMATA’s intransigence toward working with Google is that they think what they have now is appropriate and acceptable. It’s fine if you can follow perfect directions and have a perfect sense of direction. However, the Ride Guide, even in its new and shiny state, lacks mapping of any kind, and no way to handle neighborhood information whatsoever.

People won’t care that you can’t tell them what it will cost to the penny to get there. With SmarTrip (which will hopefully add EZ-Pass-like auto-refilling), it’s much easier to handle situations like that.

So, if you’re ready to tell Metro what they should do about Google Transit, head over and sign this petition, or maybe join the Facebook group to protest.

One thought on “WMATA Says No to Google Transit”