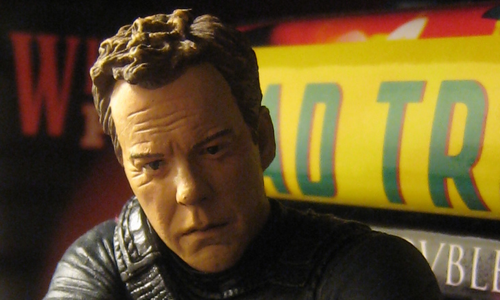 Oh 24. I look forward to mocking you every week now. I didn’t think that was possible. And yet, here we are. Last week, we had all manner of craziness with the First Dude going on, planes crashing over “Edgeborough,” and frankly I haven’t seen a cabinet that full of pansies since I visited the garden shop the last time.

With that in mind, here we go, episode five!

We’re at the Washington Field Office. Or, at least, the pretty glass entrance. For those who haven’t been following along at home, that’s in Judiciary Square, not at the HQ at 9th & E.

Oh goodie. We’re opening up fresh sockets. Christ on a pogo stick, these people glom on to one IT term. Sigh.

Junction Jack wants to talk to the First Dude, but he’s incommunicado. JJ’s a little testy with the FBI SAIC.

The Motobos are in 546 Adams, according to Chloe, Wondergirl, and Jack’s all about the security specs. Turns out, that’s Debaku’s hideout, where he’s working on doing some damage to that Ohio Chemical Plant. Debaku and Motobo are having a “which one of these african dictators has a larger unit” contest. For now, Debaku’s winning.

I can’t seem to find an Adams street anywhere. But, it seems the same kind of bland California office park kind of place one might find in, say, the suburbs of Los Angeles.

And we’re off to Kidron. Sigh. Fortunately they’re at least butchering Ohio instead of DC for the moment.

Jack’s back inside the ductwork of the imaginary building. Somewhere, John August is cringing, as going-in-through-the-ducts is deeply lazy writing. Chloe, Wondergirl, suggests that it might be an SDART processor running the CIP device. This is like saying the freemostat on your car is responsible for over-torquing the cluster drive. It sounds good, but it means absolutely nothing.

Creepy White Guy bites the dust as Renee shoots him in the back. Jack, Tony and Bill head into the command center where Debaku and his cronies are hanging out. Tony pronounces the CIP device “dead,” but any MacGuffin worth its salt is never really all that “dead,” so I figure we’ll see it back right after the C-break.

I really think Jeanine Garofalo is doing some the best/worst acting of her career here as Janis. It’s annoying, utterly vapid, and completely devoid of any intelligent writing, and yet, she’s absolutely brilliant. Meanwhile, Jack, Bill and Tony are doing a sweep of the building while Chloe, Wondergirl, and Renee watch the Motobos in the Van. They’re now outside of “546 Adams” which looks more and more like Southern California.

Back at 1600 Penn. Spineless Cabinet Member #1 is briefing the President on the sudden end of the crisis. The President isn’t buying it. We’re keeping the alert levels in place. Junction Jack is still looking for Agent Gedge and the First Dude. He’s mighty ticked. I can’t believe the First Dude’s been missing for an hour now and no one’s noticed. Seriously, this is silly. They’d have been all kinds of up in arms after just a minute or two of no contact.

They mention 404 Wilkinson Drive as the location of the apartment, which very much does not exist in DC. Closest would be in PG County, but there’s no way this building’s in PG County. And now the First Dude is fighting with the other fake Secret Service Agent.

Debaku’s on the Metro heading across the 14th Street Bridge toward Pentagon City. Hey wait! That’s actually the Metro! Points to 24 for actually getting the Metro right, even if there’s no earthly possible way that Debaku actually made it from North of Georgetown to a train heading across the Potomac in that amount of time, but at least they got the train lines right. Whew.

President Taylor mentions a South Entrance to the White House. I’m pretty sure that no such thing exists. I’m trying to find the floor plans of the White to be sure, but as that faces the Mall, I’m pretty sure that’s as public an entrance as you could get, not someplace where you’d sneak someone in.

Debaku’s at home, and his girl stops by to say hello. His big apartment is somewhere near Dupont Circle, and he mentions a Korean grocery 3 blocks away. A quick Google search shows a Safeway, Dupont Market, a couple 7-11s and another Safeway within a short walk of the Dupont metro. I’m guessing that’s another big ol’ fail for the producers. So, good points to 24 for actually using the Metro, bad points for disregarding how it actually interacts with reality here in DC.