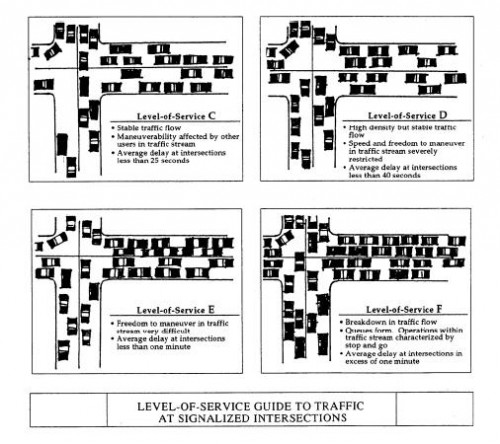 Stop-and-go traffic may become a thing of the past for Prince George’s County commuters. That is, if county planners have their way.

The county recently released its 171-page transportation master plan, which covers such ideas as extending WMATA’s Metrorail Purple and Green lines, High-Occupancy Vehicle lanes on heavily-trafficked roadways and other suggestions to get commuters out of their cars and onto public transit.

The plan, in the works for nearly two years, is directly in line with P-G’s overall growth policy, focusing less on residential development and delving more into mixed-use. The county wants its residents to be able to live, work and play in a more pedestrian-friendly environment. The P-G County Council held a joint public hearing on Monday with the Planning Board to discuss the transportation plan suggestions with the public. The council itself has recommended at least 30 changes to a preliminary plan the Planning Board adopted earlier this year. The vote is scheduled for November 20.

The council’s suggested changes are relatively minor, including the designation of the Intercounty Connector (ICC) to Route 200. But some changes are much larger, including objections to the Planning Board’s use of defining “transportation growth districts” to only geographical borders. The council wants the definition expanded to include areas such as National Harbor. (The county hopes to possibly put a light rail system through Landover, Westphalia and Oxon Hill with the end point being National Harbor.)

Another suggestion from the county is to have Metro’s Green Line extend from Greenbelt to Fort Meade through Beltsville and Laurel.

Planners have suggested in the plan that the county spend at least one percent more of its overall transportation budget on the trail system and to conduct a few studies for pedestrian access and improvement.

While the plan is laudable – P-G hasn’t updated its transportation plan in 25 years – is it the right time to look to transportation expansion? P-G County has an issue with exurban sprawl with lack of metro access, combined with extensive suburban decay. It has some of the most underutilized Metro stations in the region, with the lowest number of households and jobs near them. The county has been seeing a decline in population in many of the neighborhoods and towns near the District line, which hasn’t helped spur investment near these transit points.

Can P-G county succeed in becoming more like MoCo, Arlington and Fairfax counties, with construction of transit-oriented, mixed-use projects to draw back the population? And is this plan sufficient enough to support the county’s new vision of a more mixed-use, pedestrian-friendly environment?

Too soon to tell – though if the county truly wants to turn itself around from its current state of decline, this may be one of its most critically important first steps.

One thought on “Talkin’ Transit: Future of P-G County Transportation”