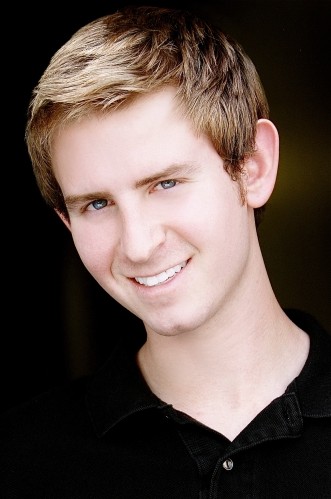 You play John, whose character becomes involved with Audrey. This pair goes out on their first official date after having intimate relations at a party the previous evening. Can you relate to John?

Yes, I do. An actor has to relate to his character to make the character come alive for him and for the audience. Although I’m not that much like John in real life, there is a part of me that is. I had to discover that part and amplify it for the film. I spent a while studying John through the script. John is just getting over a bad relationship/breakup. I think that’s something we have all dealt with at some point and in some form. John starts something new with a girl he really cares about. Nothing beats the excitement of a first date. This movie deals with universal situations that I think anyone can relate to in one way or another.

What was your favorite & least favorite part about the entire “Adams Morgan” experience?

My favorite part would have to be the people. I didn’t get to work with everyone in the cast, but the people I interacted with were amazing. Robert, the director, was one of the coolest directors I’ve ever worked with. He was so down to earth. He was a great friend when we weren’t filming and a great director when we were. He balanced the two roles incredibly well. Sarah (who plays Audrey) was great to work with as well. She is an amazing actor. Shaz (Lance) was also a blast to work with. We have mutual friends in common and just clicked right away. My least favorite part about the whole experience was how little time we had for filming. I was only on set for about five or six days. I wish I had had more time to work with the people who made “Adams Morgan: The Movie” possible because it was such a great experience.

Any on-site memories that stand out?

Honestly, all of them. This movie was such a blast to work on. I’ll give you two great memories.  The first was getting to meet Kermit Washington. We were watching Monday Night Football together. I had just finished filming all day and he was about to film his scene. We sat there for about an hour just talking. That was awesome. The second memory was when we filmed the opening scene with me running through Adams Morgan. I jog past almost all the main characters on my run. I was wearing a cut off t-shirt and shorts. It was freezing that day. I remember running around in circles while taking to Robert about the scene. I was just trying  to keep warm. There were about six other people on set. I’m sure I looked like an idiot, but I got over that real fast.

What’s your most embarrassing moment during shooting?

Hmm… It might have to be the night I forgot I was called to the set. It was the night before Halloween and I was getting ready to head out to a party with a couple of my friends. When I was showering I received a voice mail from Paul notifying me that they were just about ready for me on set in Adams Morgan. I quickly got dressed and rushed over. I probably shouldn’t admit this, but I hadn’t studied the scene that we were filming, let alone memorized it, because I didn’t realize we were shooting it so soon. When I got on set I asked to borrow an extra script. Studied it for about 10 minutes and was good to go. I’d tell you which scene that was, but that would take all the fun out of it. What do you love about Adams Morgan?

Friday and Saturday nights. When I first got to DC, I didn’t much care for Adams Morgan. It just never excited me. However, I started loving it my last year in DC. I wanted to go back every weekend. It’s a great bar scene and so eccentric. You run into everyone you know, everyone’s drunk, and it’s a great time.

What do you hate about Adams Morgan?

I wouldn’t really say I hate anything about Adams Morgan. How can you? If I had to pick something it would have to be the people who get too drunk and are throwing up on the street and stumbling around. But then again, they’re hilarious to watch, so as long as it’s not you everything’s great. I had never ventured into Adams Morgan during the day until we began filming. I always saw it as just a bar strip. Now that I’ve spent time there during the day, I can appreciate it a hell of a lot more. It’s beautiful during the day, something I never would have known if I hadn’t been a part of this film.

What’s your favorite place to go in Adams Morgan?

That’s a tough one. I really like the Brass Monkey. However, I had my going-away-to-LA party at the Black Squirrel and it was one of the best nights of my life. I think it’s more about the crowd you’re with than the actual bar. If you’re with great company, you’ll have a great time in Adams Morgan. And if you’re not, you still might have a great time.

What do you want viewers to take away from “Adams Morgan: The Movie”?

Honestly, I want them to take away the fact that this was Paul’s very first feature-length film. He put his heart and soul into it and produced a great first film.

Any final words for our We Love DC readers?

I hope you get a chance to check out “Adams Morgan: The Movie.” If you’re not aware, DC has an amazing film and theatre scene. Not many people realize it because everyone thinks politics when they think DC. If you have the time and the money (most shows are very reasonably priced), go see a show. There is some amazing talent in DC, just as good as NY if you ask me.

For the most up-to-date information regarding where to see “Adams Morgan: The Movie” and future viewing parties, please visit the movie’s Facebook page.

4 thoughts on “Meet Noah Baron From “Adams Morgan: The Movie””