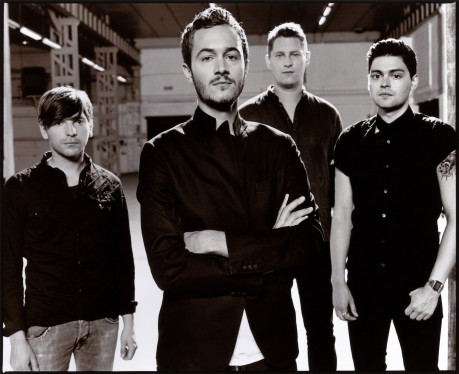 I have seen Editors on every tour and was particularly taken with their debut opening stint for Stellastarr* back in 2006. Since then Editors have put out a second great album of passion-pop, seen a ground-swell in popularity, and most recently embraced a dramatic stylistic shift on their new album. I don’t think anyone was expecting their hard left-turn into synth territory but it does not feel entirely out-of-place either. Tom Smith’s deep vocal style and the band’s over-all darker tone adjusts pretty easily from their trademark guitar to the new album’s near Gothic synth. That doesn’t mean I wasn’t skeptical going into Sunday’s concert. In fact I was not really sold on this synth-shift based on my album-play-through and I was hoping for this concert to provide me a final verdict on how I really felt about it.

Sunday’s show sold me on the new synth material but also reinforced the fact that Editors are a much better band when they stick to their guitars. Peppering the majority of the new album through-out their set; they sandwiched their new songs between double and triple shots of their classic guitar-based anthems. This made for some jarring transitions that amplified the alien, often colder nature of the new material. That said some of the new songs really did shine, particularly ‘Eat Raw Meat = Blood Drool’. Often dismissed in album reviews due to its silly track name, the extended, kick-ass version of ‘…Raw Meat…’ played Sunday was a highlight of the show for me, eclipsed only by incredible performances of “Racing Rats” and “Bones”.

Editors are one of the great, modern, emotional pop bands. Witnessing Tom Smith’s vocal-passion fuse with the band’s sick sonics in a live setting can really be something special. Each Editors’ show I have been to has been incredible and, analysis of their new synth material aside, Sunday’s show was no different. The moment it all came together was about two-thirds through the set. The guitars had been pretty well flexed by material off of “The Back Room” and a few tracks from “An End Has A Start” and they had integrated the new songs pretty effectively by this point. Everyone was having a great time, myself included. And then they dropped the ‘Bones’ emotional/sonic A-Bomb on us. This song sounded and felt incredible on Sunday. Editors generated an awesome wash of sound that built up and around Tom Smith’s crooning and then stretched it out, letting Smith cry out “Retreat, retreat” with a mix of force and fragility over and over again to make for an honest and emotional vocal performance that is right up there with some of the greats.

There was more to follow, but by that point it was all gravy. Editors in concert rule (yeah, even their synth stuff) and I hope you read this and decide to catch them the next time they come to town.