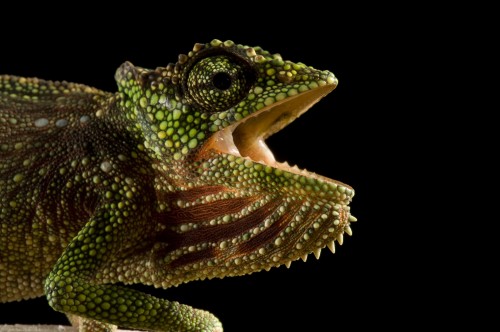 The spring season of National Geographic Live – a series of dynamic lectures, concerts, films and more – continues this month, with more great offerings.

Thanks to the awesome response from last month, the National Geographic Museum is offering up two pairs of tickets to our readers for any of the following events. Simply comment below (PLEASE use a legit email address and your first name) with what two events – in preferred order – you’d like to attend. We’ll do a random drawing on Friday (March 12) at 10 a.m. and get the winners set up with their first (or second, if your first choice is full) selection. Keep in mind that tickets are for single events only.

Note that the photography exhibitions that open this month do not require tickets and are free for visitors to enjoy.

Okay, enough about rules. Check out the March offerings after the jump. 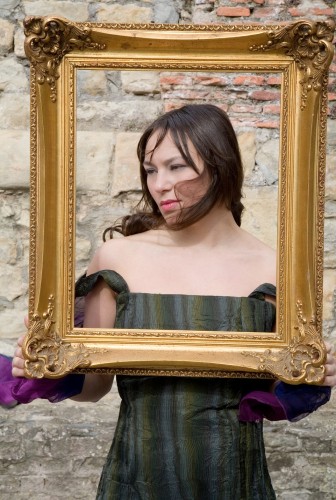 Tanya Tagaq, courtesy the artist and the National Geographic Museum

All programs (unless otherwise noted) will take place in Grosvenor Auditorium at 1600 M Street, NW.

Since the 2005 release of her debut CD, Tanya Tagaq, a native of Nunavut, has attracted the attention of some of the world’s most innovative musical artists while bringing her unique mix of traditional Inuit throat singing and contemporary styles to an ever growing audience. She has recorded with musicians as diverse as Björk and the Kronos Quartet, whose member David Harrington called her the “Jimi Hendrix of Inuit throat singers.” Find out why in this concert featuring songs from her new album, Auk.

From the droplets in a baptismal font to the scattering of ashes on a holy river, water plays a ceremonial role for many people. For National Geographic magazine’s April 2010 special issue, devoted solely to the topic of fresh water, photographer John Stanmeyer traveled the world in search of the many ways different cultures relate spiritually to water. Sacred Waters includes 41 images from his travels, from offerings alongside the sacred Ganges in India to waterfall rituals in Japan, Laos and Haiti.

Called “the most exciting new traditional band to emerge from Ireland this century” by the Wall Street Journal, the County Antrim-based Beoga has built a following on both sides of the Atlantic. Find out why their live show was described by Philadelphia Irish as “an auditory high-wire act without a net.” 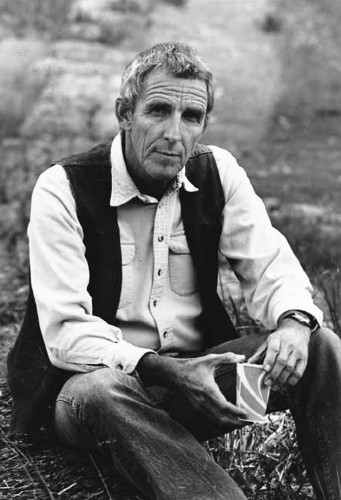 One of America’s most distinguished living authors, Peter Matthiessen has probed the impacts our technological, profit-driven society has had on both the environment and on indigenous cultures around the world. A two-time National Book Award winner for his travel journal The Snow Leopard and his novel Shadow Country, Matthiessen has turned an unflinching eye on some of the most controversial issues of our time. In this National Geographic Live appearance, he will discuss an issue of special urgency: the impact of climate change on the indigenous cultures of the far north, where warmer temperatures and a shrinking ice pack pose a direct threat to a way of life thousands of years old. Presented as part of the Environmental Film Festival in the Nation’s Capital.

Each day brings more awareness of the consequences of our current model of agriculture and food distribution: food contamination, pollution, resource depletion, and increased obesity. The award-winning film Fresh celebrates the farmers, thinkers, and business people who are reinventing this system, forging healthier, more sustainable alternatives while offering a practical vision for feeding our planet in the 21st century. This screening will be followed by a discussion with filmmaker Ana Sofia Joanes, Joel Salatin, owner of Polyface Farms, and Ann Yonkers, co-director, FRESHFARM Markets. Presented as part of the Environmental Film Festival in the Nation’s Capital, and with support from FRESHFARM Markets, promoting food with a face, a place, and a taste in the Chesapeake Bay region.

Legendary National Geographic photographer Joel Sartore has spent two decades recording species facing extinction around the world. More than 40 of these animals and plants are poignantly profiled in the exhibition Rare: Portraits of America’s Endangered Species. The exhibition is drawn from the book of the same name, in which Sartore’s arresting photographs tell a sad tale of a harsh reality: For many species, it’s already too late. One of the featured species, the Columbia Basin pygmy rabbit, went extinct while the book was being developed. However, the exhibit also profiles species that have fought back and seen their numbers rebound. Sartore will discuss the images in a National Geographic Live lecture on April 20 (visit www.nglive.org for more information). 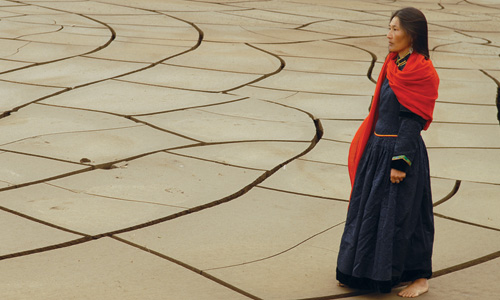 The Two Horses of Genghis Khan; courtesy of the filmmaker and the National Geographic Museum

Folk singer Urna journeys throughout Mongolia to find an ancient song’s missing verses from her grandmother’s broken, beloved violin. This documentary is narrative style and cinematically composed. Director Davaa’s first feature film The Story of the Weeping Camel was a 2005 Best Documentary Oscar-nomination.

In the premiere episode of Expedition Wild, naturalist Casey Anderson gets knee-deep in grizzly life on Alaska’s Kodiak Island, where he teaches Brutus, an 800-pound grizzly bear, the ways of his wild relatives. Casey then returns to Montana to see if he can teach a bear raised in captivity to fish for himself. Anderson will discuss his work with grizzlies following the screening. This film will premiere on the new NatGeo WILD network in April 2010.

An instant classic in the world of family films, Disney/Pixar’s Up tells the story of Carl Fredricksen, a retired balloon salesman who ties thousands of balloons to his house and sets off to the lost world of his childhood dreams, with 8-year-old Russell in tow. Meeting fantastic friends along the way like Dug the talking dog, and Kevin, the rare 13-foot-tall flightless bird, they discover that sometimes life’s biggest adventures aren’t the ones you set out for. A discussion with writer and director Pete Docter will follow the screening. 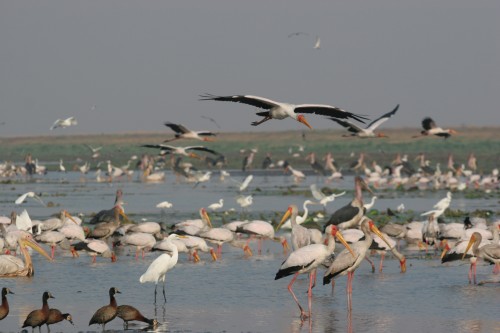 It was known as “the place where Noah left his Ark”: 4,000 square kilometers of lush floodplains in central Mozambique, packed with wild animals. But 15 years of civil war took a heavy toll – many species were almost completely wiped out for meat. As documented in a new National Geographic Channel film, conservationists today are battling to restore the park to its former glory, and save it from present-day threats that could destroy it forever. This world premiere screening will be followed by a discussion moderated by journalist and Hardball host Chris Matthews. Panelists will include James Byrne, producer, Judy Oglethorpe, World Wildlife Fund, Fernando Sumbana, Jr., Mozambique’s Minister of Tourism, and Gregory C. Carr, who has pledged $40 million to rebuild the park so it can serve as a source of tourist income for the local population.

Presented as part of the Environmental Film Festival in the Nation’s Capital, and cosponsored with generous support from the Gorongosa Restoration Project. Africa’s Lost Eden will premiere on the new National Geographic Wild channel in April.