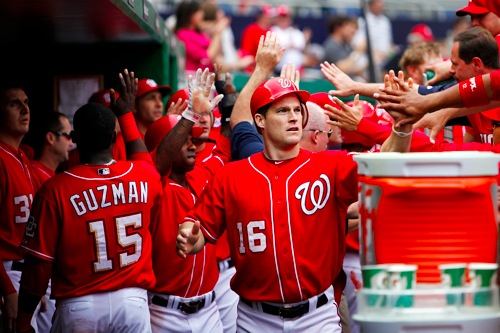 It was back to reality for the Nationals over the last two weeks. Mistakes on the mound, mistakes in the field, mistakes at the plate, and they finished the last two weeks under .500. The Nats played 20 games in 20 days, something they have rarely done in the past, and never this early in the season. They finished 10-10 for that stretch, overcoming a few games that were mired in adversity. With their loss Friday night, the Nationals dropped below the .500 mark for the first time in early April. They didn’t sink into self-pity, they fought off the Orioles for the series win.

We’ve talked about the strength of this team, in particular: they deal well with stress and strain, and demonstrate the quality of perseverance as a hallmark of their change over last year. Games they would have shrugged off and given up under Manny Acta, they’re getting deeply involved with under Jim Riggleman. Yes, there have been mistakes; yes, there have been failings at the plate and in the field. In particular, Saturday’s inside the park home run by Adam Jones while Nyjer Morgan spiked his glove rings the loudest in my ears. After the game on Saturday, Nyjer is said to have gone home, and left his TV and Phone off, and he came back Sunday, ready to rededicate himself.

Sunday’s victory was one of the best examples of why I prefer the 2010 Nationals over their 2009 incarnation. Up by two in the top of the ninth, with unstoppable closer Matt Capps on the mound, looking for his league-leading 17th save. It was not to be, as he gave up a couple of hits, a double that Adam Dunn might’ve caught, had Kennedy not come into the game to replace him, and with those, a couple of runs, forcing extras. The Nats have not performed as well in “free baseball” as we would’ve liked, dropping all three of the previous extra inning games under unfortunate circumstances. Today, it was the Nats turn to shine. In the bottom of the tenth, Josh Willingham showed the Orioles’ pitching staff just why it is that they call him The Hammer (hint: it’s not this.) and trotted around the bases after a smashing shot into the left field bullpen. 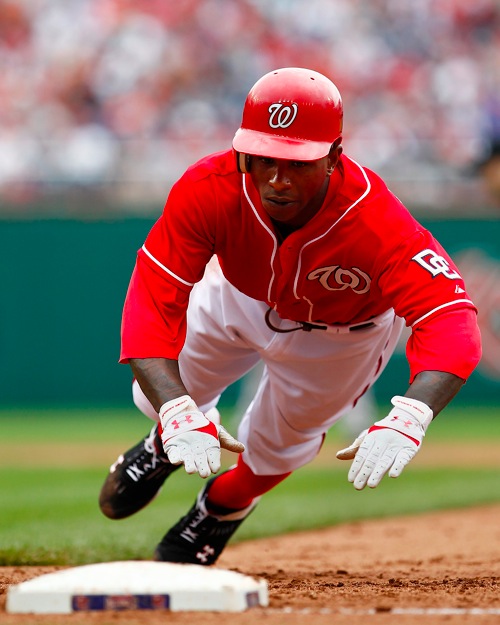 The Nationals had a short 3-2 homestand, and last night (after a delay) flew to San Francisco to start another long road trip. They’ll have the Giants, and their Cy Young contenders, then the Padres, before stopping in Houston on their way home for four games. When they get home? They’ll be met at the airport, in all likelihood, by their brand new bestie: Steven Strasburg. Stras has bounded over every hurdle the Nationals have put in front of him, and his combined minor league line reads more like an aftermath report after some sort of natural disaster than it does a pitching line. He’ll likely start June 4th against the Reds. The schedule is favorable for Stras to get two starts on that home stand, and play six of his first eight games as a starter at Nationals Park.

United finished Saturday’s game against the Dynamo in Houston in a familiar position: shut out and on the ropes. They lost 2-0 in Houston, giving up early goals instead of late ones to the 5-4-1 Dynamo. Troy Perkins made the start in goal, after Bill Hamid banged his shoulder into the post during practice on Tuesday. While Hamid made the trip as support, Perkins would get beat on a pair, including one shot that I think that Hamid might’ve stopped.

The question at this point has to be: will United stand by embattled coach Curt Onalfo? I think, at this point, when your team has scored in only two of nine games, you have to evaluate what can be fixed with talent and what can be fixed with strategy and leadership. Sadly, United is in need of both at this point. They need someone who can feed the starving forwards, who have largely been unable to take shots, and they need someone who can architect the team back from the brink. The Post’s Soccer Insider Steve Goff wrote last night that “DCU = Dying Club Unraveling”. It’s hard to argue with him at this point.

United will face a friendly match against Italian Serie A phenoms AC Milan on Wednesday night at RFK. Tickets are available.