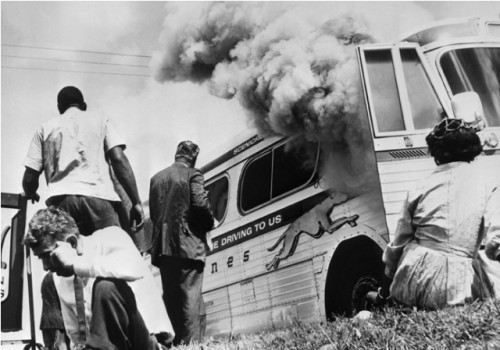 The opening film, Freedom Riders, is the first feature-length film about the civil rights activists who risked their lives to bring the American people and government face-to-face with the civil rights inequalities that plagued our nation. The film was a Sundance Film Festival 2010 Official Selection made by Stanley Nelson. Gaining impressive access to influential figures on both sides of the issue, Nelson chronicles a chapter of American history that stands as an astonishing testament to the accomplishment of youth and what can result from the incredible combination of personal conviction and the courage to organize against all odds. 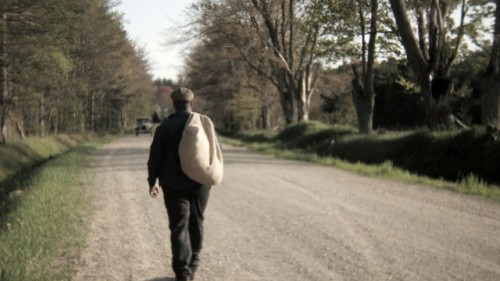 Up From the Bottoms, courtesy the filmmaker and the National Geographic Society

Another historical documentary, Up From the Bottoms, is on the schedule. Narrated by Cicely Tyson, it tells the story of the migration of African Americans from the deep South into the North during the war years and beyond. The film guides us through these touching, thoughtful and often funny stories as told by fifteen residents of Muskegon, Michigan. Civil rights activist, comedian and author Dick Gregory gives a national perspective along with the renowned scholar of Black Americana studies, Dr. Ben Wilson. This documentary reveals the human side of the migration and the character of the people who chose to make this noble journey.

The African continent is a reservoir of talent and creativity, with storytelling one of its great traditions, witnessed in the The African Griots Program and the stunning documentary Katanga Business. The African Griots Program consists of two films highlighting the work, life, and accomplishments of two of Africa’s greatest story tellers: Sotigui Kouyate of Mali, with the film Sotigui Kouyaté: A Modern Griot by Mahamat-Saleh Haroun (whose latest film received the Jury Prize at the 2010 Cannes Film Festival), and Wole Soyinka of Nigeria, with the film Wole Soyinka: Child of the Forest, by Akin Omotoso. Focusing on the diamond-rich Katanga region of the Democratic Republic of Congo, Katanga Business is a thriller-like documentary that offers a revealing look at the impact of globalization on Africa through the portrait of a man in a quest for economic independence in a region in turmoil. 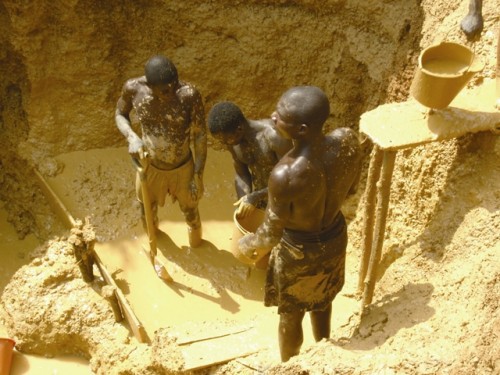 Katanga Business, courtesy the filmmaker and the National Geographic Society

Two fictional films make their DC debut at the festival as well. The Harimaya Bridge, the debut feature from writer-director Aaron Woolfolk, is a poignant cross-cultural drama featuring an American and Japanese cast including Saki Takaoka, Misa Shimizu and Danny Glover. Pro-Black Sheep, by New York-based Clayton Broomes Jr., tells the story of Rashad, a young man with extraordinary intellectual sophistication who goes on a journey to find the voice he needs to make a difference. As a bonus, Broomes will participate in a Q&A after the screening.

Another film debuting in DC is the U.S. Latino HIV drama Silent Shame, by Juan Jose Frausto. This film is based on the life experience of Lee Bohen, who has survived 25 years with HIV; she will have a Q&A session after the screening.

The last two films focus on the people of the Caribbean region. Black and White in Exile, and Made in Jamaica. The first is a documentary chronicling the experiences of Cuban and Haitian exiles in the U.S. since the ‘60s. The latter is more of a social commentary about Jamaican society told through music and interviews with some of the best Jamaican musical artists, including Grammy Award winner Toots, Gregory Isaacs, Bunny Wailer (Bob Marley’s brother), 2006 Grammy Award nominees Third World, Shia and Cat Core, Beres Hammond, Sly Dunbar and Robbie Shakespeare, Alaine Laugthon, Tanya Stephens and many more.

The ADFF runs from July 22 thru July 25 at the National Geographic Museum at 17th and M Street, NW. Tickets are $10 per film or $60 for the series and can be purchased online or at the box office.

One thought on “The African Diaspora Film Festival at National Geographic”