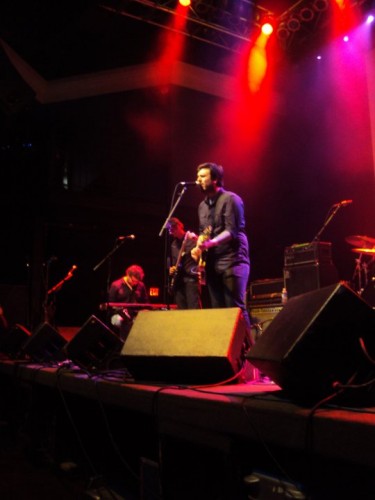 Fall has a distinct smell. It’s crisp and brisk, bitter but gentle, and refreshing. It’s not here yet, but sweater weather will be in full-swing in a matter of weeks. Sandals and shades go back in the closet while boots and cute little penny-loafers make their triumphant return.

No matter your personal preferences, fall is the end of care-free summer days, which leaves quite a few folks down in the dumps. Don’t fret! Fall isn’t that bad.

Pretty soon, you’ll be able to cozy up with your favorite blanket, rent a movie, make some hot apple cider (with hint of caramel), and relax. The steam from your mug will cling to each pore on your face while you catch a whiff of apple and cinnamon. That’s fall at its finest.

If you’re not the indoorsy type, I urge you to make the best of this season transition by taking advantage of the wonderfully talented local singer-songwriter and acoustic acts in town. There’s a nice spread of home-grown performers who are slated at spots all around the District in September. Here are some of the top pickin’s: 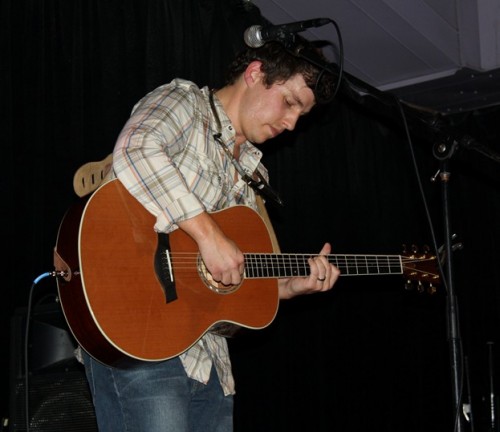 Very few musicians choose to go by a singular name. Those who come to mind include: Madonna, Beyonce, Seal, and Sting. Each are top-notch performers in their own right. 2009 John Lennon Songwriting finalist Casey follows in those footsteps.

Every Tuesday and Wednesday night, the Vermilion restaurant in Old Town Alexandria hosts local and acoustic acts in “the lounge” and Wednesday, September 15 in Casey’s night.

Casey doesn’t find the life of a solo act stressful. In fact, he embraces it. “It is challenging and exposing,” he told District of Sound in a recent interview. “Being in a band there are multiple opportunities for a fan to think someone is ‘cool’. If they don’t like the singer, they like the bassist, if not the bassist, the drummer. For me, it is just me – there are no backup plans.”

The 9:30 Club is having the best year ever. They’ve celebrated 30 years of quality live music in the District and now they continue the celebration with the launch of a new record label in their name.

Virginia native Justin Jones is 9:30 Records’ debut act and in honor of his debut album “The Little Fox EP”, the 9:30 club is hosting a record release party. Oh – to make this even better – you’re all invited.

The event is free and all you need is a ticket which you can get online.

Jones has got some serious soul. His blend of Rock, Americana, and Blues is enough to take any Jack Keroac wanna-be on the road with him to Anywhere, U.S.A.

It’s rare that We Love DC authors get to mingle freely with our devoted readers. With that said, we’d like to offer you the opportunity to catch both Dave and myself live from FireFlies in Alexandria.

Although Dave will only be stepping in on a few tunes, you have much to look forward to including our wise-crack witticisms on stage, some classic rock covers turned acoustic, and some seriously determined writers (who really just want to be rock stars) doing their best “rock star” impression. Who knows, there might even be aviators involved. And by “might” I mean “definitely.”

WLDC author Dave Levy and his band The Greensides have become as regular and regular entertainment can be at Ragtime near Court House. If I’m not mistaken, these acoustic rockers take the stage at least once a month and have acquired quite the cult following among those who call Ragtime their watering hole.

They might not play originals, but these singers and strummers can make any full-band rock track sound just as hardcore as a multi-decibel arena set but with two acoustics instead of electric.

Leave it to the District to combine a really good set list of quality local acts and raising money a substantial cause. This time, the Hard Rock Cafe presents the Hungry For Music BMI Showcase to demonstrate the power music can have when added to a philanthropic community effort.

Hungry For Music is a non-profit organization committed to inspiring underprivileged children (and others) by “bringing positive musical and creative experiences into their lives.” The BMI Showcase is just one of many outlets Hungry For Music utilizes to achieve their mission.