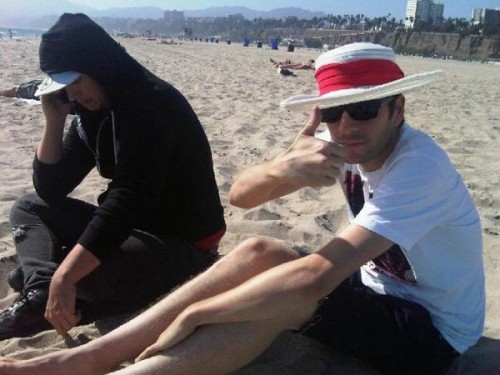 What can I say about No Age? Ever since their debut, I have been trying to spread the word about them by playing their music at my DJ nights. In my opinion this drum and guitar duo are one of the most exciting bands of the 00’s. In a sense they are the spirit of Husker Du reincarnated in a new body and creating an entirely new catalog of brilliant noise-rock for a new generation of music fans. Some music is like Shakespeare; destined to be retooled, reformed, and retold in cycles for the remainder of human existence. No Age are to Husker Du what Orson Welles was to the Bard.* Doing a damn fine job of making their own dazzling original music while evoking the essential nature of their stylistic predecessor, No Age delivered on every level with their Friday night set. I can’t believe how long it has taken me to finally see a band that I have been worshipping from their inception, nor can I believe just how perfectly their set matched my high expectations.