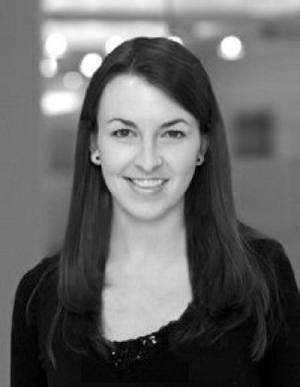 I recently had lunch downtown with Megan Morrison, a graphic designer and co-author of The Snuggie Sutra. While talking about trashy reality TV shows and life in Adams Morgan, she pulled out a copy of her new book (never leave home with out a Snuggie Sutra!) and showed me one of her favorite pages: the copyright info page.

Under the catalog information the book was listed under two categories: Sex Instruction first, and Blankets second. Morrison let out a laugh when she exclaimed how she never expected that she would graduate college and write a, “sex instruction” book. Her and her co-writer Lex Friedman don’t really take their guide to sex in fleece seriously, “It’s not a how-to guide, it’s supposed to be funny. We’re not Sex Therapists.” In fact the book and corresponding website started as a party joke.

A DC resident since 2001, Megan attended American University where she studied graphic design. In the summer of 2009, during the height of the Snuggie craze, she found herself joking about the blanket with sleeves at a rooftop party not too far from Nationals Park. After her and her friends ribbed about the idea of sex in a Snuggie, she went back home and created a website complete with stick figures demonstrating a variety of different positions with the Snuggie. The site was supposed to be an inside joke among her friends, after creating the site she left it alone and went on with her life.

Until one day she saw her website on the front page of Jezebel. Then it was joked about by Conan O’Brien. Then the website got half a million hits a month. Then the New York Post wrote it up.

That’s when the agents started calling. Morrison and Friedman realized they had a print masterpiece on their hands.

With the help of their friends the two worked on creating a textbook worth of positions a couple can do with their Snuggie. Morrison said it only took a couple of bottles of wine to fuel the process and the brainstorming looked like a perverted twister game gone wrong. Don’t worry though, everybody was clothed. Let’s remember that they were all doing it for the advancement of love and blankets.

Megan refused to tell me if she’s ever tried out some of the positions (“I don’t Snuggie and tell.”) She does guarantee however that every one of the positions outlined in the text is physically possible. I’ll admit that as of this writing I haven’t confirmed her statement but I’ll take her word for it.

After writing about the amazing things Generation-Y has done at a young age, this probably wins as one of the weirdest, hilarious accomplishments one can attain. I asked her what her parents thought about it, Megan said her father doesn’t talk about it in specifics, but her mother loves it. Mama Morrison has already scoured the site and boasts about her daughter’s work of art with family friends. Morrison’s mother has also been helpful as a watchful copy editor, pointing out typos among the descriptions.

The book was recently released this fall and the original online site still lives on. Some of the recent updates take a tongue-in-cheek view on today’s current events (anybody want to try the King James?)

What’s next for Morrison and Friedman? Now that the two have stumbled upon a hilarious website and book, Morrison tells me she’s content with her current life living in AdMo, working downtown, and enjoying a night out at Local 16.

“I’d be very happy to retire with my Suggie Sutra Millions that would be fine with me and remain a graphic designer…we’re just trying to see how far we can take this. Will there be a Sham-Wow Sutra? I don’t know.”

One thought on “She Loves DC: Megan Morrison”