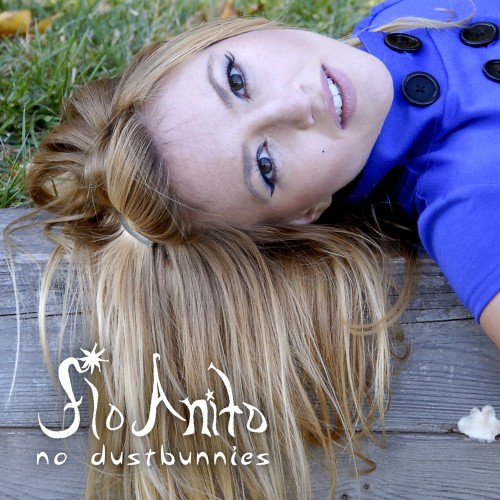 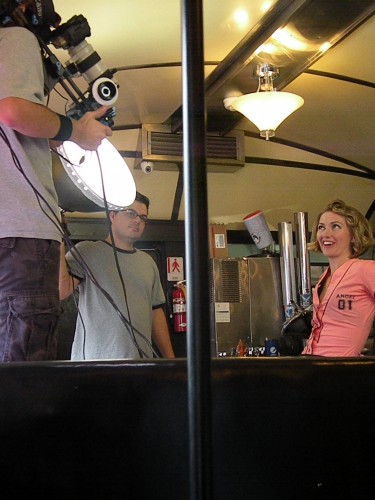 Rachel: How long have you lived in DC and what brought you here in the first place?

Flo: I moved here pretty much right after college. I went to Wesleyan University up in Connecticut. I knew I wanted to go to a city and 2 of the girls from my college soccer team got jobs in DC so we all moved down here together.

R: I’m going to go out a limb by guessing that music isn’t the sole reason you moved to the District to begin with … now, you’re consistently booked around town and a known performer on the singer-songwriter scene along with the likes of Rene Moffatt and Alex Vans. How does it feel to be associated with such talented acts like that?

F: I actually did move down to DC with the intention of doing music full time. I’m from a very small town in upstate New York so DC looked like a land of opportunity in terms of music. My town has two bars, DC has a zillion and it’s really offered me some great chances. The local scene is great here and lots of national acts come through as well.

I was able to open for Eli Mattson (America’s Got Talent) at the National Cherry Blossom Festival and I actually got to play the Virgin Mobile Fest at Merriweather which was amazing. Weezer, Blink 182, Franz Ferdinand, the Bravery were all there but I can say I was there too which is pretty darn cool.

F: I had a great time shooting the video. So many friends and local musicians helped out! It all started when director Francisco Campos-Lopez found me via Myspace. After meeting up a few times we decided to use my song Uh Oh, which had recently been a finalist in a Cosmo Radio contest. We both loved the idea of using a diner, he for it’s association with Americana me for the vintage feel – I thought it suited my style. I actually found the Capital City Diner via a few people from my mailing list. Within 2 minutes of sending out an email to my list, 1 person had recommended it to me and another had recommended me to the diner.

Matt Ashburn, the owner of the diner, tweeted me, we all met up, and I knew as soon as I saw it that it was the PERFECT diner. The whole shoot only took a day but I think it came out really well. We released it at the Rock and Roll Hotel and it already has over 4500 views on Youtube!

R: In your opinion, what are the biggest difficulties you’ve encountered as a solo performer in DC and why?

F: Hmmm I’d say the hardest thing about being a solo performer who shares shows with a lot of bands is that you’re expected to draw as many people as a band that has 5 members. Now that I’ve been playing for a while, that’s become easier but it was really hard in the beginning. I also have a drummer, Jeff Goodwin, and a bassist, Brian Waitzman, who play with me when the gig calls for a full band so that’s great.

R: If there’s one thing, for sure, that DC has going for it it’s that the singer-songwriter community is supportive and collaborative. For example, Pass the Guitar at Asylum. As a solo act, do you find that encouraging? If so, why?

F: Of course! One thing I like about DC is that the city’s music scene is small enough that a lot of us know each other and are friends. A bunch of us host different showcases around the area. Actually, if anyone’s interested in playing, I book First Wednesdays With Flo at Chief Ike’s Mambo Room in Adams Morgan the first Wednesday of every month. Feel free to pass me an email and a tune – you can contact me via my website.

R: What is your favorite thing about living in the Nation’s Capital?

F: I like that if you have to be stuck in traffic, you can stare at world famous buildings while you wait. I love that there are trees on the city streets and that Rock Creek Park is never too far away. And I love that so many cultural things are free here – the Millennium stage at the Kennedy Center, the museums, the monuments, Eastern Market (until you find a really cool hat that you simply must have…)

R: Do you have any favorite DC memories?

F: When I first moved to DC I went to Iota for an open mic and got there too late for the sign up. I was going to listen to a few performers and then go home but a couple of strangers saw why I’d come and asked me to have a beer with them. I ended up hanging out with them for the rest of the night and at the end of the night they offered me a ride home. I’d taken the metro and I had no idea how far the drive was so I told them I’d catch the train. When I got to the metro it had already closed though. A metro worker saw me trying to figure out what to do and eventually offered me a ride home – this offer I took.

While I never saw the metro worker again, I stayed in touch with the couple. I had given them a CD and they ended up booking me for a couple of fundraisers. The night I met them was actually their first date and they’re married with a kid now! Anyway, that night is a favorite memory. There were nice people everywhere and it was a really great welcome to DC.

R: If you could change anything about DC, what would it be and why?

F: I would move some industry heavy hitters down here so that they could offer all of us struggling artists a hand.

R: What plans do you have for your music in the coming months?

F: Right now I’m working really hard to promote my new music video and my CD, No Dustbunnies. The CD is available on CDBaby and Itunes, if you want to check it out! I also have lots of great shows coming up and am writing new material for the first time in a bit so it’s exciting times!

3 thoughts on “We Love Music: Getting to Know Flo Anito”