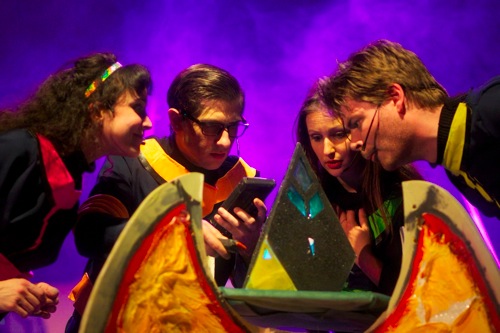 At last summer’s H Street Festival just beyond the hand dancing demonstration, and right before the zoot-suited swing band, lay the Brothership, an art-car manned by a half dozen members of the Baltimore Rock Opera Society (BROS). With their ornate hats, righteous shredding techniques, devilish good looks, they won my heart.

The Baltimore Rock Opera Society took Baltimore by storm in 2009 with their original rock opera Gründlehammer, and after a year of toil, they debuted their new double feature of original works two weekends ago at the renovated Autograph Playhouse in the Charles Village in Baltimore.

We caught up with Grand Viceroy of Harmonious Operations (aka Musical Director) Dylan Koehler this week to talk about the BROS, their latest production, the renovation of the Autograph, and all things rock opera. 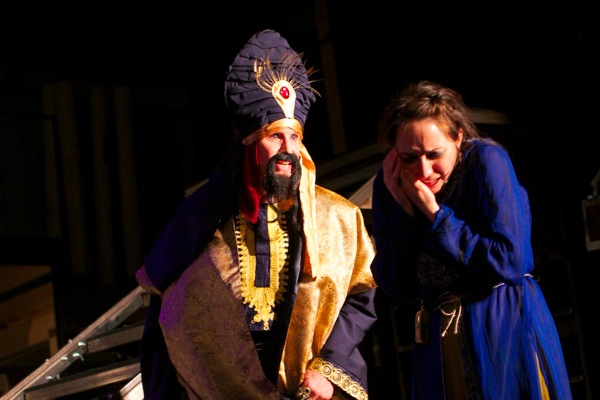 Tom: Give me the nutshell story of the genesis of the Society.

Dylan: Four out of the five founding BROS went to Goucher College together in Towson, Maryland, and a few years after graduating came up with the idea of putting on a huge, epic, insane rock opera at a party one night. Over the course of the next year and a half, it went through various transformations and the idea which started as a half joke ended up actually happening. The production, Gründlehammer, was very successful, we sold out all three shows, and we all had a blast.

We decided to go back and keep at it, and we found a theater, partnered with the owner in helping to renovate the theater, and we’re now putting on our double feature!

Tom: That’s the Autograph Playhouse in Baltimore? What’s that experience been like, renovating a whole theater?

Dylan: It’s been insane. We take pride in our DIY aesthetic and being able to do anything we put our collective minds to, and we definitely gave this theatre a really good cleaning. We made it a lot more appealing that it had been. It had been vacant and abandoned, and we cleaned the floors out, built a backstage, and it’s been a ton of work.

We were also building a pair of musical theater performances at the same time. 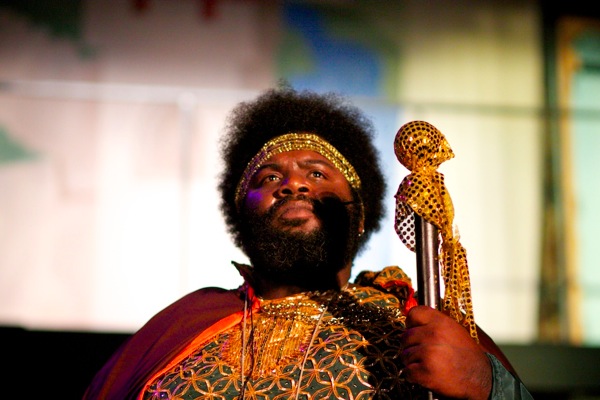 Tom: That’s got to be a delicate balance.

Tom: What made you decide to do a double feature this time out? That’s an incredible feat.

Dylan: We’ve been asking ourselves that question a lot lately. It’s certainly not something that we’d recommend to any other small volunteer-lead organization. A large part of what drives BROS creatively is this desire to make huge productions that challenge us, and push us to the limit of what we can physically be capable of. After Grundlehammer we had a bit of an inflated ego, collectively. We felt putting on two rock operas back-to-back would be appropriate. We’ve done it, which is a little surprising, given how much work came together in the last hours of the project.

Tom: What was your biggest artistic challenge? It looks like you have two pretty disparate productions in Amphion and The Terrible Secret of Lunastus. Tell me how you overcame that challenge there?

Dylan: It was really more of a logistical and management challenge, getting that many people together to make one show happen is enough of a task, and to make two separate shows, with casts and structures, and have it be one consistent piece, was our challenge. There were two separate ideas, directors and artistic visions, but we’ve turned it into one cohesive unit that people can sit through, and feel that they’ve gone and seen the BROS double feature, rather than “Dylan’s play” and “Chuck’s play.” We tried to bring them together into one experience.

Dylan: I personally don’t have a lot of a theater background, I’m more of the musical kind of thing. There’s a lot of us that have done a lot of theater and as BROS expands and brings in new people to work with, we have gotten a lot of people from the theater community that have lent their theater expertise where we are lacking. None of us were theater majors in college, or had seriously studied it in school. It was all extra-curricular for us. 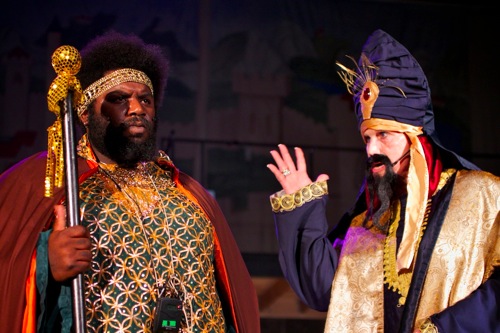 Tom: I’d been talking to a friend of mine and had mentioned that many of your costumes look like they were straight out of the Baltimore Opera costume shop.

Dylan: Our costume crew did an incredible job. Susannah Horrom, Kyle England, Emily Slaughter and Jacob Dillow. They’ve really made things happen. There’s no way this would be possible without a large army of volunteers.

Tom: How large is your army of volunteers?

Dylan: I would say, actors and musicians and stuff aside, we have probably a good 30 or so people that have helped out to varying extents, with building sets and props and helping us with the theater. It’s really been a large collaborative effort, and we’re really trying to get new people involved and excited about how big and epic the show is going to be.

Tom: Speaking of big and epic, you guys had a really strong online fundraising campaign, how did that work for you?

Dylan: We did it on IndieGoGo, and that was a good learning experience for us. As we conceived the BROS Double Feature a year ago, we knew we’d have to do some fundraising for it. We’ve done successful events like A Night out with the BROS at Brewer’s Art, but this was our first experience to reach out into our network and do some grassroots campaigning. It was a really good experience.

We were able to see how effective our social media network is, and it helped us grow as an organization, to see how capable we are at getting people to invest in what we’re doing. 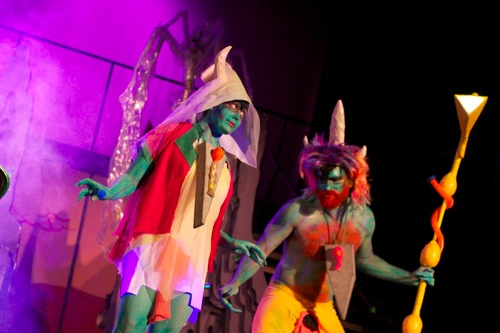 Tom: What’s next for BROS after this weekend?

Dylan: A couple days of sleep, and then we’ll be at Artscape in Baltimore in the middle of July. We’ll have a live band, and we’ll use material from all of our plays, with some audience participation, and our art car the Brothership. Our vision is to tighten up everything into a fun street show.

We’ll be back at the H Street Festival, as well, and we’ll be working on the outdoor performance show to perform. We’re also going to have some more rock theater work in the pipeline. We’re talking about bringing together another epic production, and supporting it with some smaller, more manageable things that aren’t huge huge teams of people.

Tom: That’s exciting, you guys have really made a name for yourselves over the last couple years. That’s got to feel good:

Dylan: Yeah! It’s really exciting to get people into the idea of seeing live theater, and getting to rock out and put on a concert at the same time. It’s been really rewarding to see so many people come out and put their creative skills into making this vision happen. It’s come from this core group of people who had a half-baked idea about Grundlehammer and it’s kind of grown to this point where there’s a lot of people into making these things happen.

Tom: What do you do for your day jobs?

Dylan: We have a variety. I’m a grant-writer. We have a DJ business owner, we have a policy guy at Hopkins’ Center for Sustainable Future, we have a building automation technician, the list goes on. We’ve all kind of been taking a lot of times from our jobs to make this happen. That’s another thing coming up for BROS: getting back to work on our day jobs, and make sure we don’t lose our actual source of income.

The BROS Double Feature runs its final weekend Friday through Sunday at the Autograph Playhouse in Baltimore. Tickets are available online or through their box office at 202.355.8864.