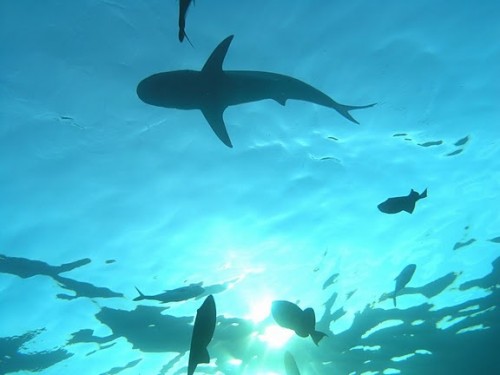 The National Geographic Live series is back for the fall and we here at WeLoveDC want to share their great lineup of programming with you once again. Thanks to the generosity of our friends at NatGeo, we’ll be again offering two pairs of tickets for our readers to go and experience some great talks, lectures, and programs over at the National Geographic Museum.

For October, there’s some amazing photography programs, authors, and speakers – some of whom you’ll see interviewed here on the site in the coming weeks. If you’d like to win a pair of tickets to an October program, simply list the two events you’d like to attend in comments before noon Friday, September 30. Make sure you use a legitimate email address and your first name. We’ll contact two winners (as determined by random.org) on Friday afternoon. Note that not all programs are eligible for the drawing. 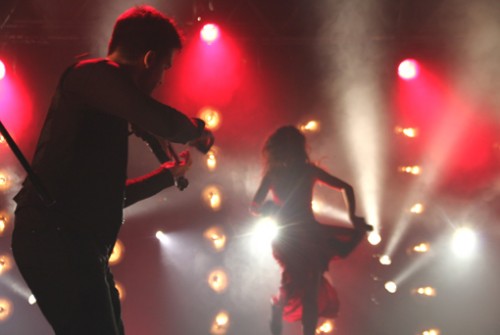 Not Ready to Wed: Child Brides
Monday, Oct. 3; 7:30 pm ($18)
Photographer Stephanie Sinclair and writer Cynthia Gorney—in the June 2011 issue of National Geographic—investigated the underground world of prearranged child marriage, where girls as young as five are forced to wed. In conversation with Jon Sawyer of the Pulitzer Center for Crisis Reporting, they will share images and stories of a practice that spans continents and cultures.

Demon Fish: Travels Through the Hidden World Of Sharks
Wednesday, Oct. 5; 7:30 pm ($18)
Washington Post environmental reporter Juliet Eilperin takes us on a globe-spanning adventure to investigate the ways individuals and cultures relate to the ocean’s top predator. Through her eye-opening images and stories, Eilperin will remind us why sharks remain among nature’s most awe-inspiring creatures.

Music On…Photography: Pattie Boyd
Wednesday, Oct. 12; 7:30 pm ($40)
British fashion model and wife to two of music’s greatest legends, Pattie Boyd experienced firsthand the defining musical events of the 60s and 70s, documenting them intimately in photos. Inspiration for George Harrison’s “Something” and Eric Clapton’s “Layla,” Boyd will share images of their lives together.

Young Explorer’s Salon
Friday, Oct. 14; 7 pm ($25 for tix purchased by Oct 7 / $30 after Oct 7)
Sit back in a casual club setting, sip a drink, enjoy a bite, and share the evening with three extraordinary individuals. These recipients of Nat Geo’s 2011 Young Explorers grants are making their mark on the world of exploration and adventure. Moderated by Hannah Bloch of National Geographic Magazine in Nat Geo’s dining hall! Meet Emily Ainsworth, an Oxford graduate, anthropologist, and photographer who joined Mexican circus troupes to capture “what went on when the curtain fell and the lights went off”; Shannon Switzer, a surfer, photographer, and environmentalist who works to raise awareness of the urban pollution affecting rivers, the ocean, and her local San Diego surfing community; Neil Losin, a filmmaker, photographer, and UCLA PhD evolutionary biologist who studies invasive Caribbean lizards to explain the evolution of territoriality. Alcohol served; ID required.

Kids Euro Festival: Copernicus’ Star
Saturday, Oct. 15; 1 pm (FREE; no tickets or reservations required.)
With more than 220 free events, the Kids Euro Festival, presented through the cooperation of the embassies of 27 European Union Countries, is one of the DC metropolitan area’s biggest family events of the year. Join NatGeo for Copernicus’ Star, a charming 90-minute animated film on the life of Copernicus and his brilliant revelations that changed astronomy forever. 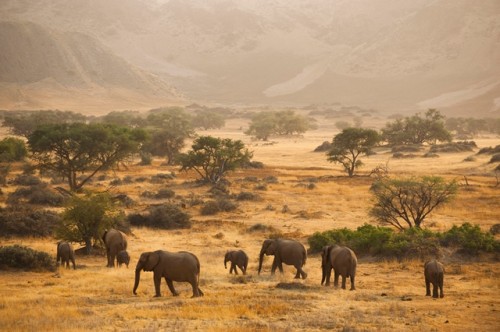 The Jewel of Namibia
Friday, Oct. 21; 7:30 pm ($20)
Join photographer Frans Lanting and videographer Chris Eckstrom on a wild desert journey through Namibia. This southwest African country recently proclaimed its entire coastline as a national park. The husband-and-wife team, who have worked on Nat Geo projects for more than 20 years, will share images and video of unusual animals and stunning landscapes, as seen in the June 2011 National Geographic.

Into The Silence: Everest
Tuesday, Oct. 25; 7:30 pm ($20)
Based on newly discovered documents, Nat Geo Explorer-in-Residence Wade Davis’s new book Into the Silence: The Great War, Mallory, and the Conquest of Everest tells the story of the legendary and ultimately tragic 1924 British Everest expedition. Linking Mallory and his comrades’ determination to gain glory in the Himalaya to their bitter experiences in the trenches of WWI, Davis offers a compelling fresh take on history.

The Big Idea: The Power of Choice
Conversations Between Nobel Laureates and Nat Geo Explorers
Wednesday, Oct. 26; 7 pm ($20)
Why do humans make decisions the way they do? And what does that mean in the context of the current threats to our species’ survival? Daniel McFadden, the 2000 Laureate in Economics Studies, whose work focuses on how people make choices and sort themselves into groups, will discuss questions of human choice and their repercussions with Nat Geo Explorer-in-Residence Jared Diamond, Pulitzer Prize-winning author of the bestseller Collapse, which analyzed the phenomenon of societal failure. Conversation moderated by National Geographic Weekend host Boyd Matson.

Music On…Stage: Sussan Deyhim
Thursday, Oct. 27; 7:30 pm ($25)
Iranian singer/composer, Sussan Deyhim thrills fans worldwide with music drenched in ritual and mystery. Her recordings offer a mix of artists, such as DJ Spooky and Bill Laswell, and U2 features her work in their 360 Tour videos. Bobbie McFerrin says: “Her rich and complex vocals are warm, beautifully sung, and always surprising.”

Halloween Fun With the Jimmies
Saturday, Oct. 29; 1 pm ($16 adults, $12 kids under 12)
“Gimmie Jimmies” is the rallying cry of this NYC-based kiddie rock band, a Parents’ Choice award winner whose clever, creative music gets kids rocking. The heavy guitar groove hooks in parents as well. Come dressed in your Halloween costume— maybe a lion, leopard, or tiger, to support NG’s Big Cats Initiative—and get ready to rock’n’roll.