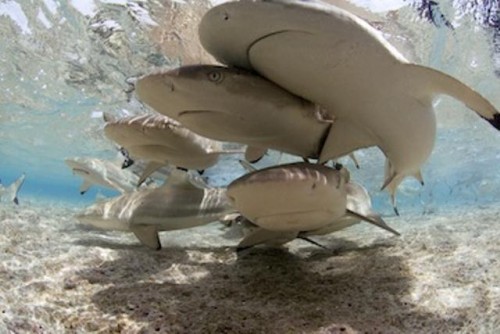 The idea bloomed after Eilperin began looking for something to write about. The oceans have had a long pull on Eilperin; they’re a subject she can fill conversations about, and for good reason. “It’s still unknown territory to humans, to a large extent, so that’s what intrigues me,” she confided. “So much of our world has been explored and documented, but when it comes to the sea, we’re still in a period of intense discovery. Also, it’s just so different from the environment in which we operate on a daily basis.” Casting about for the right angle, a colleague suggested the shark and it intrigued her enough to explore further. 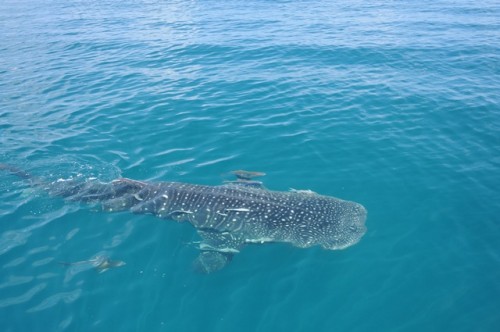 Rather than go the route so many authors have gone, recounting endless tales of danger and triumph, blood and fear, she looked for something different. “We’re at such a critical point with them, both in terms of how sharks are in danger of disappearing, and we’re learning so much about them through science,” she said. “So it made sense to focus on sharks at this moment. They’re also globally distributed, so it allowed me to travel the world and meet people from all sorts of places.”

Over the span of two years, Eilperin traveled the globe in search of different angles to look at the planet’s more deadly aquatic species. She discovered that sharks weren’t the one-dimensional species that exists in today’s common mindset. These were a creature entwined in many cultures for a variety of reasons—and one in danger of finding itself on the sliding slope to extinction.

She easily shared our society’s instant fascination with the shark, despite its dangerous nature. “I think we’re fascinated by their many senses—the fact that they can detect a drop of blood in an Olympic-sized swimming pool, and use electro-reception to spot a fish buried in sand. Plus, the fact that they can eat us is both terrifying and compelling.” But she also discovered much, much more. 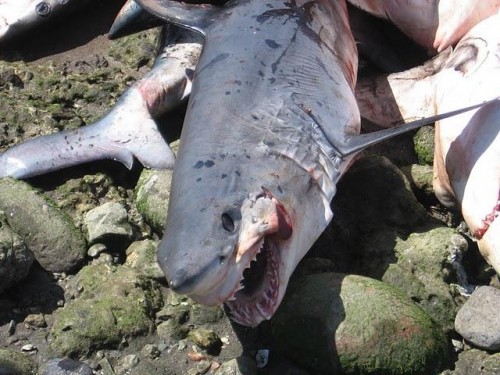 One cultural viewpoint stands out from her travels. Her inquisitiveness took her to Hawai’i, where she found a more nuanced view of sharks among the islands’ ancient culture. “I loved how the Hawaiians saw them as sort of Mafia godfathers, where if you paid proper homage, they would reward you but punish your enemies,” she explained. And yet, in other parts of the world, the shark is nothing more than a prop in a massive culinary scandal. Shark fin soup, she discovered, could be a considered more a culinary scandal than delight.

In many Asian homes, serving shark fin soup is a way of proclaiming the high status of the celebrants and honors the guests around the table. The continent’s growing wealth and population explosion has begun to outstrip the ocean’s ability to provide for the ever-increasing demand of shark fins. Eilperin says that between 1996 and 2000, nearly 73 million sharks were killed globally to supply the fin trade. And the soup? She was floored to find that the fin was nothing more than a “translucent, tasteless bit of noodle.” It added next to nothing to the delicacy; the dish proved to be less a culinary dish and more of a status icon.

That bit of discovery was an eye-opener for Eilperin and presented itself as an obvious solution to simple conservation. “Simply reject the global consumption of shark’s fin soup and the catching of sharks in kill tournaments in the U.S. and elsewhere,” she said. “More broadly, people just need to focus on what’s happening in the oceans.” Because sharks reproduce very slowly, there is no way for the species to reproduce fast enough to prevent overfishing. Sustainable shark fisheries are a pipe dream. 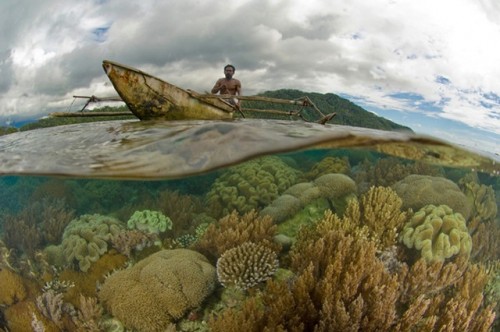 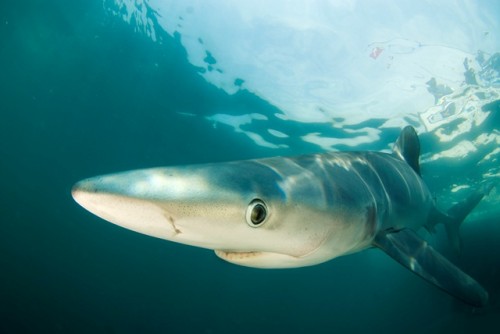 One cannot go on a two-year trek to write about sharks without getting in the water with them and Eilperin was eager to join in. Shark dives varied in how they were conducted and she had a myriad of experiences. “A typical dive often involved a scientist or dive operator chumming the water with bloody fish to attract the sharks, but in the case of whale sharks, we didn’t do that,” she said. “And with the exception of my one cage diving experience with great whites in South Africa, I just went diving or snorkeling with sharks without any specific protection. And most of the time I was swimming near coral reefs, so there were other great animals and plants to see as well.”

Her first dive was also her most memorable. “The first time I got in the water with sharks in Bimini I was terrified, so that experience is still the most vivid for me. I recall them coming from all directions, and I was shocked by how beautiful they were.” The range of photographs chosen for the book showcase much of the animal’s predatory beauty—and the rawness of its coexistence with humanity. 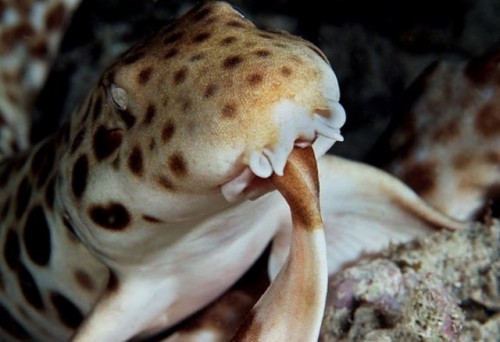 By the end of her research and subsequent writing, Eilperin’s perspective on this deadly species had been altered. Her experiences encompassed many different species under the water but also hundreds of personalities across the globe. Her book recounts many of her encounters, from fishermen to shark fin traders to scientists. “I have a much closer connection to the sea now than I did before I started writing the book, which is amazing. And I would do it again in a heartbeat—through I think my family, especially my mother, is happy I’m not in the water with sharks quite as much as I used to be.”

Eilperin’s experiences are winding tale of discovery – not just of the mysterious shark but also of our human interactions with this oft-misunderstood species. More than just a Hollywood “boogeyman,” the shark has firmly planted its toothy bite into the fabric of many cultures. Eilperin shows us that it’s now up to us to return the favor; through even simple awareness and conservation, the shark will not fade as a mystery but remain as a living symbol of this planet’s terrible, graceful beauty.

Join Juliet Eilperin tonight at 7:30 pm at the National Geographic Museum. The Museum is located at 1600 M Street, NW. Tickets are available online or by calling the box office at 202.857.7700. There will be a wine and dessert reception after the program. Parking is free for all program attendees who arrive after 6 pm.