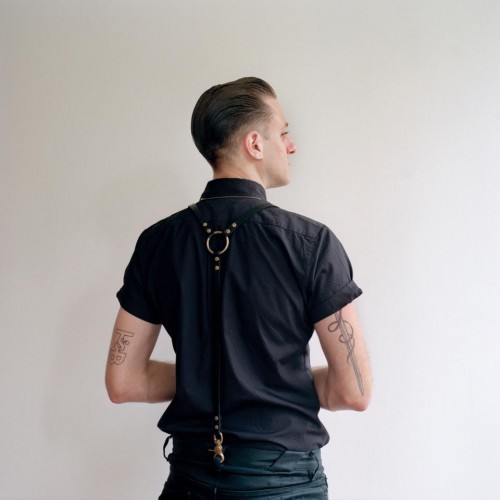 courtesy of Drop The Lime.

On Thursday night, I descended into U Street Music Hall to catch the choice underground double bill of The Japanese Popstars and Drop The Lime. Both were billed as performing live so with The J-Popstars being hailed as the best new live electronica act from Ireland and Drop The Lime finally unveiling his rockabilly-meets-electro project I was expecting a pretty great time. The Japanese Popstars however failed to perform live at all; instead they delivered the weakest DJ set I have personally experienced at U Street Music Hall. Rumor has it they refused to perform live because the crowd was too small. This was a major disappointment but the night was ultimately salvaged thanks to the combination of Drop The Lime ripping the roof off of the place and local spinner DJ Stereofaith closing out the night with a strong electro set.

I had myself pretty excited for to see both acts by the time I stepped into U-Hall on Thursday night. The Japanese Popstars have terrific buzz and I had been listening to their 2008 debut album, “We Just Are”, all week. I was really expecting a cool show from them but as my wait for the show to begin got longer and longer, I began to realize that I was listening to The Japanese Popstars already. They were playing an uninspired set of music from the DJ booth. I wouldn’t really even call it a performance because it felt about as genuine as a celebrity I-pod shuffle guest spot. I asked around and the rumor on the dance-floor was that they had refused to perform live because the crowd wasn’t big enough. If that is true then The Japanese Popstars can go get stuffed. They should have checked their ego’s at the door and performed the real show; people paid to see them perform live and they let those people down.

What Drop The Lime and his live band did was about as opposite as you could possibly get from the lame disappointment that was The Japanese Popstars’ performance. Drop The Lime (live) delivered a passionate frenzy of noisy rock-n-roll with epic dance music structure and timing. The group consisted of Luca Venezia (DTL himself) on vocals, guitar, and sampler; an incredibly tight live drummer; and two beautiful back-up singers/dancers who proved to be much more than just a couple of pretty faces. Their entire set was drenched in sweaty sex appeal with Venezia looking super-cool wearing a black A-frame undershirt, black jeans, and guitar slung low across his torso; his dancers appeared to have walked right out of a 50’s pin-up calendar hung inside the lid of some auto-mechanic’s tool box. The combination of the band’s great look, their seemingly boundless energy on stage, and their unusual genre-hybrid sound had the audience captivated.

It was like Drop The Lime put a spell on us commanding our bodies to move even though our brains might not entirely be able to process his strange mixing of rockabilly, western guitar, and pulse-pounding dance beats. There were plenty of reference points mixed into the music such as some Ennio Morricone spaghetti western themes sampling, a song built around the “Ghost Riders In The Sky” guitar peel, and a dash of the “Peter Gunn” theme. Drop The Lime managed to build each song out of one of these types of references into an energetic rocker before surprising us with an explosive dance-music change-up or break-down. There were countless moments where the listeners were completely rocking out before a huge wall of electronic sound suddenly exploded all around them.

The most impressive thing about Drop The Lime was how and when he would deploy some of these standard dance music techniques to ratchet his rockabilly tunes to the next level. Case-in-point would be during the opening song “Hot As Hell”; the crowd was rocking right along with this straight forward rocker for a full three minutes before one of the pin-up dancers surprisingly busted out with a wailing harmonica solo that rivaled some of the best repetitive body-moving sounds in electronic dance music. We danced our tails off the entire show as Drop The Lime cherry-picked the best tricks from two very different and yet equally danceable genres that in most people’s minds are separated by five decades. Thankfully for us, in Drop The Lime’s mind the two genres not only simultaneously co-exist, they complement one another brilliantly.