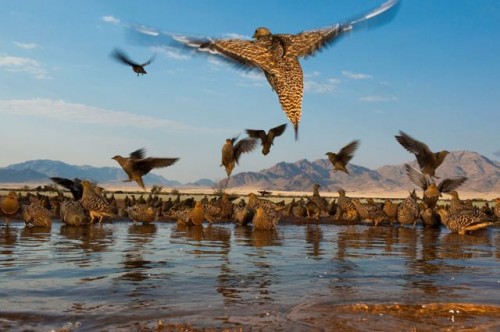 For November, the folks at the National Geographic Museum have put together some great programs before the holidays, including photographers, authors, and speakers. If you’d like to win a pair of tickets to an November program, simply list the two events you’d like to attend in comments before 2pm Friday, October 28. Make sure you use a legitimate email address and your first name. We’ll contact two winners (as determined by random.org) Friday afternoon.

In July 2009, amateur treasure hunters searching with metal detectors on a Staffordshire farm made an amazing discovery: hundreds of precious gold and silver objects from the seventh century. The trove of treasures and battlefield items remains England’s most important Anglo-Saxon archaeological find—a time capsule revealing new stories from when Germanic invaders were laying modern England’s ethnic foundations. Join us for a screening of the New National Geographic Channel film Secrets of the Lost Gold, followed by a panel discussion including Caroline Alexander, author of the new Nat Geo book and magazine article about the discovery, David Symons from the Birmingham Museums and Art Gallery, and Deb Klemperer from the Potteries Museum and Art Gallery. 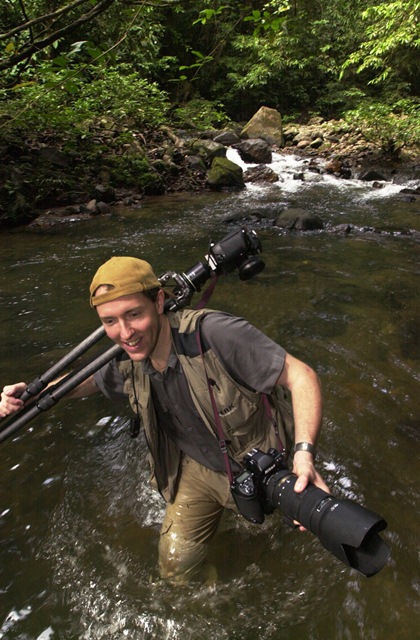 Since 2005, Dr. Spencer Wells, Nat Geo Explorer-in- Residence and director of the Genographic Project, has led scientific teams in collecting and analyzing DNA samples from hundreds of thousands of participants, creating a genetically based map of human migration from our African beginnings 60,000 years ago. Get an up-to-the-minute report and look over the horizon at the next steps to be taken in this groundbreaking research.

In 2002, National Geographic sent journalist Scott Wallace into the recesses of Brazil’s Amazon to track an indigenous tribe—the People of the Arrow. Hear his gripping first-person account of adventure and survival as described in his new book: The Unconquered: In Search of the Amazon’s Last Uncontacted Tribes.

Get breath-stopping perspectives on Earth’s most glorious vistas—the Okavango Delta, Iceland’s glaciers, and the rain forests of Southeast Asia—with one of the greatest natural history photographers of our time, Mattias Klum. His incomparable work earned him a medal from the King of Sweden. Through his lens, marvel at the beauty of our planet captured in striking new photographs and high-definition video.

Joseph Farris in his new Nat Geo book A Soldier’s Sketchbook: From the Front Lines of World War II tells the story of life in the foxholes as a young Army photographer, before becoming a renowned cartoonist, whose work has appeared on the cover and in the pages of the New Yorker magazine since 1971. Farris will converse with Anthony Swofford, author of the critically acclaimed Jarhead: A Marine’s Chronicle of the Gulf War and Other Battles. 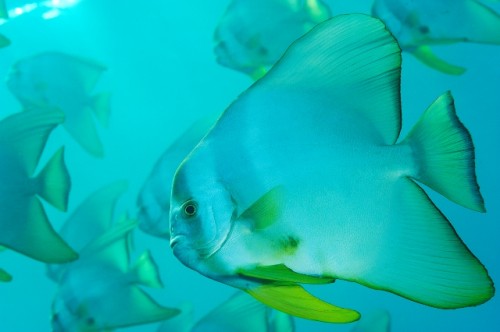 Why do only certain species survive? How can our growing knowledge of genomes reveal a deeper understanding of Life’s cycles and secrets? Hear a conversation between Martin Chalfie, 2008 Nobel Laureate in Chemistry, who pioneered using a fluorescent protein to track cancer, and Nat Geo emerging explorer Beth Shapiro, who uses ancient plant and animal DNA to study evolution. Nat Geo Weekend host Boyd Matson moderates.

Take a thrilling ride through the world of wildlife with Brady Barr, reptile expert and host of the National Geographic Channel series Dangerous Encounters. The first person to capture all 23 species of wild crocodiles, Brady has risked his life to preserve some of the world’s most amazing animals. Go behind the scenes with Brady and hear about his most exciting adventures.

Using his camera to tell the oceans’ stories, Brian Skerry has spent more than 10,000 hours underwater, often in extreme conditions. His images celebrate the mystery of the depths and offer intimate portraits of elusive sea creatures. Join him for a journey beneath the waves with images from Ocean Soul, a landmark retrospective of photographs published by Nat Geo Books with support from Conservation International.

Steve Winter is an award-winning wildlife photographer known for innovative technology and his uncanny ability to get up-close images of the world’s most elusive animals. He recently traveled through India, Sumatra, and Thailand to document the dwindling population of Asian tigers. Winter’s powerful and moving images of these beautiful animals will appear in the December 2011 issue of National Geographic.