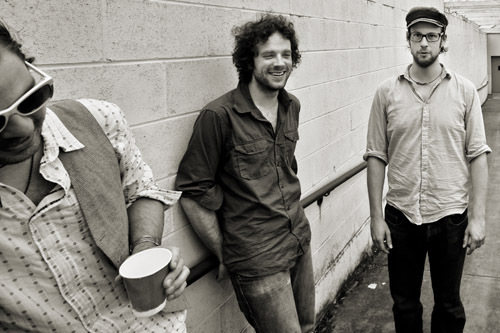 Plants and Animals are a post-rock trio from Canada, currently based in Montreal. Their energetic, guitar-driven indie sound has garnered them acclaim and recognition from the likes of Paste, Filter, and Nylon, among others. They are currently on tour of the US and Canada, and are making a stop at DC’s Red Palace this Friday, April 6th. WeLoveDC’s Alexia Kauffman got a chance to chat with guitarist Nic Basque, and here’s what he had to say.

Nic Basque: Oh, it’s going well! We’ve done a few shows where we’re from, in Montreal, Quebec, and we went to South by Southwest, and now we’re on the West Coast, driving to Portland.

Alexia: How did South by Southwest go for you?

Nic: It was great! A bit insane, but we got lucky. Our label and management company organized a showcase in a church, so it was pretty calm, and we had good sound. That was great. And we did a couple of bar shows, and those were fun too. I think it was the first time we traveled there with a sound engineer, and that made a huge difference. We were a bit more in control, so that was great. But it was insane!

Alexia: I’ve heard it’s like totally nuts! Did you have any favorite moments while you were there?

Nic: Well the show was fun, and we went to a Mexican place we go every time where they have avocado margaritas- that was fun. We saw some friends too…In terms of shows we didn’t see much except for the showcase. It’s so weird the conditions that bands are playing, that it’s tough to really enjoy bands there.

Alexia: What are some artists that were important to you when you were growing up?

Nic: When I was young, well when I was in junior high I listened a lot to Led Zeppelin back then, and I think that’s how I started playing guitar, ’cause I wanted to learn those guitar lines. And I was listening to Metallica- that type of music was popular where I was. And then for like five years all I listened to was jazz music, and then I went into experimental music, and I just listened to weird noise/guitar stuff.

But as far as doing music, I remember when I was in elementaryschool we had a teacher that was really good and inspiring, and he told the class… one thing you should do is you should follow your passion in life, even if it is against what people are telling you to do. So I followed that advice, and I think that teacher helped me going towards a music career. 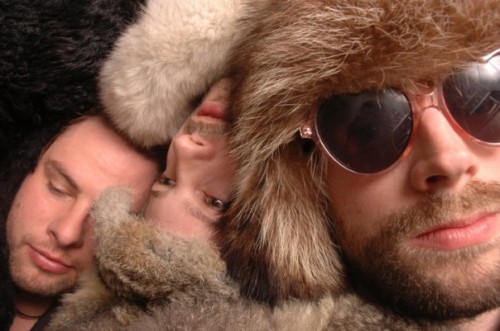 Alexia: That’s really cool. How did the band come together?

Nic: Oh, well Warren and Woody were- the drummer Woody and Warren the singer- were friends since they were kids, and they moved to Montreal, and we all studied at the same university, and I met Warren, we had a class (together). We liked the same type of music, and we started chatting together. I think Woody was in South America traveling, and when he came back we just started playing together for fun. And there were a lot of new venues in Montreal where they often needed bands to open. So we were opening for bands, but without having really worked any songs- we were just showing up at the venues with our guitars and drums, and jammed before the headliner would show up, so that’s how we started, by jamming in bars! (laughs)

Alexia: So with your newest album you kind of took a different approach to recording. Can you tell us a little about it- how it was different, and how the experience was?

Nic: Yeah, a lot of the time when we work on a record we work on the songs while we’re in the studio. This time we wanted to work on the songs before going to the studio. That’s what bands usually do- they write the songs, then they go record them. So we worked on a bunch of songs for a few months- the three of us, recorded them, like in a ghetto way, just to get a sense of what they were and work on the arrangement. I think this helped us out maybe knowing more what the record was going to be, and what we wanted to do. I think it’s the first time also where we talked about the type of record we wanted to do before being done. So we worked on the songs a lot, and the arrangements. I think working on the songs before, knowing how to get from point A to point B during a song it helped a lot so we could focus on playing well together while we were in the studio. There was still like stuff that we figured out in the studio, or songs that we never played before that we worked in the studio. It was the first time that Warren had I think all of the lyrics written before recording. Like sometimes we would record a song and he would figure out the lyrics later, and then we regretted some move we did in the song cause we would have played differently if we knew what the words would be at that point. So it was a fun thing, he sang most of them live with us, so it was fun to play and know which word goes where. It’s a performance thing, but I think it inspired a lot of the recordings to have the lyrics before. 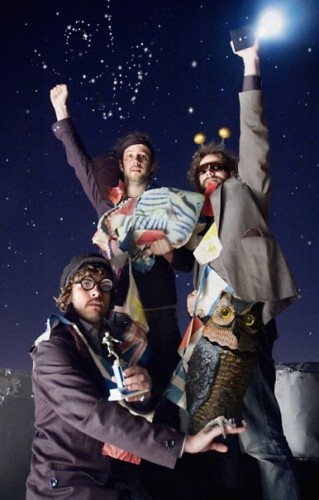 Alexia: So you recorded The End of That in France?

Nic: Yeah, we went in France, near Paris, in a city called La Frette- it’s like twenty minutes outside of Paris. It’s where the rich families from Paris used to go in the country for vacation, they had country houses over there, in the ninteen hundreds, or something like that. So there’s a guy we know who has a studio in that city- it’s a big house, really warm, and it’s world-class, really a good studio, but it’s just in a house, which makes it incredible. So we got really lucky, he invited us to record there. It’s the second time we were there, we went there a bit for La La Land, but this time we really locked ourselves there for two weeks with the engineer, a guy named Lionel Darenne, and we tracked the whole record in two weeks over there. It was difficult, but it really was exciting- it was really an inspiring environment. We were really lucky to be able to go there.

Alexia: I read that you all have added bass to the band?

Nic: Well we always had bass on our recording, but live were a trio. And I think it worked, but we always had been talking, like for a year or two that it would be fun to bring someone else on the road with us. First of all to not do the same show that we’ve been doing, like when we play the old songs- to do new arrangements, and also to have that groove, that bass, that low frequency that just the bass can do and a guitar can’t reach. So we were talking about it and there’s a friend of ours who it just made sense to have him with us- the chemistry worked pretty well. So we tried a show with him in Montreal in a little studio, and it worked- a lot of our friends were there, and a lot of them had the feeling that it was like he had always been playing with us. It didn’t take anything away, it just added to the spirit and the chemistry of the band. So it’s a big change for us, but it’s great because we can revisit some of the old songs, and we can be really close to the songs from the last record too, and it helps a lot for the groove, and to free us up. It’s a great addition for the concert.

Alexia: What are your plans for the near future?

Nic: Well for now the plan is to tour. Right now we’re going to Portland, and after that we’re going back to Canada, then making our way to the east coast, and then we’ll go to the States, east coast, south, west, we’re basically touring until June. I think our mind is on getting better live, and doing the best show. Also just before we went on the road we went to a friend’s cottage in Vermont and started working on new songs. We still felt, like, really inspired from the recording session, and felt like we had touched something with that record, and didn’t want to lose it before it came out. We worked on a few new songs, a few new ideas, I don’t know if we’ll keep any of them, but it was really fun to work on new material before the record was out. I think we’ll keep working on that on the tour. Besides that maybe a couple of festivals this summer. We’re playing a festival in Montreal that should be fun. That’s about it!

Check out the latest video from Plants and Animals here.