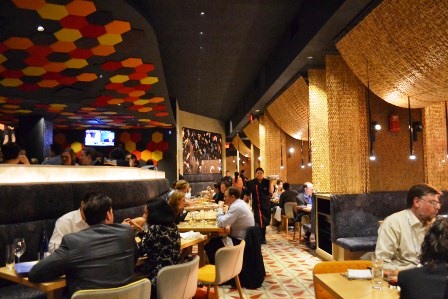 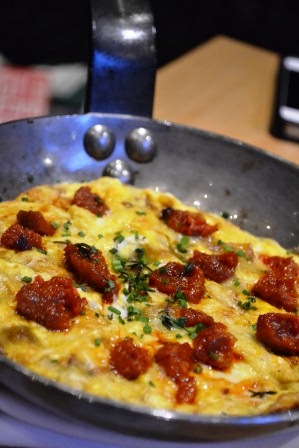 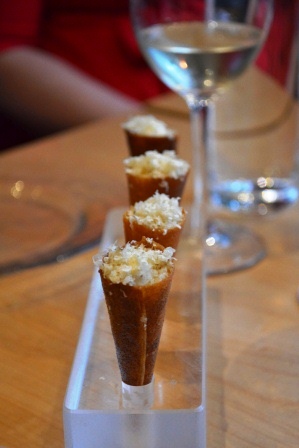 The man behind the kitchen at Jaleo is Ramon Martinez, a young, energetic chef who has also worked at the famed El Bulli. Martinez has overseen the kitchen operation of all the DC Jaleo’s but now is more devoted to the Chinatown outpost. And with every good bite Martinez makes, there is an equally tasty drink to accompany it. Under the direction of head Bartender Owen Thomson, Jaleo now offers six unique Gin & Tonic combinations, Jose Andres’ drink of choice, all beautifully presented and refreshing. If wine is your thing, you get an Ipad with it too. Jaleo is the first restaurant in the city to offer the entire wine and beverage list on an Ipad,  so you can search and learn about what you are drinking.

Now… onto the more important matter: La Comida (the food). First off, lets start with the cones. I am a huge fan of all things bite-size but always am left wanting more. In this case, a hundred more. These cones are borderline addictive. Small, but flavorful. My favorite was the serena cheese cone with quince paste, but the salmon tartare and trout roe cone is also a force to be reckoned with. We all know the traditional pan con tomate, but imported from Spain comes the oh so good pan de cristal con tomate, which is a light, airy, crispy bread, that soaks up all the rubbed tomato perfectly. The tortilla menorquina, a Spanish omelet with sobrasada, onions and mahon cheese was creamy and spicy at the same time, and cooked to perfection. The empanadillas de brandada de bacalao– cod brandade wrapped in a fried dough and drizzled with honey- is worth the mess. These little pockets burst with unexpected big flavors. The gambas al ajillo– the classic spanish tapa of shrimp sauteed with garlic, will have you ordering more bread to soak up the sauce, these are the best gambas al ajillo I have had in the city. 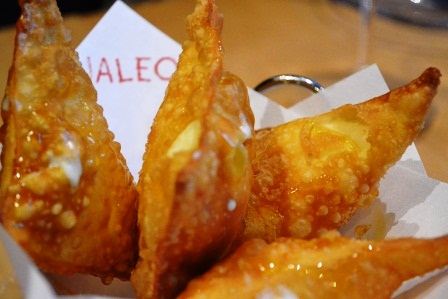 While I have recently become a fan of oysters, I absolutely loved the Ostras a la Gallega– five warm oysters served with potato, sweet paprika and olive oil. In following with my shell theme, the steamed mussels with a salsa of tomatoes, cucumber, green pepper and onion were light and fresh, or you can booze up your mussel and go for the Gin and Tonic oysters. I also recommend the calamares en su tinta– a basque style squid in it’s ink-dark and tasty. 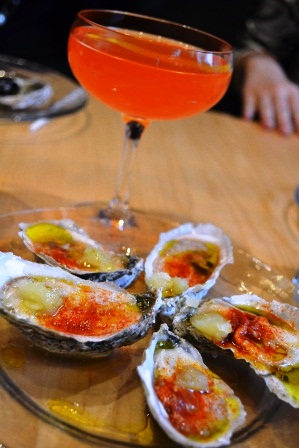 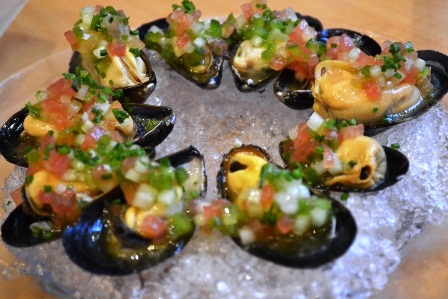 For larger parties and plates, don’t miss the “secret” steak. You can break your Meatless Monday promise for this one. A large skirt steak, apparently of the black-footed Iberico pigs of Spain, is served on a large plank, with thick crystals of salt, rosemary and thyme. With this porkalicious plank comes toasted tomato bread and two unbelievable sauces you will want to slather all over. A mojo verde- almost a chimmichuri type sauce, and a garlic alioli. 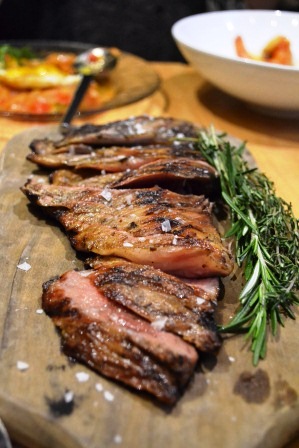 After the meat I thought I was going to fall into a coma, but somehow made room for dessert. We tried a dark chocolate mousse and brioche ice cream, garnished with a fried toast that was sprinkled with sea salt, the combination of salty and sweet was perfect. And because we didn’t have enough G&T’s, the second dessert was a foamy play on the libation. A refreshing, fruity sorbet with just the right amount of booze. 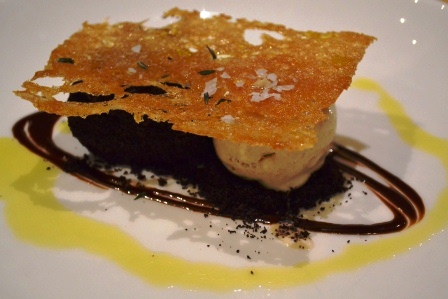 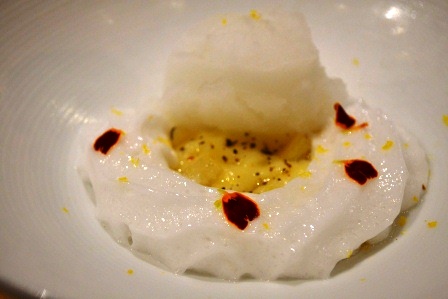 All things at Jaleo, except for maybe the customers, hail from Spain. Spanish designer Juli Capella, known for his innovative and modern designs, was responsible for the design of Jaleo Las Vegas, so a collaboration for DC was an easy ask. Jose Andres wanted to create a warm and relaxed environment with various spaces, from the bar area to the more playful group foosball tables, diners experiences change depending on table location. Colorful fabrics and contemporary tiles adorn the bar, while the lively art by emerging artist Daniel Canogar evokes action and play. Just go to the bathroom on your next visit and it will all make sense. 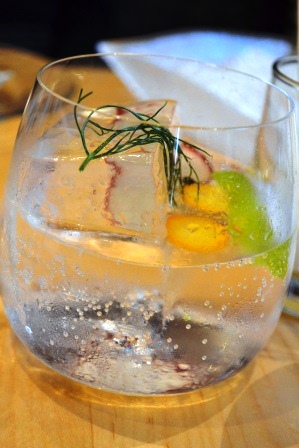