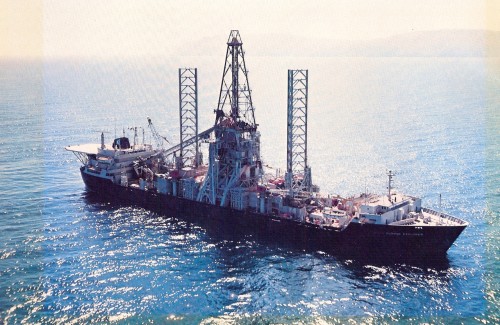 The story of Project AZORIAN began on March 1, 1968, when a Soviet Golf-II submarine, the K-129 sailed from the naval base at Petropavlovsk on the Kamchatka Peninsula to take up its peacetime patrol station northeast of Hawaii. Something went terribly wrong in mid-March 1968 as the submarine suffered a catastrophic accident and sank 1,560 miles northwest of Hawaii with the loss of its entire crew. Interestingly, the CIA history is silent on the cause of the accident, mentioning neither how the agency came to learn of the sub’s demise nor the exact location of its resting place 16,500 feet below the surface of Pacific.

Over the next six years, Project AZORIAN and Project JENNIFER (referring specifically to the Hughes Glomar Explorer) manifested and culminated in a successful operation in 1974. Sharp, author of The CIA’s Greatest Covert Operation: Inside the Daring Mission to Recover a Nuclear-Armed Soviet Sub, will discuss the project at length, though he sat down to give WeLoveDC a preview.

Dave Sharp is no stranger to the CIA’s secret projects undertaken during the 1960s and 1970s. He was recruited into the CIA in March 1958, two years after graduating from the University of Virginia and serving a short term in the U.S. Army Signal Corps. During the next 27 years, he had the good fortune to be assigned to a number of the Agency’s most famous (or infamous) programs, including the Bay of Pigs, the U-2 overflight program, the flight test of the A-12 hypersonic reconnaissance aircraft, and the AZORIAN submarine recovery program. From 1976 to 1980, he directed the research and development of espionage devices used by agents for the HUMINT (Human Intelligence) collection mission. Sharp retired from the CIA in 1984, and formed a technical consultancy that he has managed for over 24 years.

How did you become involved in AZORIAN?
In 1969, I was doing graduate work (with CIA sponsorship) at the University of Virginia. One day I received a call from John Parangosky, my old boss on the A-12 program. He simply told me that he had a great job for me and that I was to return to headquarters immediately. When I asked what the program was, Parangosky said that security considerations prevented him from telling me. When I asked if I had any choice in the assignment, he told me, “No. Report to headquarters next week.”

Parangosky was right. It was a great job. The best job I ever had. 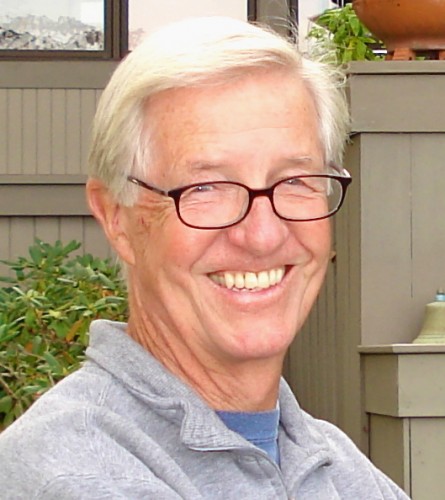 What was your role in the project?
Using an alias identity, I managed the 85-man program office in Los Angeles that was responsible for directing the sea trials and integrated system testing of the ship (Hughes Glomar Explorer) and the Claw that would be used to capture the sunken submarine. For security reasons, the program office was ostensibly part of a Howard Hughes ocean mining program.

During the recovery mission, I was a member of the ship’s crew, with responsibility for directing the operation of the submarine recovery equipment.

What was the most difficult part of the mission?
Two issues contributed to making the mission very difficult. The first problem was the very tight schedule. We only had five months of actual at-sea testing of the ship and the recovery system before the mission. The second issue was trying to maintain the credibility of the ocean mining cover story. The involvement of the CIA and its engineers had to be concealed from the public eye, restricting the participation of some of the CIA team and requiring many of them to use alias identities.

What special challenges did you face during the recovery process?
The biggest problem we had was the frequent failure of different elements of the recovery system. Because of schedule constraints, we had never been able to test the entire recovery system at the depth (16,700 ft) of the sunken K-129, or with the large loads we’d be encountering during the mission. The crew became very resourceful at repairing the failed systems, however, and eventually we became somewhat “comfortable” with our failures.

Because of the frequent system failures during the recovery operation, there was genuine and constant concern that an accident would cause the hull of the Explorer to break in two. Watertight doors located at the forward and aft walls of the 200 foot-long well were checked on an hourly basis for integrity. It was hoped that if a hull breakage did occur, the two ends of the boat would be able to stay afloat long enough to lower the lifeboats and save the 176-man crew.

Who developed the cover story, and did it do its job too well?
The ocean mining cover story was jointly developed by Global Marine (builder of the Hughes Glomar Explorer), Howard Hughes’ Summa Corporation, and the CIA. The CIA program office formed a Commercial Operations Division with responsibility for creating press releases and other publicity for the ocean mining program. The Commercial Operations Division also conducted some actual at-sea mining operations to further enhance the credibility of the cover. The cover story held up very well throughout the program, but there were some unplanned and unfortunate side-effects to the cover story’s implementation. The Securities and Exchange Commission (SEC) sued the CIA and Global Marine for misleading stockholders who thought they were investing in a new and profitable mining venture, only to find out later that the sole purpose of the Glomar Explorer was to raise a sunken Soviet submarine.

What happened to the Explorer after AZORIAN?
After the end of the AZORIAN and MATADOR programs, the Hughes Glomar Explorer was offered for sale by the U.S. Government. There were no serious offers. After a couple of years, a consortium of companies leased the Explorer to conduct real ocean operations to determine the actual feasibility of commercial ocean mining for manganese nodules.

At the present time, the Hughes Glomar Explorer – now called the Transocean Explorer – is being used to search for undersea oil reserves at ocean depths greater than 10,000 ft.

Stealing Soviet Secrets from the Bottom of the Sea is part of the Spy Museum’s “Spy Seminar Series,” a three-week program featuring a 90 minute seminar every Thursday from 10:15 to 11:45 am through the month of September. For tickets and other information, contact the museum box office (202.633.3030) or visit their website. The museum is located at 800 F Street NW, near the Gallery Place/Chinatown Metro (red, yellow, and green lines).