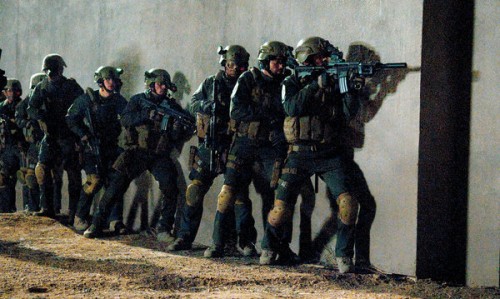 It was only a matter of time before a film that depicts the operation that resulted in the death of Osama Bin Laden would hit the silver screen. However when production started on a Mark Boal and Kathryn Bigelow Bin Laden film, one that was scheduled for release just before this week’s election, political waves were made. That film, Zero Dark Thirty, has been since moved to a January 2013 release date.

So in comes The Weinsten Company and National Geographic with their own film about the events that occurred on May 2, 2011.

Their film, Seal Team Six, will debut on the National Geographic Channel tonight at 8 PM, two days before the Presidential Election.

I attended a premiere screening of the film at the Newseum where I met director John Stockwell who assured me that politics did not play in the making of this film.

“Honestly nobody was thinking about the politics,” Stockwell told me on the red carpet, “[Producer Nicolas Chartier] is French- he doesn’t vote, doesn’t care- just wanted to make a kick-ass action movie… our screenwriter is a registered Republican.. the political fallout has all been unexpected.”

However before a packed audience inside the Newseum’s Annenberg Theater, Stockwell admitted that the Harvey Weinstein did offer some changes to the film. In re-edits of the film President Obama was given a bigger role through archive footage and photographs. Remember that iconic situation room photo? Be prepared to see it, several times.

But politics aside, Seal Team Six has the feel of exactly what it is: a made-for-TV film about a real-life event.

The film chronicles the events leading up to the raid beginning with the interrogation of a Guantanamo Bay detainee that reveals the identity of Bin Laden’s courier. From there we are introduced to a CIA analyst (Kathleen Robertson) who has dedicated her life to tracking down Osama. The events that follow pretty much go with what is publicly known through news reports and other articles about the operation. Clues lead to the Abbottabad compound which is observed and ultimately the decision is made to raid it.

Where the film takes creative license is with the Seal Team members that were ultimately tasked with fulfilling the mission. We will never know everything about those brave soldiers but screenwriter Kendall Lampkin offers us a backstory that creeps into cheesy docudrama. On a prior mission in Afghanistan, Seal Team Six leader “Stunner” (Cam Gigandet) and his group which includes operatives “Mule” (Xzibit) and “Cherry” (Anson Mount) find themselves in a firefight with al-Qaeda which results in a critical error from Team Leader Stunner. The mistake causes a riff in between Stunner and Mule that causes tension throughout their training for the Bin Laden operation. The Seal Team Commander (Robert Knepper) lost his wife at the Pentagon on 9/11- a possible motive for personal vengeance. It’s the kind of dramatic devices we’ve seen in countless action movies.

However the story they are trying to tell is rooted in real-life events, making it hard to go along with some part of the story.

There are some moments where the film is quite poignant, interview sequences with the characters are well-done and could pass as real cinema-verte. The action scenes are thrilling and manage to keep you watching even though you know how it ultimately ends.

While there is already Oscar buzz for the other Bin Laden film, Seal Team Six feels like a cheaper version of what we can expect from a film studio treatment later this year. Will it seriously influence the Election? Perhaps the buzz about the movie will but on its own it’s simply a film that does a good job at retelling but suffers from the dramatics. 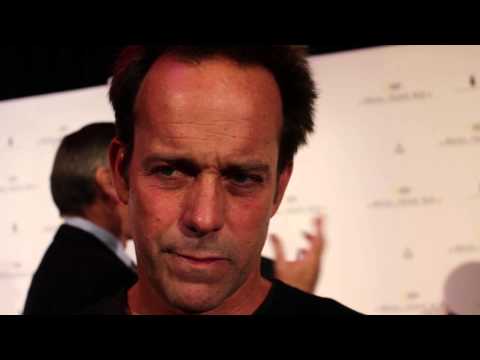