We all know Washington, DC is a city that likes to drink and party. Add The President and you have a good reason to grab a tux or gown and brave the cold. That’s what many of our We Love DC crew did as they hit up the Official and Unofficial parties celebrating the  Inauguration of Barack Obama. Here’s what they saw and heard.

Fedward (At the Official Inaugural Ball):  Since they closed the Mt. Vernon Square Metro station, we took the 70 bus down from Georgia Ave-Petworth. Thanks to road closures the bus detoured down 6th St and turned on New York Avenue, so we walked to our perimeter entry point from there. We opted to go coatless, so standing outside for twenty minutes wasn’t the most enjoyable time we’ve had. Once the line started moving it did so rather quickly. We got inside early enough that we were able to get close to the stage, and we stayed put until the big moment.

As a party, the Ball was a bit … odd. It felt more like a large concert than a ball, but the crowd around us were all very excited to be there. People sang along with every band. The food was no more than pretzels, Cheez-Its, and snack mix, which drew comments from everybody around us. We were able to buy drink tickets and get drinks with no wait and after a very generous second round we didn’t need a third round at all, but we did realize we’d need more food before the night was through.

The Obamas’ dance was sweet but restrained. They showed up, he bowed to her and took her hand, they danced, and they left. The Bidens seemed much more comfortable in front of the crowd, from Dr. Jill’s huge reaction at their entrance to Joe’s impromptu massage of Jamie Foxx’s shoulders. I can almost forgive them for not coming to our wedding.

The musical highlight for me was Stevie Wonder. No question. We bailed after John Legend started and headed across the street to the Passenger (where else?) and had a burger each before heading home. In the end the meager selection of bar snacks was the only blemish on an otherwise awesome night.

Author’s Note: Katie was also at the Official Inauguration Ball and from the looks of her Instagram feed, she had a great time and staked out a pretty good spot as well: 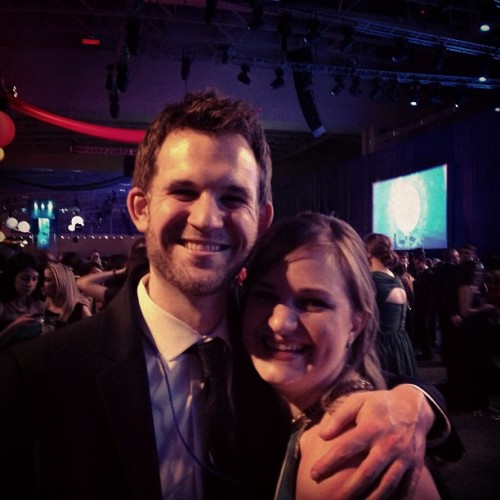 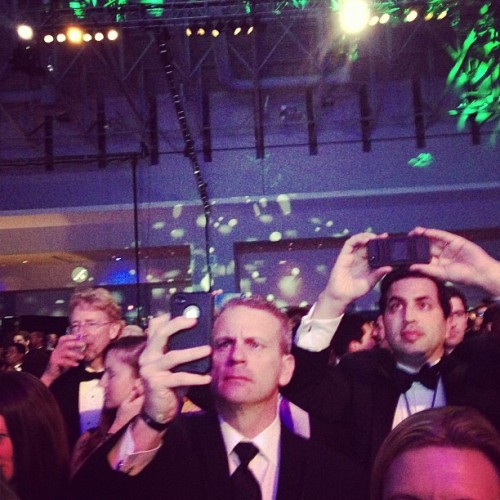 She also got a good look at the number one activity of Inaugural Ball guests: capturing every moment with their smartphones. 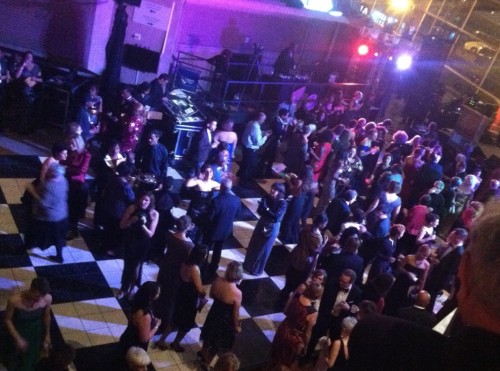 Joanna: I went to the Peace Ball at Arena Stage. Since it was thrown by Busboys and Poets, it sounds like we had better food than the Inaugural Ball – but that still wasn’t much. Cheese and crackers, mini pizza slices, lots of cookies. It was all fairly filling handheld grub, perfect for a party but not exactly priced to scale… HOWEVER! The drinks were more vodka than cranberry. And with musical guests like Sweet Honey in the Rock (who killed it) and Mos Def, the crowd got appropriately rowdy about two minutes in. 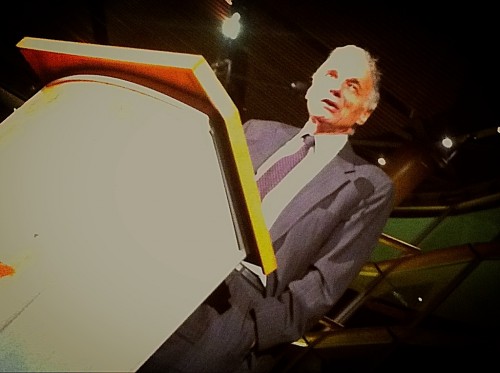 In the middle we heard from some speakers, including Ralph Nader, Rita Dove, Angela Davis, and others. What better party fuel than a debate about minimum wage, drone warfare, and mass incarceration (this IS a B&P event, after all!)

Biggest successes: Pretty good value for the price, interesting program all the way through, and a great crowd. Biggest flaws: Moby didn’t show up as advertised (personal emergency according to Twitter) and Nader didn’t take his shirt off. 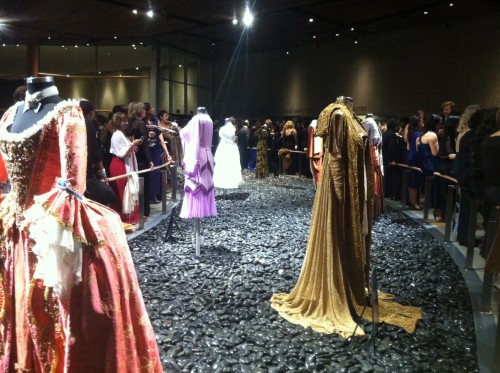 It was pretty cool to go to a ball decorated with ball gowns. Props to Arena (pun intended)! 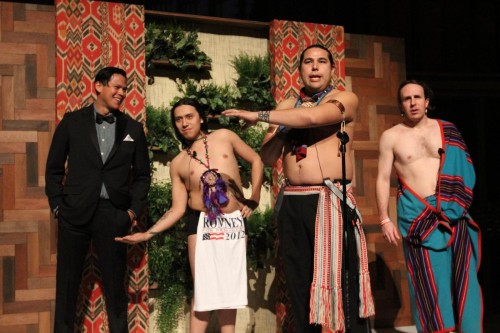 Patrick: I had a busy night covering both the Native Nations Ball at the Smithsonian National Museum of the American Indian and the HRC Out for Equality Ball at the Mayflower Hotel. I guess you could say I was Inauguration Ballin’. First stop was to the NMAI and once again I took advantage of Metro’s special rush hour service that was still in effect as I boarded a train around 7 PM. Leave it to me to dress up in Black Tie but take the Subway to an event.

It was my first time at NMAI and I loved the space. A patron at the $1,000 a head fundraiser/gala told me how much she enjoy the slate of live events constantly held in the building as well as the food. She was definitely right with her praise of the cuisine, the museum had an excellent spread of heavy hors d’œuvres that appeared to be the cream of the Inaugural Ball crop after reading the other WLDC reports.

Oh there were also cocktails and they were very delicious and never ending. 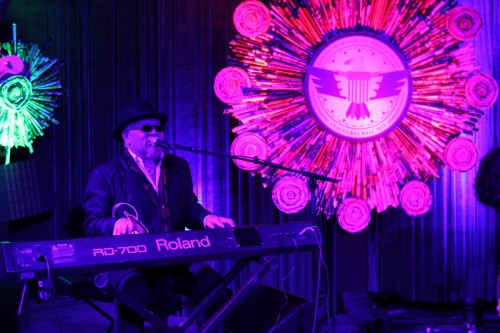 As for entertainment the sketch group The 1491s set the mood for the night when they opened the event in various stages of undress. There was also a complete line-up of Native American musical artists that performed on both the first floor terrance and in the third floor theatre. There was lots of dancing and fun. 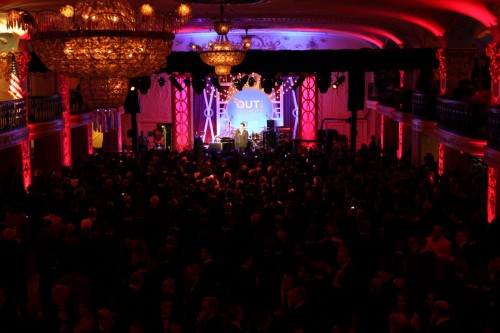 I ended my night at HRC’s Inaugural Ball where revelers packed the Mayflower Hotel in Dupont. The dress code was creative Black Tie and that led for some enjoyable ensembles: 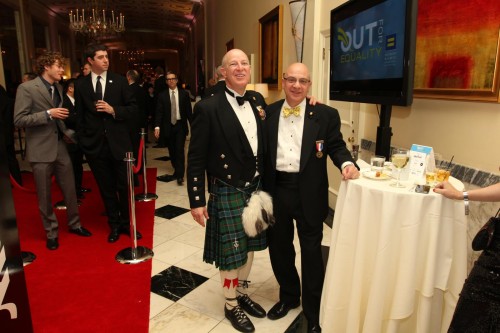 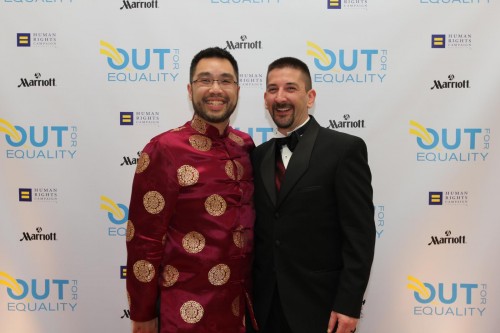 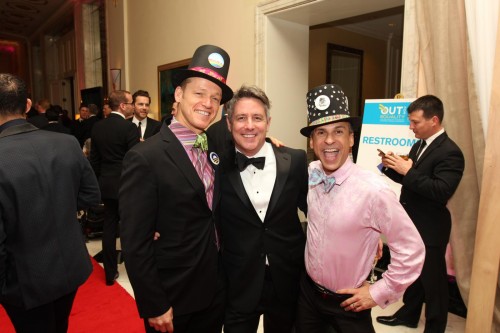 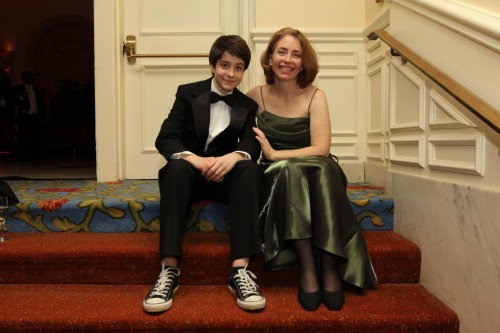 Among the notables at the event I spotted MSNBC’s Chris Matthews and his wife hanging out in the lobby talking with guests and later ran into my favorite weekend guru Maura Judkis from the Washington Post. 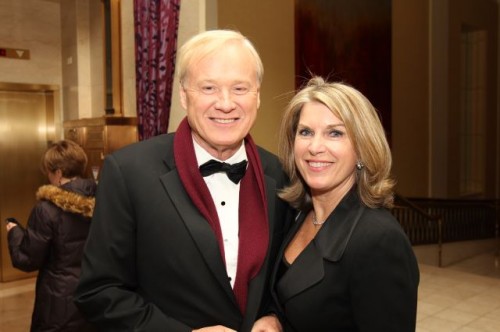 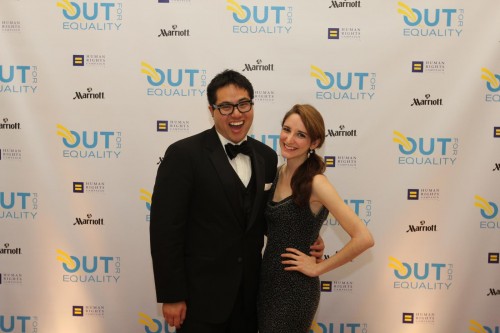 The night was capped off with a performance from Cyndi Lauper and partaking in what Maura described as, “sloppy dancing.” 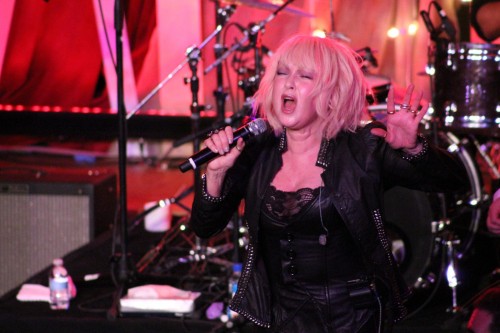 I can’t wait to do it all again- however I do need four-year break first.

One thought on “Inaugural Ball Flashback: The We Love DC Crew Hits The Town On Inauguration Night”