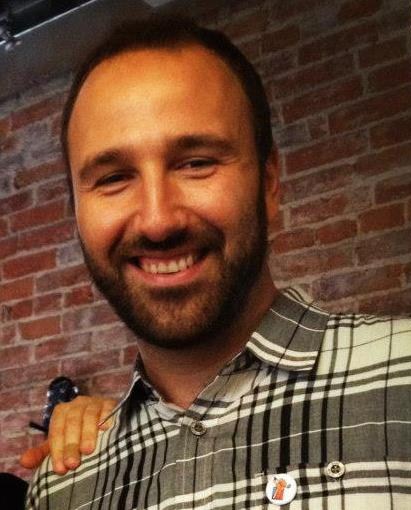 I guess I’m going to go with a perfect weekend day, specifically a Saturday which normally begins with a trip to the Mt. Pleasant Farmer’s Market for their pork buns. Then, if so inspired, a run through Rock Creek Park or some tennis. Hop in a car and grab a couple growlers from DC Brau, return to Petworth for an afternoon back porch BBQ, then out for an afternoon/evening of music and mayhem. I would probably try and make it to at least two different shows. If I make it down to H Street it might just be whatever is going on down there.

I feel like it is impossible to find a hidden gem anymore. I would say up where I live in Petworth you can still avoid the crowds at Domku, Chez Billy, The Blue Banana, or the Looking Glass Lounge. I am also a HUGE fan of El Chucho on 11th St.

Favorite personality …hmm. There are really too many people who I admire in this town I can’t say one without feeling guilty about leaving out 50 other, I will say this though, if I could have one person’s job, it would probably be Bob Boilen‘s. Where’s your favorite place to see a concert in DC and why?

I go to the most shows at the Black Cat. My favorite venue is obviously the 9:30 Club. I think small non-traditional venues like The Dunes and the Gibson Guitar Showroom are always a treat because of the intimate music experience they provide. But recently I have to say I have been enjoying house shows. My new favorite house show venue is the Dead Kennedy Center out on H St.

Kingman Island is currently my favorite venue because Listen Local First is a sponsor for the Kingman Island Bluegrass & Folk Festival. On April 29th we will be hosting an all day local outdoor bluegrass fest with over 25 local musicians performing in different capacities.