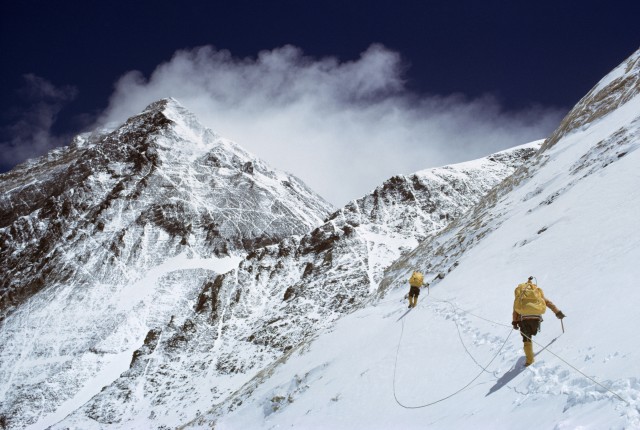 National Geographic Live’s spring programming winds down in May with several great events. As usual, our friends at the National Geographic Museum are offering two pairs of tickets to our readers. To be considered for the random drawing, enter your name and which two events you’d most like to see in the comments area. On Tuesday, April 30 at noon we’ll draw two names and get you set up with one of your chosen events. (Note that there are two events listed below that are ineligible for the drawing; the evening with Buzz Aldrin and the Beer Tasting.)

For those unable to attend these great programs, you can now view them online a few days after the live event. All programs are at the Grosvenor Auditorium at the National Geographic Museum on 17 and M Street, NW; parking is free for program attendees after 6 pm.

Isabel Allende: A Portrait in Sepia ($22)
May 1, 7:30 pm
Spend an evening with one of the world’s greatest writers when Isabel Allende, author of The House of the Spirits and most recently Portrait in Sepia, comes to National Geographic. A Chilean author whose books established her as a feminist force in Latin America’s male-dominated literary world, Allende spins stories of family, politics, and human rights that transfix audiences. She’ll converse with National Geographic Traveler’s Don George, editor of the new travel anthology, Better Than Fiction: True Travel Tales from Great Fiction Writers, which features her work. 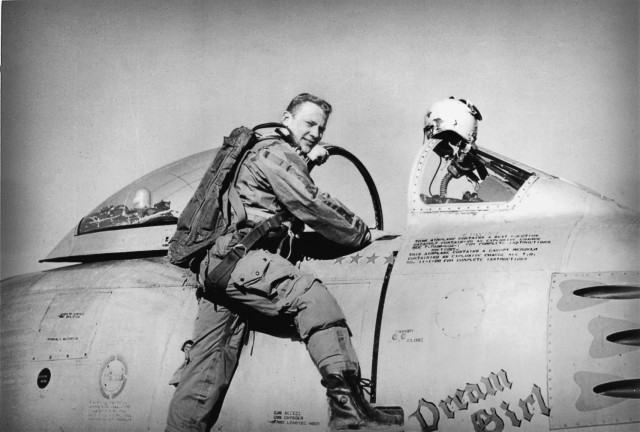 Buzz Aldrin climbs into his F-86 Sabre Jet in Korea, circa 1952. (Photo used by permission from the Buzz Aldrin Photo Archive and National Geographic)

Views From Within: Cultures Under Pressure ($22)
May 2, 7:30 pm
A young multimedia artist living in New York, Carolyn Drake turned 30 just after the World Trade Towers fell. She decided to step outside her multimedia bubble and create more tangible connections through photography. Now living in Istanbul, Turkey, Drake has received Guggenheim and Fulbright fellowships for her fascinating work on marginalized societies, such as China’s Uyghurs. Most recently, she documented the resurgence of a nearly lost civilization—Iraq’s Marsh Arabs—after Saddam’s oppression, for the May 2013 National Geographic.

The Call of Everest ($22)
May 6, 7:30 pm
Celebrate the 50th anniversary of the first Americans to reach the summit of Mount Everest. The new National Geographic book The Call of Everest looks not just at the heroic events of 50 years ago, but at Everest’s present and future. The event features a discussion featuring climber Conrad Anker, who led Nat Geo’s commemorative expedition to Everest last spring, and naturalist Alton Beyers, writer Mark Jenkins, and athlete Emily Harrington, who also contributed to the book.

Buzz Aldrin: Mission to Mars (SOLD OUT)
May 9, 7:30 pm
Meet a legendary space explorer and hear his compelling thoughts on why we must continue to venture forth into the cosmos. The second person to set foot on the Moon during man’s first landing of Apollo 11, American astronaut Buzz Aldrin makes a passionate, thoughtful case for sending humans to the Red Planet by 2035. His new National Geographic book, Mission to Mars, blends a history of space flight with his personal vision to guide future exploration. Aldrin makes the case for space as only one who has been there can.

Beer From Where? ($85) (NOT ELIGIBLE FOR DRAWING)
May 15, 7 pm
A well-loved annual spring event returns by popular demand as Garrett Oliver, brewmaster of the Brooklyn Brewery and editor-in-chief of the Oxford Companion to Beer, hosts an exploration of the world of beer. This year’s tasting—befitting the Geographic’s 125th anniversary theme “a new age of exploration”—will present beer from some of the most unlikely beer-producing places on Earth. Join us for this delicious and delightful evening, and you too will say, “that beer came from where??” (Must be 21, ID required. Enjoy local breads, sausages, and cheeses with your beer.)

An Evening of Exploration and Discovery ($22)
June 11, 7:30 pm
Experience the energy at one of the year’s most highly anticipated events at National Geographic—an evening with a panel of the world’s top explorers. A highlight of our annual Explorers Symposium, this event brings together extraordinary people from around the world, who are pushing the boundaries of knowledge and discovery. This year’s Explorers Evening will also be part of the Society’s 125th anniversary, celebrating our past, and looking ahead to a new age of exploration.