Rebecca: SOOOOO much going on this weekend. For starters on Friday I’m hitting up a birthday happy hour at Stoney’s after which I’m catching the Bosnian Rainbows concert at the U Street Music Hall. Post concert a drink on the newly opened rooftop of 1905 sounds like the perfect way to end a Friday night. Saturday it’s a sports filled day with pick up footie on the Stoddert Field at 10am and a sloshball match at our secret location in my hood. Sunday you’ll find me playing softball in Glover Park potentially against this week’s He Loves DC. Go Beach Bums!

Rachel: With the Nats out of town this weekend, that gives me plenty of time to spend with my softball team the Near Misses. We play in the Glover Park Coed Softball League on the corner of 39th and Calvert NW each Sunday between April and August. Our season comes to a close during the final week of July and in anticipation of the two-day tournament, our team is celebrating our season thus far with a lil’ party Saturday night. So I’m mostly looking forward to hanging with the team away from the diamond and then heading to the sandlot on Sunday.

Patrick: Crabs. We all love them. Perhaps you order them at a place like The Quarterdeck or buy them at the Maine Avenue Fish Market. Regardless of how you get them, you have your own special way of cracking them open and eating them. I’m somewhat ashamed to admit I’ve not experienced a good ol’ Crab Boil in all my years here. That will change on Saturday, I’m heading up to Bethesda and enjoying Crabs. Lots of Crabs. Sunday I will be taking in a lot of Fringe shows, I’m looking forward to “The Agony and the Ecstasy of Steve Jobs: The Musical.” Make sure you follow me on Twitter for all of my #CapFringe13 tweets!

Mosley: Fun packed weekend…again!  Friday I’m planning on spending the evening taking photos of the Washington Monument’s new lighting scheme.  Judging from the pictures in our Flickr group, it looks impressive and I want to check it out for myself (PS: check back next week for a roundup of photos).  Saturday is for Star Wars, specifically Return of the Jedi at the AFI in Silver Spring.  This is my favorite one of the Original Trilogy (don’t judge me) and, even though it’s the dreaded Special Edition, I haven’t seen it in a theater for quite some time, so I’m looking forward to it.  And Sunday I’m thinking of checking out the lotus blossoms at the Kenilworth Aquatic Gardens; with the summer heat soon to be hitting “UGH” levels, they won’t be around for much longer.

One Night in New York! 8 tedeytan

Joanna: This morning I found three pieces of glitter in my hair, left over from the Fringe Festival preview a week and a half ago. It made me realize two things: 1) I’m a walking dreamcatcher. 2) I’m really excited about Fringe opening this weekend! Along with the rest of the theater team, I’m seeing a bunch of shows starting Saturday. Follow me on Twitter @jocastlemiller for very (very) short reviews. Oh, and when I’m not seeing shows, I’ll probably try to get through some of the arts events on my wish list from last weekend. 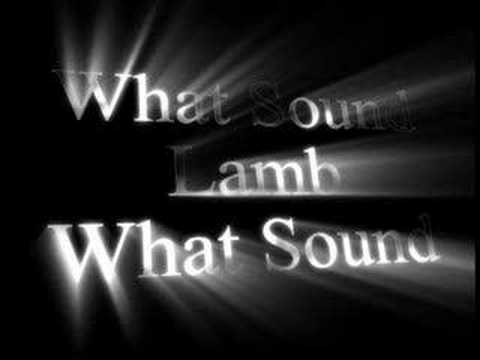 [editor’s note – I don’t hate you all so I refuse to embed videos from the worst band ever to pollute your ears with their sound while their fans pollute your nostrils. Enjoy some Lamb instead]

Tom: What’s that sound? Could it be the biggest jam band since the Grateful Dead? Yeah, Phish is doing two massive shows at Merriweather Post on Saturday and Sunday, and though I still don’t quite understand the pull, I’ll be there with bells on, because how can you miss something like that? I’m dying for some rest and relaxation, but it seems elusive. I may try to take myself back a bit with a malted from Buffalo & Bergen, which I’ve been craving since an NPR spot they did last weekend. Count me in for one DC’s great sandwiches this weekend also.

Don: As much as I’d like to be a part of the Fringe coverage this weekend, I’m going to plead infant with a sick wife chaser. So I’ll be sticking close to home, watching some Nats on the tv playing my hometown’s Marlins, wondering why they have a retractable roof stadium and we don’t. Oh right – because we went with a design to maximize the beautiful view of the capitol building. *cough*