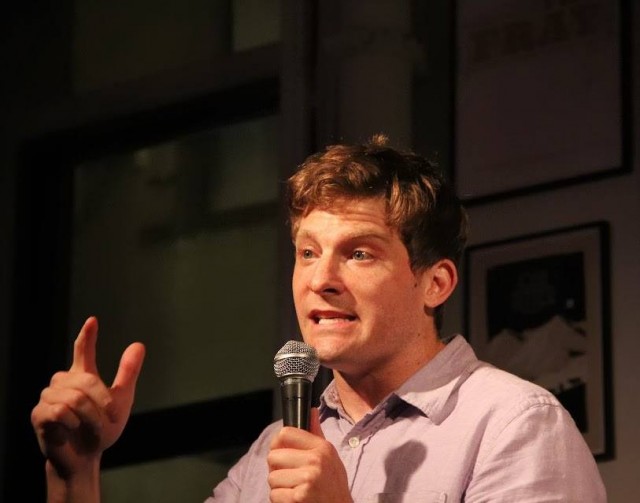 It would start very, very slowly, but would eventually end up at one of the Smithsonian museums. Free museums: you take ’em for granted until the Met tries to hit you up for $20! Somewhere in there, a stop at an Ethiopian restaurant — DC still has better Ethiopian food than any city in the country.

I really like watching the planes land and take off at Gravelly Point. I discovered it because I play ultimate frisbee, and some of the fields I played on when I lived in DC were down there. Nothing like trying to play sports while a 747 whizzes 100 feet above your head.

This may be blasphemy for someone who works in public radio, but I watch Pardon the Interruption every day and feel a particular DC pride in Kornheiser and Wilbon, even though they may no longer. But my favorite recent DC personality is Clinton Yates of the Post, who I think displays a special DC-ness in every thing he writes about. He writes very well. He also happens to be a guest at Ask Roulette, so I’m excited to finally meet him.

What is your favorite childhood memory associated with DC and why?

I’m just, just old enough — and also had parents who didn’t understand what kind of stuff they should and shouldn’t let a 13-year-old do on his own — to have gone to a bunch of concerts at the old 9:30 club. Woah.

You can see Jody and his show Ask Roulette at Politics and Prose (5015 Connecticut Avenue NW) on August 9.