Ho-Ho-Ho-Holidays are upon us. And therefore it’s time to get your last concerts of 2013 in. Mickey, Rachel and I have rounded up our recommendations for the shows you should hit in order to round out the 2013 DC concert year.

Historically speaking, slow holiday times make good times for rocking out and there’s solid representation from local bands, so keep reading after the jump for the goods. 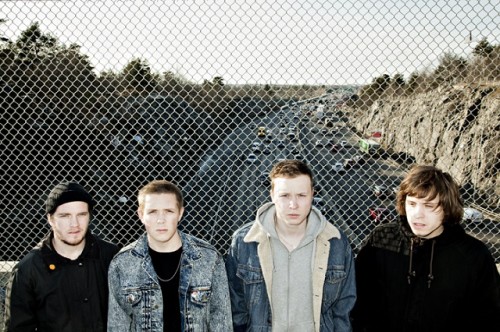 Swedish quartet Holograms recently released their second album, Forever, winning nearly universal praise from critics. Andreas Lagerström (vocals/bass), Anton Strandberg (drums), Anton Spetze (voals/guitar) and Filip Spetze (synths) may live outside Stockholm but they have been traveling the world in the past year, bringing their aggressive sound to DC9 on Wednesday, Dec. 4. Their label, Captured Tracks, describe the band’s sound as “matured and experienced” but influenced by “youthful energy and DiY/Punk upbringing.” I gave a listen to recent single “Meditations” and I’m intrigued enough to check them out. Openers TV Ghost of Indiana apparently bring some goth that carries hallmarks of The Cure and Echo and the Bunnymen, so I’ll be sure to show up early to judge those claims! – Mickey 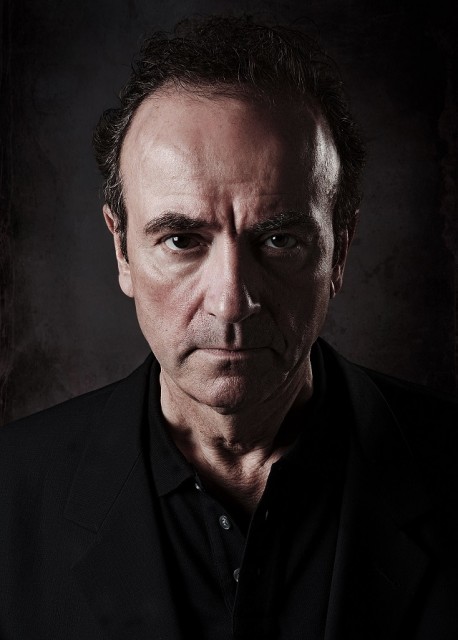 Hugh Cornwell is still best known as the singer and songwriter of the British post-punk band The Stranglers. That alone is reason enough to drop everything and go see the man, the legend, play at the Black Cat on Thursday, Dec. 5. I defy you to listen to “Always the Sun” or “Golden Brown” and not drift into a pleasantly nostalgic post-punk reverie. (Lest you think The Stranglers were all pleasant sunshine and heroine, their harder stuff like “Nice and Sleazy” and “Straighten Out” remind you of their punk tendencies.) The Stranglers continue today but without Cornwell, who has been recording solo since 1979. From 1993 to 2008, he was quite prolific, releasing something like nine studio albums and writing a couple of books. – Mickey

Three bands composed of DC-area musicians are working to recreate the music of Led Zeppelin, Genesis and Rush. The night features: Homer’s Donut as Rush, Selling Fairfax by the Pound as Genesis, Metaphysical Graffiti as Led Zeppelin. If Prog Rock is your thing then this show is something you’ll want to see. The evening’s organizer, Jason Mendelson, always brings together an eclectic and talented bill of performers. Plus — I’ve seen Selling Fairfax by the Pound as Gensis a few months back — they really do bring it.
– Rachel

Lowland Hum with The Cowards Choir
Thursday, December 12th
Sixth and I Downstairs

I’m coming clean. I’ve never heard of Lowland Hum but I tend to be slightly sheltered on occasion when it comes to new music. In any case, now that I know who Lowland Hum is (since they’re playing Sixth and I … and anyone playing Sixth and I deserves a chance … they always book stellar talent), I have to take a moment to encourage you all to see The Cowards Choir who will be opening up for Lowland Hum that evening. I feel like The Cowards Choir is a hidden gem of a local DC-area based band that continues to gain a following with each and every show they play. After recently rocking The Circus Life Live show and Rock and Roll Hotel, I can guarantee that their musicianship is something you’ll thank yourself for seeing in person. – Rachel

We did a ticket giveaway for these guys when they were last in town on October 24th, and WLDC Editor Jenn and I went to the show and were blown away by this group. Simple put its a group of awesomely talented and super nice people who play a tight, tight set of deeply moving and profound tracks. They seriously knocked my socks off at DC9. Check my preview of them to see if they’re up your alley. – Rebecca

Pardon me while I fangirl for a moment. I was already going to get a ticket to this show because seeing Honor By August at U Street Music Hall is something I wouldn’t miss for the world but then the band announced they’d be shooting a live music video for their new single “Already Yours” and it was settled. Ticket = acquired. 2013 has been a big year for Honor By August. The band has garnered considerable airplay on XM radio and toured with The Voice Season Two finalist Tony Lucca as well as Blues guitar prodigy Jonny Lang among others. I look forward to seeing what 2014 has in store for them! – Rachel 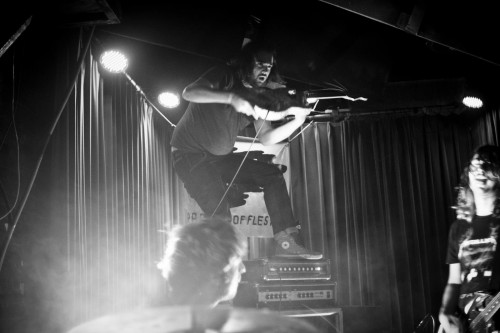 Bob Boilen of NPR’s “All Songs Considered” has been talking these guys up for the last few months, so I figure it’s time I check out what all the hubbub is about. Admittedly, I hate their name, but these punk rockers produce a Beach Boys-Blink 182 sound that I’m really digging right now. – Rebecca

I mean it wouldn’t be the holiday music season if I didn’t get some classical music in and enjoy the Kennedy Center decorations. This major work from Handel will definitely be worth shelling out the dough and getting dolled up for. I’m particularly looking forward to the “Zadoc the Priest” segment which is the Champions League theme. – Rebecca 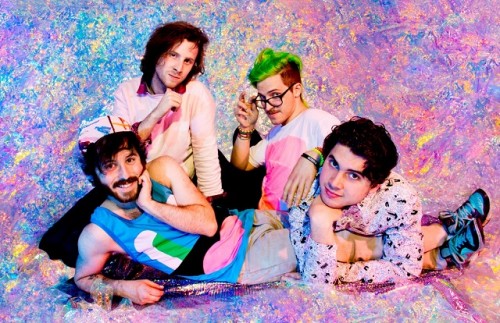 Hey, Scott Pilgrim vs. The World was a serious dud—largely due to poor casting in its lead actors and not at all due to its clever soundtrack. Anamanaguchi, a band of young New York City hackers, was responsible for that soundtrack, and they came back this year with a new album, Endless Fantasy, on their own new label, dream.hax. The new album thematically deals with reality and dreams, and the search for meaning as a young clever computer person. The 22 tracks of the album “explore dreamworlds of all kinds from polygon forests, to Tokyo drifting hills at 100mph, to the lifestream from Final Fantasy VII,” the band reports. The happy-go-lucky chiptune quartet makes some pretty good music, however, and it’s good to see them take the stage at the 9:30 Club after a sold-out show at the Rock and Roll Hotel earlier this year even if they are only doing so as the opener for Dillon Francis. – Mickey 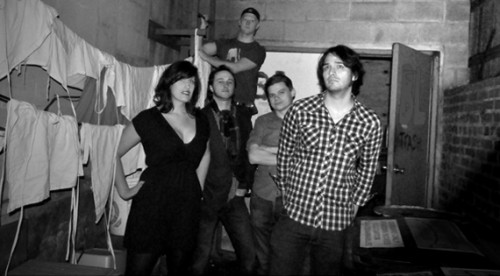 I’ve seen this 90s cover band a bunch of times and whether it’s at Irish Times, Acre 101 or Rock N Roll Hotel it’s always a fantastic, sweaty, hoarse throat producing show. Get ready to relive the music of your childhood, adolescence or whatever age you were in the 90s and do so surrounded by a crowd belting out Nirvana, Ace of Base, The Goo Goo Dolls, Spin Doctors and oh so much more. Words of advice: Bring a change of shirt, cause it gets sweaty. – Rebecca

When I saw their band name on The Jammin’ Java website I knew this would be a show I’d have to at least read a bit more about before making a final decision. Then I looked these guys up on YouTube. Not only are they talented but they’re a real laugh riot and great performers. – Rachel 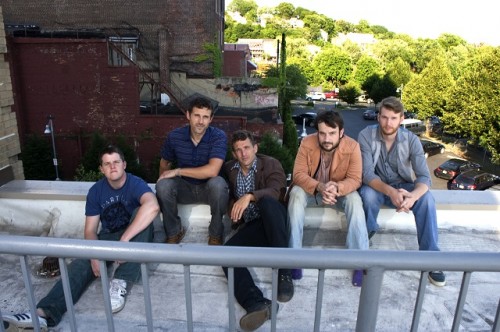 Being of Scots-Irish heritage, I occasionally wander into Irish bars, drink a few Guinness and listen to more than my share of Celtic folk rock. One evening many years ago, I wandered into Fado and discovered super-modern Scythian playing their particularly modern take on Celt rock. The DC locals quickly pulled themselves together as a full-time band and hit the road touring! And they occasionally look back and return, as they do on Saturday, Dec. 21 at the 9:30 Club. Over the years, the quintet have broadened their focus with the addition of Gypsy and Klezmer to their punk-flavored Irish rock show. It might be time to catch up with them again.

Speaking of local bands, you could do a lot worse than to catch an upcoming performance by local synth duo Pleasure Curses, either at The Dunes on Tuesday, Dec. 3, or as the opener at the Rock and Roll Hotel on Friday, Dec. 13. Several publications have hailed Jahn Alexander Teetsov and Evan Maxwell Grice as DC’s answer to a DFA Records band. Time to go dancing! – Mickey