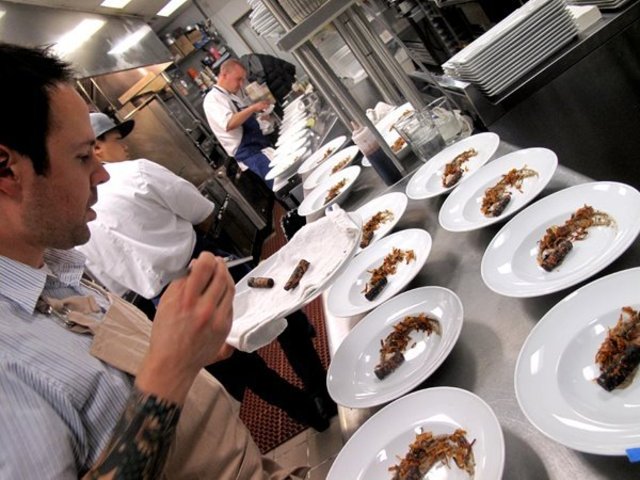 Aaron Silverman credits his neighborhood, Barracks Row in Eastern Market (on Capitol Hill), with the success of his restaurant, Rose’s Luxury.

And a desire to stay connected to that neighborhood is one of the big motivators for why the chef/owner does not take reservations, despite some controversy surrounding the policy.

“We don’t like kicking people out of their seats to sit the next person down,” Silverman told me in a recent phone conversation, “but a big part of it is that it’s advantageous to the neighborhood. All of the people in the neighborhood are at an advantage because they don’t have to drive for an hour or fly to get to us and then find out that we are full. Their risk is much lower. They can just walk across the street.”

Whether a restaurant takes reservations or no, its customers still have to play a waiting game. With reservations, they are calling on the phone every day with hopes to get a seat—four, six or eight weeks out. With no reservations, diners have the opportunity to show up that very day, but they may have to wait in line.

“Anybody who wants to be at Rose’s today can eat there today—guaranteed. You may have to get in line early and you may have to wait, but you are guaranteed to eat dinner there today if you want to,” Silverman declared. “If we took reservations only, we would be booked and there would be no way. You couldn’t just go.”

The policy of no reservations is the “lesser evil” because people who have waited can enjoy their meals for as long as they like, Silverman said.

And there has been plenty to like about Rose’s Luxury, which has an off-beat menu that contributed to it being named the best restaurant in the United States by Bon Appétit magazine in August. The recognition was only the latest in the string of accolades that have kept Silverman personally very busy jumping around the country when he’s not cooking or expediting food on his own line.

The staggering popularity, coupled with the no reservations policy, has kept Rose’s Luxury quite full mostly every day.

“It keeps your tables more full. The more full you are, the more money you make and the lower you can keep your prices and the more you can do for your staff,” Silverman said. 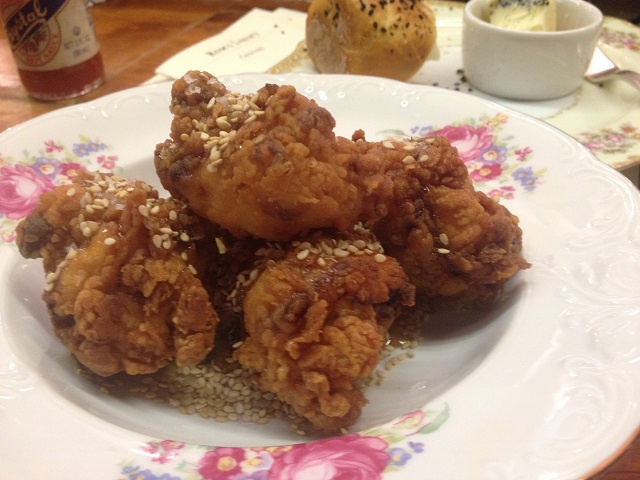 Indeed, the humble Silverman contributes the restaurant’s success to his staff—“very talented people that we are fortunate to work with.” And while the food may be good, the staff also are the single strongest element of the restaurant, the chef said.

“While our food is good, I don’t think it’s the strongest aspect of the restaurant. That’s our hospitality and our general attitude toward our employees and guests. That’s a huge reason for our success,” Silverman said.

Throughout his career, the chef said he’s only really learned to cook. He didn’t manage people because he didn’t want to do so, and he didn’t set out to own a restaurant.

But he read Setting the Table: The Transforming Power of Hospitality in Business by New York restaurateur Danny Myer, and it really affected him. He started thinking about the restaurant business in a different way. Silverman then developed and nurtured an ambition to run his own place.

The book also reinforced something he had seen at restaurants in New York—the quality of life for employees is very important. Myer advised putting employees first always, and Silverman agreed after finding that important in his restaurant jobs. So the chef likes to spoil and bond with his staff. For example, he closed the restaurant after training yesterday and took everyone bowling.

“There are some upsides to being as popular as we are. You are busy all the time; you make more money; you can afford to do nicer things for your employees—you can afford to give your managers rotating three day weekends every other weekend,” Silverman said. “There are things you can do that are very nice.”

Of course, hiring very skilled staff also helps to make great food. And Silverman acknowledged that he wants everything on his menu to be remarkable. 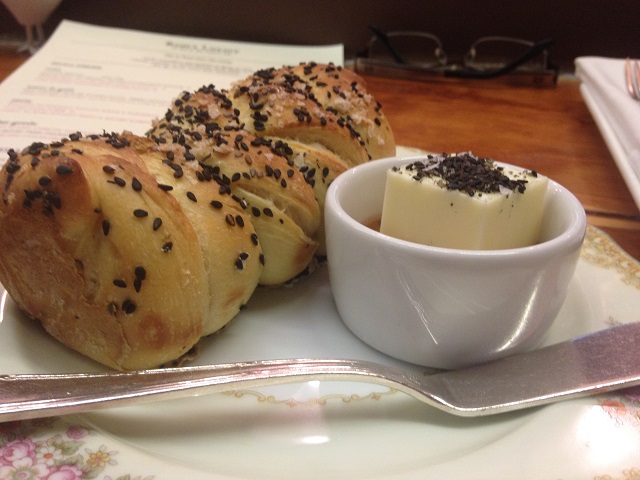 Challah bread at my first meal at Rose’s Luxury

Little things that Rose’s Luxury does like its hot bread, free to diners seated for entrees, are also a big hit with everyone. Sitting outside the open kitchen, you can watch the bread as it comes out of the oven—and its smell is always as delightful as its taste.

As successful as the menus at Rose’s Luxury have been so far, Silverman has “about 500” other things he would like to add to them. He keeps playing around with these unfulfilled ambitions when he has the time, which has been scarce lately.

“We’ve really wanted to do a roasted onion dish—sweet onions that are roasted. We’ve done them at pop ups in the past before we opened,” Silverman said. “It’s the whole onion roasted with the skin covered in butter and salt, and roasted for four or five hours until it becomes completely melted inside. It’s sweet and all of the juice comes out and that starts to caramelize and turn into an onion caramel.

“We’ve been working on this dish for a long time but it’s never really come to fruition,” he added.

The staff also have envisioned uni French toast, following on the heels of the restaurant’s foie gras French toast. They have developed uni ice cream but they have not yet assembled the full dish.

“Uni ice cream is fantastic. It sounds weird and often those things are weird, but in this case it’s incredible,” Silverman said. 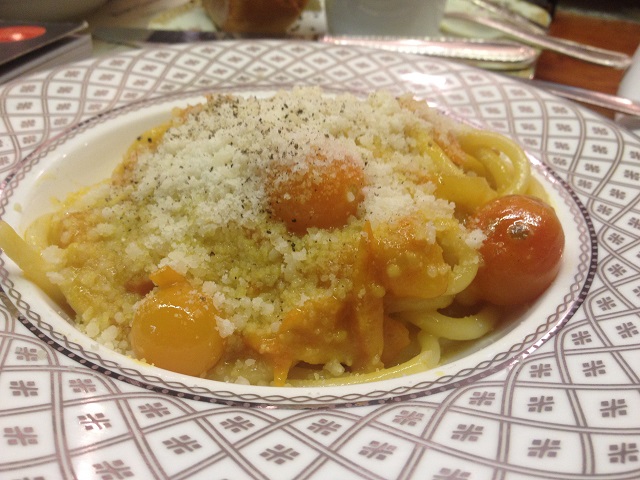 Silverman came to DC because he feels it fosters that sort of creativity. He was seeking a good quality of life for himself and his future employees, and he felt that DC had the right mix of ingredients to support the sort of venture he sought to create.

“DC is changing tremendously and that’s the coolest part of DC—that it changes so fast,” Silverman said. “There is the intelligence, drive and the money to support it in DC, so change can happen so rapidly. It’s incredible, and it’s amazing for business and amazing for creativity. It’s awesome that the city accepted us and what we are doing.”