Access to the President “behind the scenes” by photographers is, in the sense of Presidential history, only a recent development. “Do we really need someone following the President of the United States around every day with a camera?” Bredar asks in his book. When photographer Edward Steichen approached President Lyndon Johnson about it, he posed a simple question: “Just think what it would mean if we had such a photographic record of Lincoln’s presidency?” END_OF_DOCUMENT_TOKEN_TO_BE_REPLACED 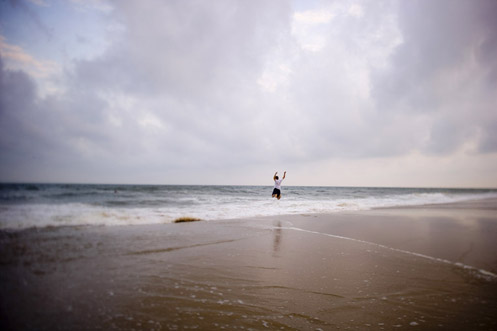 I am truly amazed at the number of photographers who call DC home. Many of them contribute to our photo pool on a constant basis; many of the photos accompanying our articles are taken by local residents who enjoy sharing their work through the Flickr avenue. And then there are others who don’t necessarily contribute through Flickr but still wander the streets, shooting as they desire, creating visual art through images of every day life here in the capital.

Many carry their art beyond images of the DC area in pursuit of a hobby or livelihood they love. On occasion, we take a moment to highlight the greater work of our area shutterbugs and this time we managed to snag Michelle Farnsworth for a quick peek into her life as a DC resident and photographer.

END_OF_DOCUMENT_TOKEN_TO_BE_REPLACED Ever since I started our Weekend Flashback feature to start off your week, I’ve become fascinated with the myriad (just for you, Erin!) of photographers in our area. There’s such a wide range of talent, skill, expertise, and perspectives around here that’s worth sharing, so I decided to begin a periodic feature showcasing our local photogs and their array of works. Because DC imagery makes up only a small part of many of our local photographers’ repertoire, I want to give them a chance to expose their broad range of expertise and work – and their personalities.

Kicking off this periodic feature is Paige Weaver, known on Twitter as Moxie_Marmalade. A baker in Chevy Chase, Paige lives in the Mt. Vernon Triangle area and loves to shoot – and eat! – food on the side.

So who is Paige Weaver? Where do you come from originally?

Well, I grew up in Dallas, TX and ended up in DC via Maine and Tennessee. I graduated college in ’08 and moved to DC for a job, which I quit last August to attended culinary school in New York City. The school I attended emphasizes health supportive cooking — how ironic now that I make desserts for a living. But if you need a vegan, gluten-free dinner party menu, I’m your girl. I hate parsley, don’t discriminate against wine that comes in boxes, and have recently become obsessed with the Civil War.

I’ve also been participating in Project 365 this year, challenging myself to take a photograph every day of 2010. It’s been a great undertaking because it forces me to practice photography every day. As expected, some shots are much better than others, but so far, I haven’t missed a day!