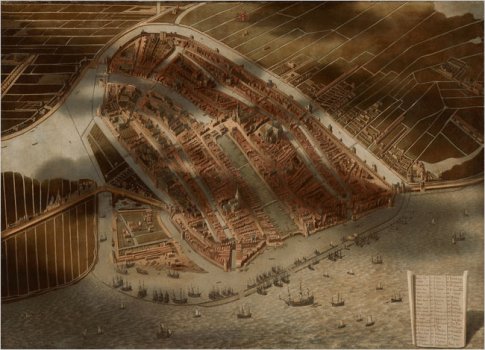 “A Bird’s-Eye View of Amsterdam” (circa 1652), by Jan Micker, based on a 1538 work, courtesy Amsterdam Historical Museum

Two current exhibits at the National Gallery of Art are at first glance dissimilar. “Pride of Place: Dutch Cityscapes of the Golden Age,” is a tightly restrained showcase of the grand Dutch Republic’s view of its cities and public spaces, using cartographic metaphor to show a mighty macrocosm at its seventeenth century height. “Looking In: Robert Frank’s The Americans“ takes on our own republic from a microcosmic perspective, capturing in lush yet depressing detail the consumerist chill of 1950’s America.

But seeing both exhibits in the same afternoon gives you the sense of how art can mirror culture – either cleaning up reality, or showing the truth beneath.

“Pride of Place” could be marched through very quickly, your eye breezily taking in maps and cityscapes in soothing sepia tones. It’s all power and glory and civic cleanliness. But I urge you to resist this temptation to rush, and look closer. Details on these paintings are intensely human, the small smudged faces of the Dutch citizens at work. No attempt is made to sex them up – they are potato-faced plain, staunch and proud in their sensibility and commerce. Their quiet industry is matched with the republic’s burgeoning pride. But every once and a while there’s some guy goofing off in the corner! END_OF_DOCUMENT_TOKEN_TO_BE_REPLACED 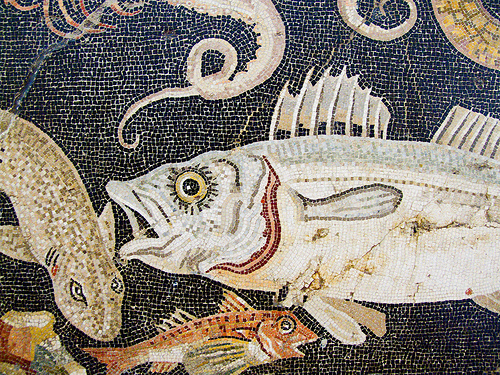